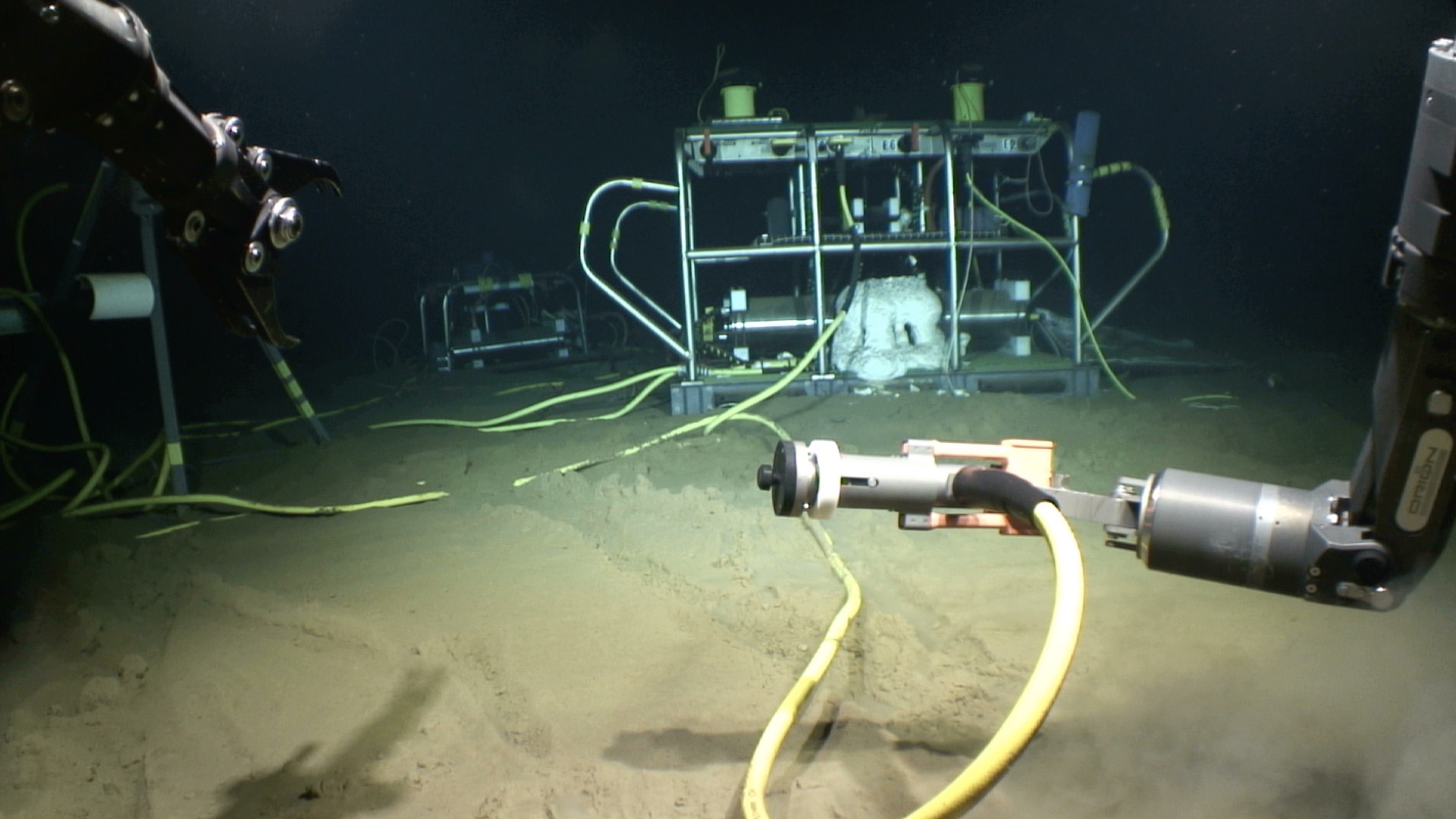 Instrumentation on the seafloor at the Aloha Cabled Observatory with ROV Lu'ukai manipulator arms in view. Credit: ACO/ Lu'ukai, UH

The ACO is the deepest operating ocean observatory on the planet that provides plug-and-play power and Internet to scientific instruments on the seafloor. The development, deployment, and operation of the nearly 3-mile deep observatory is led by the UH Mānoa School of Ocean and Earth Science and Technology (SOEST)–starting in 2002, testing in 2007, and full node deployment in 2011 with support from the National Science Foundation.

“Creating a continuous ten-year data set of temperature, salinity, velocity, acoustics/ocean sound –which are all “essential ocean variables” as defined by the Global Ocean Observing System– is quite a feat,” said Bruce Howe, SOEST professor of Ocean and Resources Engineering, who co-leads ACO. “This accomplishment required vision on the part of the founders, dedicated hard work of many researchers and engineers, and commitment from UH and funding agencies.”

In commemoration of Duennebier’s contributions to the field of cabled observatories and geophysics, the ACO team deployed the memorial plaque for Duennebier at the observatory during the recent cruise.

Onboard the UH research vessel Kilo Moana last month, scientists and crew also used Lu‘ukai to service the infrastructure at ACO and deploy new instrumentation. They connected a video camera system and a sensor package that measures conductivity, temperature, and oxygen.

“Support from the ship’s crew and the ROV Lu‘ukai team was exemplary,” Howe added. “ROV Lu‘ukai proved again it is dependable, ready to go on schedule and has the endurance to operate without technical fault.”

“The scientific value of continuous data from ACO , such as temperature and salinity, increases as the time-series grows longer, now at the 10-year mark,” said Jim Potemra, SOEST specialist who co-leads ACO. “The deep ocean has long been thought to be relatively quiescent in terms of temperature, salinity, and ocean currents.  The ACO has shown that there is in fact variability, albeit small, in these signals. ACO provides measurements of the deep ocean, and these are complemented by water-column measurements from the Hawai‘i Ocean Time-series program and surface measurements from the WHOTS buoy–providing a complete and accurate vertical picture of this influential open ocean biome.”