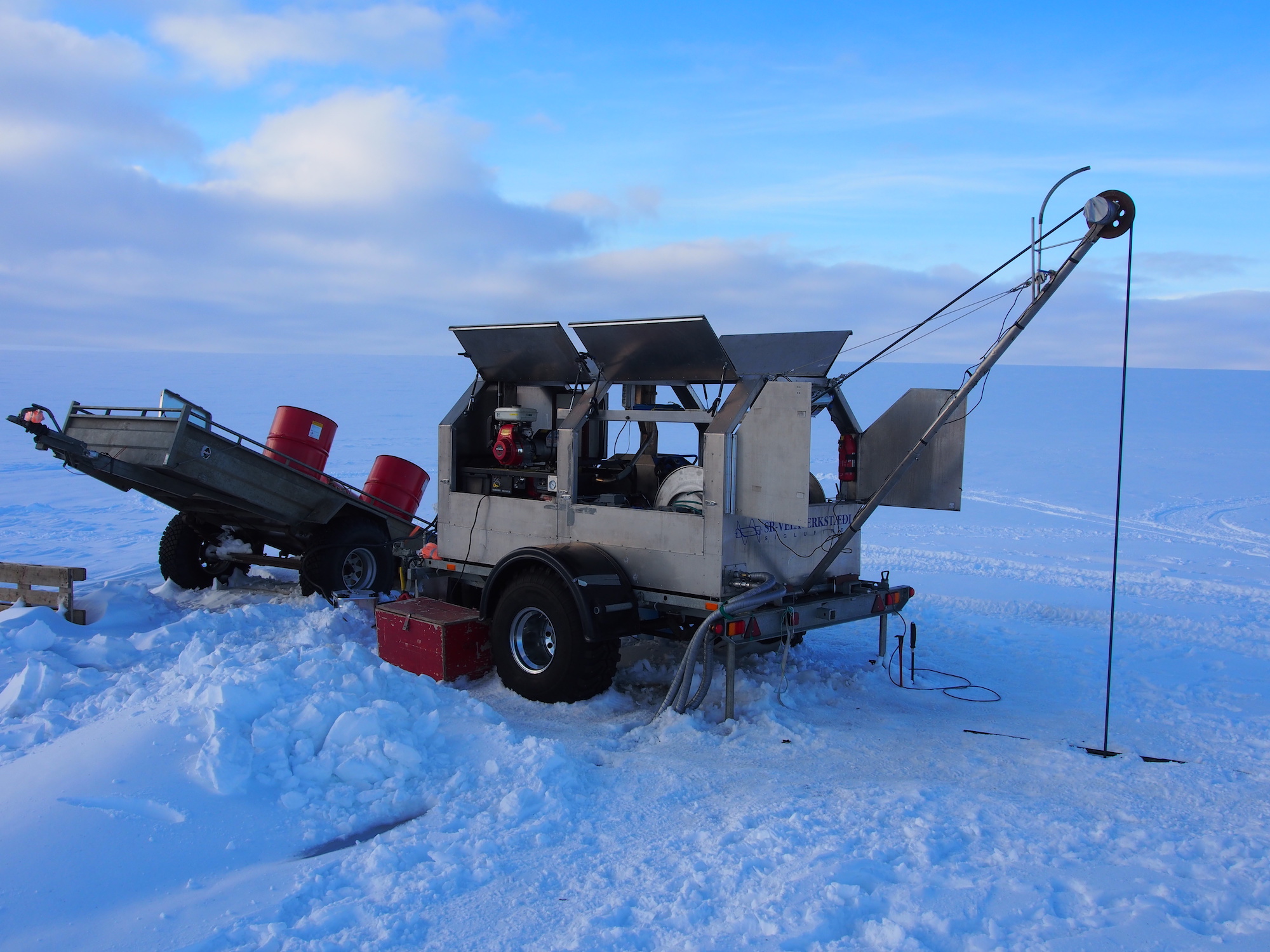 The hot water drill used to drill through the glacier to the subglacial lakes. Credit: Eric Gaidos

A long-standing mystery in the study of glaciers was recently — and serendipitously — solved by a team led by University of Hawai‘i at Mānoa astrobiologist and earth scientist Eric Gaidos. Their findings were published this week in the journal Geophysical Research Letters.

The mystery involves floods or “jokulhlaups” that emerge suddenly and unpredictably from  glaciers or ice caps like those in Iceland where volcanic heat melts the ice and water accumulates in lakes underneath the glaciers.  Scientists have long studied the development of these floods, which are some of the largest on Earth.

“These floods may affect the motion of some glaciers and are a significant hazard in Iceland,” said Gaidos, professor at the UH Mānoa School of Ocean and Earth Science and Technology (SOEST). “But the mechanism and timing of the initiation of these floods has not been understood.”

Then, in June 2015, an unexpected series of events revealed how these floods start.

That summer,  Gaidos and colleagues drilled a hole to one of the Icelandic lakes to study its microbial life. While collecting samples through the borehole, the team noticed a downwards current, like a bathtub drain, in the hole.

“The flow was so strong we nearly lost our sensors and sampling equipment into the hole,” said Gaidos. “We surmised that we had accidentally connected a water mass inside the glacier to the  lake beneath.  That water mass was rapidly draining into the lake.”

A few days later, after the team had left the glacier, the lake drained in a flood. Fortunately, the flood was small and Icelanders have an elaborate early-warning system on their rivers so no people were hurt, nor infrastructure damaged in this event, Gaidos assured.

The researchers used a computer model of the draining of the flow through the hole , and its effect on the lake, to show that this could have triggered the flood.

“We discovered that the glacier can contain smaller bodies of water above the lakes fed by summer melting,” said Gaidos. “If this water body is hydraulically connected to the lake then the pressure in the lake rises and that allows water to start draining out underneath the glacier.”

While the team made an artificial connection to the lake in 2015, natural connections can form  when water from rain or melting snow accumulates in crevasses and the pressure eventually forces a crack through the glacier to the lake.  This discovery provides a new understanding of how these floods can start and how this depends on weather and the season.

Collaborators in Iceland are continuing to research this phenomenon using radio echo-sounding to search for water bodies within the ice, as well as study the larger lake below it.

This work was partly funded by the Sloan Foundation with significant assistance from the Icelandic government agencies, including the Meteorological Office.