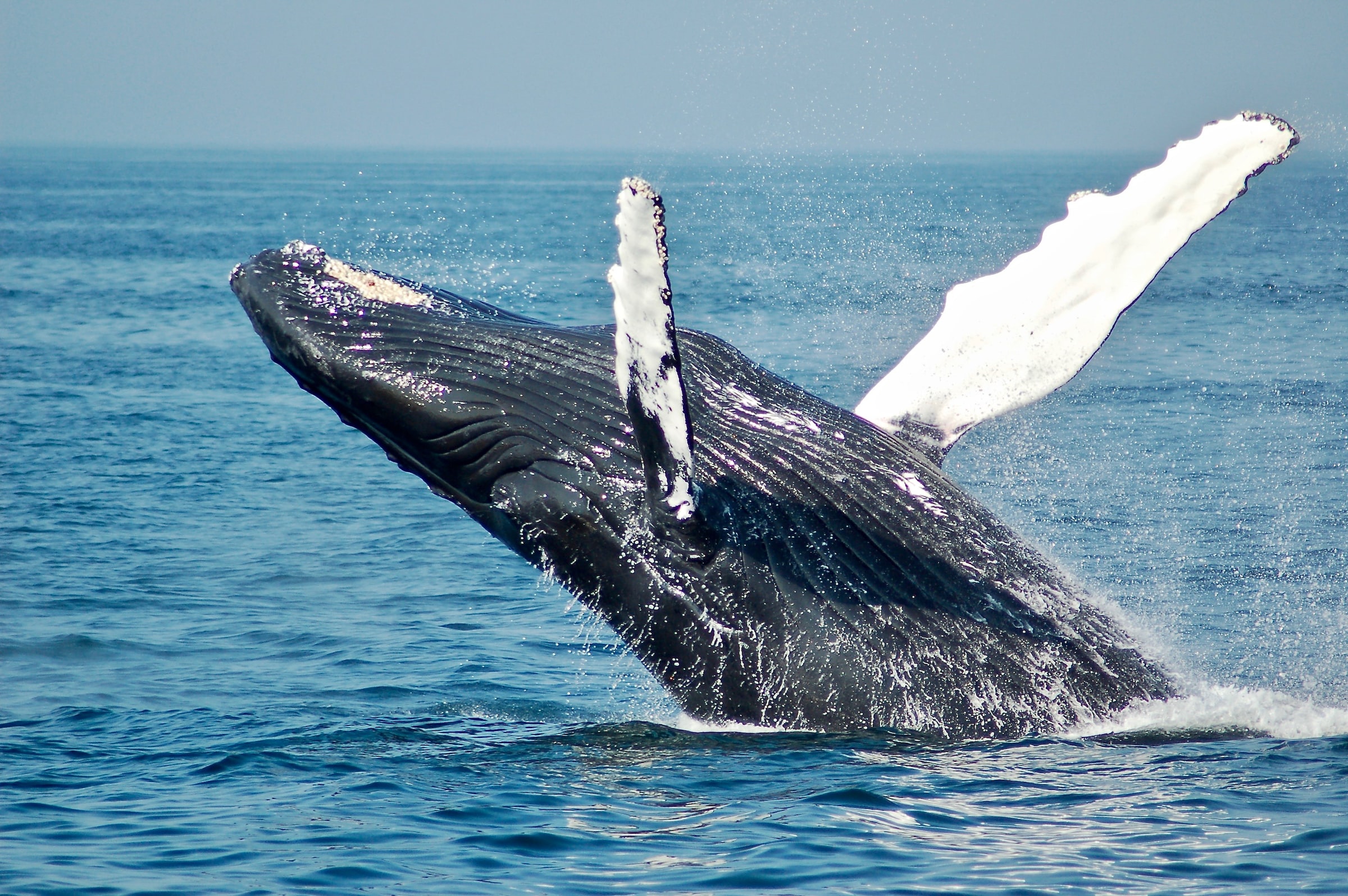 Exploring how whales can influence the amount of carbon in our air and waters and potentially contribute to the overall reduction of atmospheric carbon dioxide is the focus of new research. The team, including University of Hawai‘i at Mānoa oceanographer Craig Smith, published their findings in Trends in Ecology and Evolution, advocating for the importance of understanding the carbon sequestration potential of the planet’s largest animals.

“Understanding the role of whales in the carbon cycle is a dynamic and emerging field that may benefit both marine conservation and climate-change strategies,” write the authors. “This will require interdisciplinary collaboration between marine ecologists, oceanographers, biogeochemists, carbon-cycle modelers, and economists.”

Whales can weigh up to 100 tons, live over 100 years, and be the size of large airplanes. Like all living things, their hefty biomass is composed largely of carbon, and the authors believe that whales may be the largest living carbon pool in the pelagic ocean, part of the marine system that is responsible for storing 22% of Earth’s total carbon.

“Their size and longevity allow whales to exert strong effects on the carbon cycle by storing carbon more effectively than small animals, ingesting extreme quantities of prey, and producing large volumes of waste products,” write the authors, led by Heidi Pearson, a biologist from the University of Alaska Southeast. “Considering that baleen whales have some of the longest migrations on the planet, they potentially influence nutrient dynamics and carbon cycling over ocean-basin scales.”

Whales consume up to 4% of their massive body weight in krill and photosynthetic plankton every day. For the blue whale, this equates to nearly 8,000 pounds. When they finish digesting their food, their excrement is rich in important nutrients that help these krill and plankton flourish, aiding in increased photosynthesis and carbon storage from the atmosphere.

A blue whale can live up to 90 years. When they die and their bodies fall to the seafloor, the carbon they contain is transferred to the deep sea as they decay. This supplements the biological carbon pump, where nutrients and chemicals are exchanged between the ocean and the atmosphere through complex biogeochemical pathways. Commercial hunting, the largest source of population decline, has decreased whale populations by 81%, with unknown effects on biological carbon pump.

“Whale recovery has the potential for long-term self-sustained enhancement of the ocean carbon sink,” the authors write. “The full carbon dioxide reduction role of great whales (and other organisms) will only be realized through robust conservation and management interventions that directly promote population increases.”