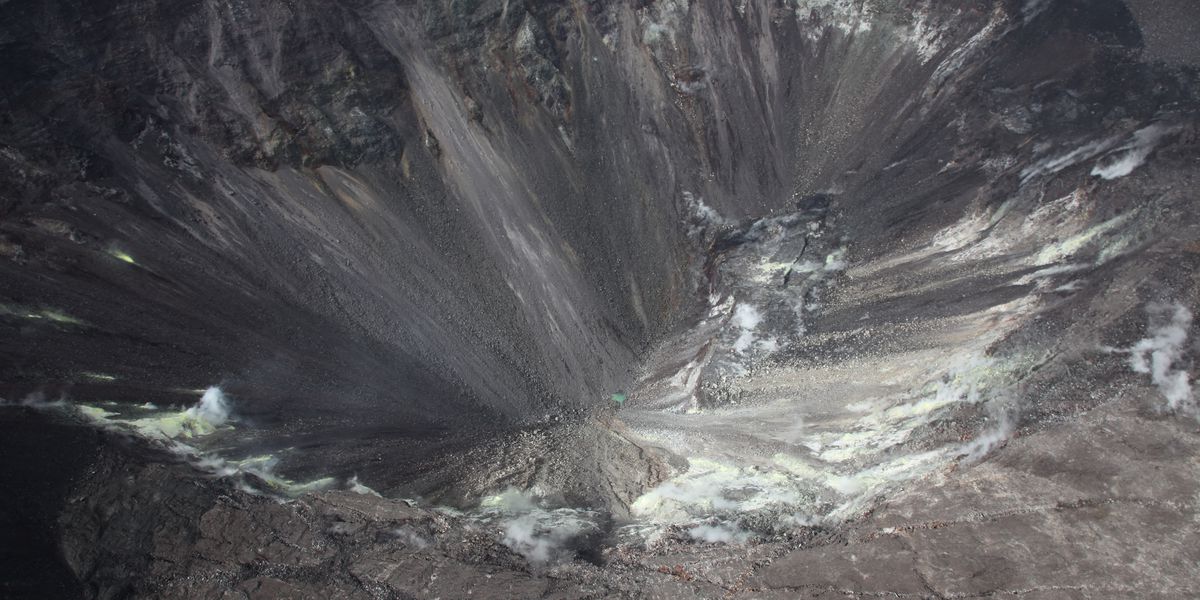 An amazing discovery has been made in Halema‘uma‘u Crater on Hawai‘i Island — water. It was first spotted in late July, but it wasn’t confirmed until 01 August 2019 by the U.S. Geological Survey. Kilaulea volcano’s Halemaumau Crater has filled with lava, and has emptied, and the bottom has collapsed numerous times.

Scott Rowland, a geologist in the Department of Earth Sciences, says, “I think it’s really spectacular.” However, he’s not surprised since the bottom of the crater is now lower than the top of the underground water table. “And I would guess that barring any kind of disturbance, it will continue to percolate in and eventually equilibrate so that the water table and the water level in the crater are more or less the same.”

Although water has not been seen in the crater for at least two hundred years, Rowland notes that “In Hawaiian legends there are mentions of water in Halema‘uma‘u, associated with explosions and Pele and Hi‘iaka.”