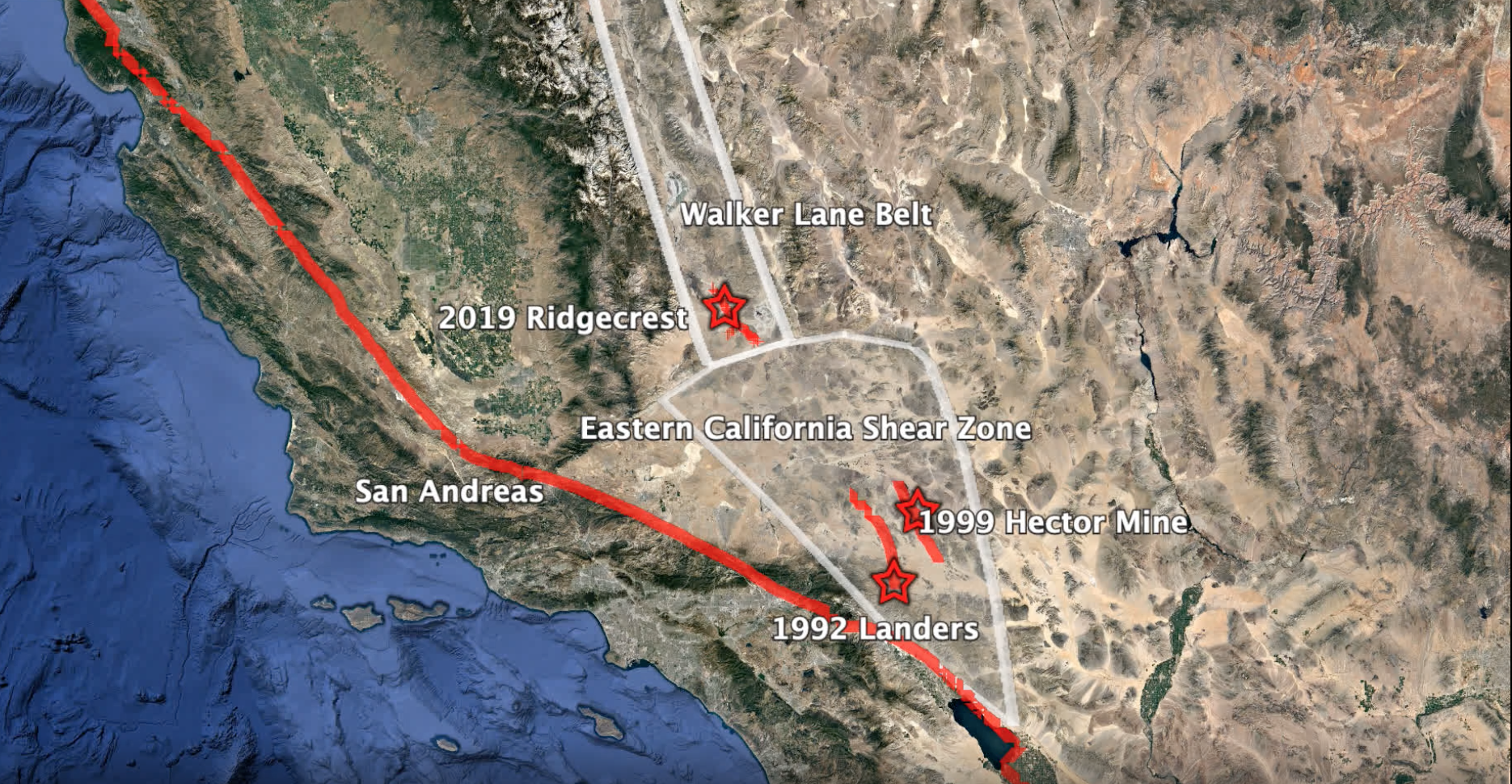 Location of the 2019 Ridgecrest earthquake, in the San Andreas Fault area of California. Credit: Scripps Institution of Oceanography

Watch the video summary of the study here.

They developed a model to explain the existence and behavior of these movements and found these regions moved in this direction because of inelastic deformation, which helped to accommodate the overall fault rupture for the sequence.

Their analysis showed that these retrograde fractures did not actually slip in the wrong direction, but the low strength material in the damaged fault zone, which has now seen three major earthquakes, deformed in response to the stress change from the new earthquakes.

Scientists also do not yet know the age of these young faults, or whether they slip deep into Earth’s crust or only near the surface. Continued use of the improved radar imaging that made this discovery possible may reveal these faults to be more common than previously believed.