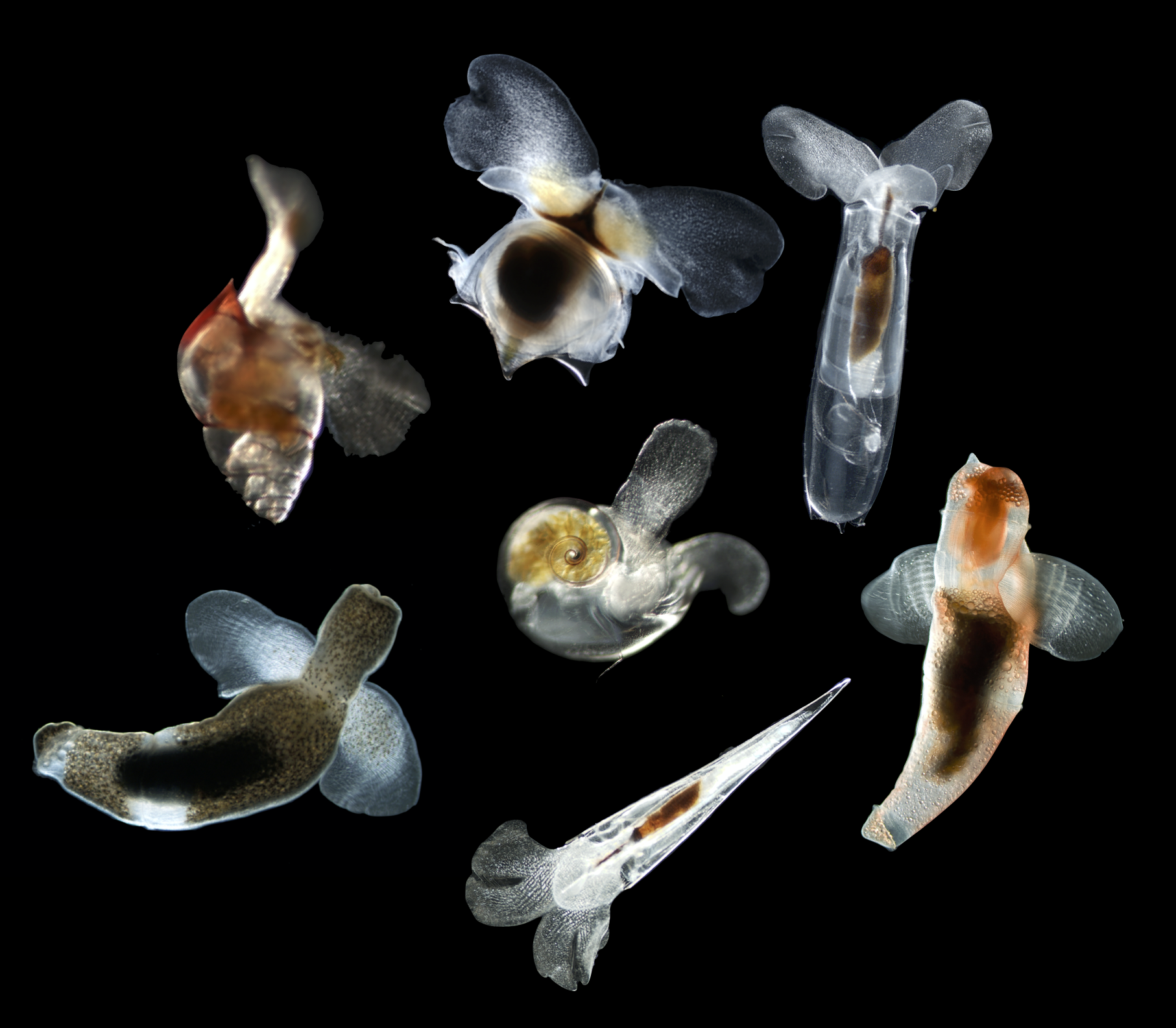 Two groups of tiny, delicate marine organisms, sea butterflies and sea angels, were found to be surprisingly resilient—having survived dramatic global climate change and Earth’s most recent mass extinction event 66 million years ago, according to research published this week in the Proceedings of the National Academy of Sciences co-authored by Erica Goetze, oceanographer in the University of Hawai‘i at Mānoa School of Ocean and Earth Science and Technology.

Sea butterflies and sea angels are pteropods, abundant, floating snails that spend their entire lives in the open ocean. A remarkable example of adaptation to life in the open ocean, these mesmerizing animals can have thin shells and a snail foot transformed into two wing-like structures that enable them to “fly” through the water.

Sea butterflies have been a focus for global change research because they make their shells of aragonite, a form of calcium carbonate that is 50 percent more soluble than calcite, which other important open ocean organisms use to construct their shells. As their shells are susceptible to dissolving in more acidified ocean water, pteropods have been called “canaries in the coal mine,” or sentinel species that signal the impact of ocean acidification.

With some pteropods having thin shells and others having only partial or absent shells, such as the sea angels, their fossil record is patchy. Abundant pteropod fossils are only known from 56 million years ago onward and mostly represent the fully-shelled sea butterflies. These observations led to the notion that evolutionarily, pteropods are a relatively recent group of gastropods.

An international team of researchers led by Katja Peijnenburg from Naturalis Biodiversity Center in the Netherlands sampled 21 pteropod species across two ocean transects as part of the Atlantic Meridional Transect programme and collected information on 2,654 genes. Analyzing these data and key pteropod fossils, the scientists determined that the two major groups of pteropods, sea butterflies and sea angels, evolved in the early Cretaceous, about 139 million years ago.

“Hence, both groups are much older than previously thought and must have survived previous episodes of widespread ocean acidification, such as at the end of the Cretaceous, 66 million years ago, and the Paleocene-Eocene Thermal Maximum, 56 million years ago,” said Peijnenburg.

Knowing whether major groups of pteropods have been exposed to periods of high carbon dioxide is important as researchers attempt to predict how various marine species may respond to current and future global change.

“Although these results suggest that open ocean, shelled organisms have been more resilient to past ocean acidification than currently thought, it is unlikely that pteropods have experienced global change of the current magnitude and speed during their entire evolutionary history,” said Goetze.

It is still an open question whether marine organisms, particularly those that calcify, have the evolutionary resilience to adapt fast enough to an increasingly acidified ocean.

“Current rates of carbon release are at least an order of magnitude higher than we have seen for the past 66 million years,” said Peijnenburg. Hence, she stressed the disclaimer “past performance is no guarantee of future results.”

The science team collaborating on this research included Katja Peijnenburg, Arie Janssen, and Deborah Wall-Palmer from Naturalis Biodiversity Center, Leiden, The Netherlands; Erica Goetze from the University of Hawai’i at Mānoa; Amy Maas from the Bermuda Institute of Marine Sciences; Jonathan Todd from the Natural History Museum, London, U.K., and Ferdinand Marlétaz from the Okinawa Institute of Science and Technology, Japan.