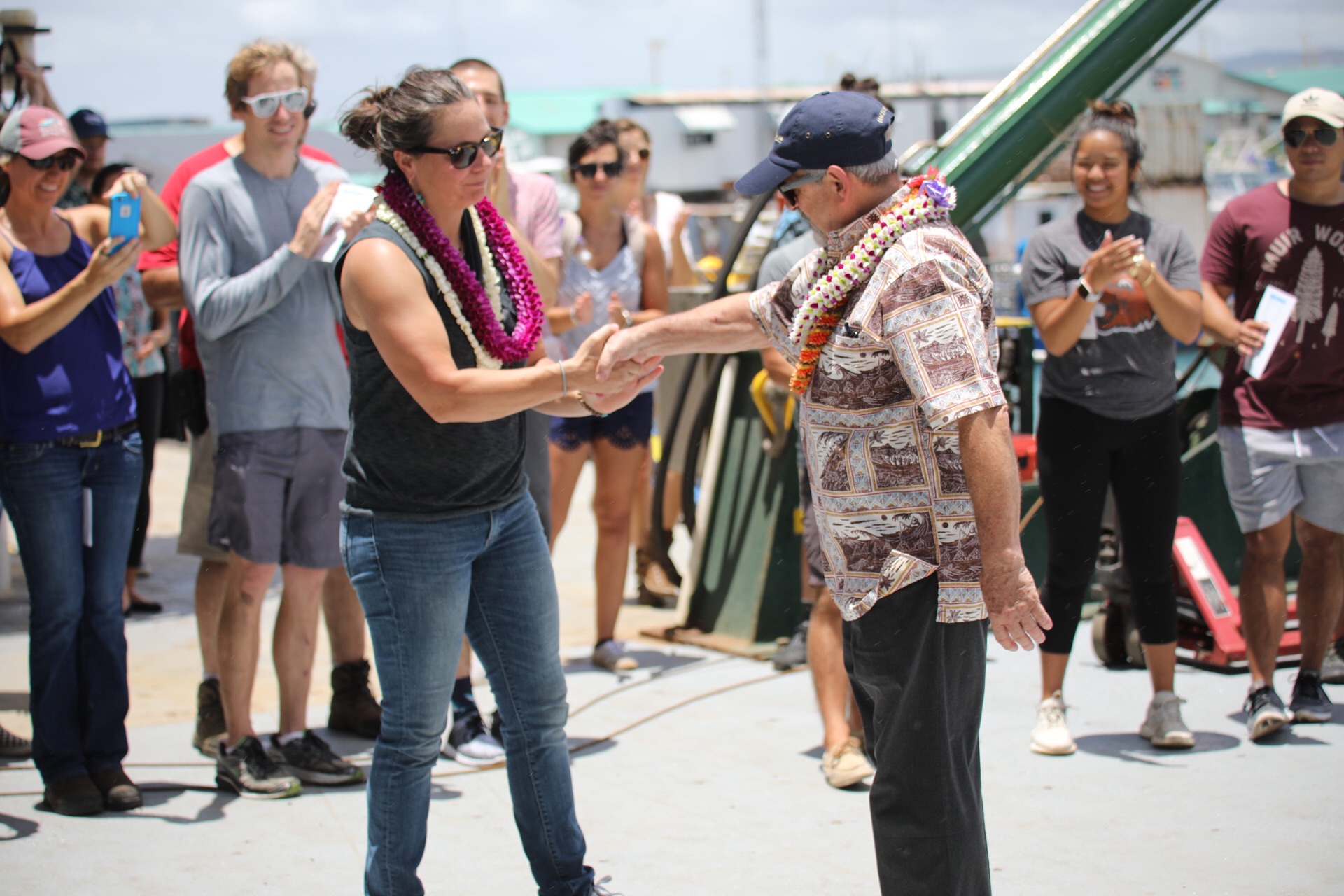 August 1, 2019 marks a transition to new leadership for one of the longest running open ocean research programs in the world. Angelicque White, a newly-hired oceanography associate professor at the University of Hawai‘i (UH) at Mānoa School of Ocean and Earth Science and Technology (SOEST) will lead the next chapter of the monumental Hawai‘i Ocean Time-series (HOT) program.

In 1988, with focus on the biology and chemistry of the open ocean north of the Hawaiian Islands, the HOT program was established by David Karl and Roger Lukas, both professors of oceanography in SOEST. The initiation of the program was in response to a recognized lack of scientific understanding of the structure, dynamics, and controls on major biogeochemical cycles in the sea, especially the carbon cycle.

For more than 30 years, the HOT program has provided consistent, long-term observations of physical, biological and chemical properties of the open ocean in the North Pacific Subtropical Gyre and has led to many discoveries in marine ecology and ocean and climate sciences.

In a ceremony to commemorate the transition, Karl, White and a group of past and present HOT faculty, staff and students; captain and crew of UH research vessels; and SOEST administration gathered at the UH Marine Center prior to the departure of the 314th cruise of the HOT program. Past and current members of the program spoke of the breadth of scientific findings made possible by the program and the educational and personal importance of their involvement in the time-series.

“Science is a team sport, and we have assembled the best team on the planet to address research with great scientific and societal relevance—research that matters!” said Karl in his opening remarks.

“Sustained observation of our planet is a moral imperative for our generation and those to come.  I am proud to lead this program forward with an incredible team at my side,” said White during the ceremony.

The HOT program receives primary funding from the U.S. National Science Foundation (NSF) in partnership with the Simons Foundation, the Gordon and Betty Moore Foundation and the State of Hawai‘i.