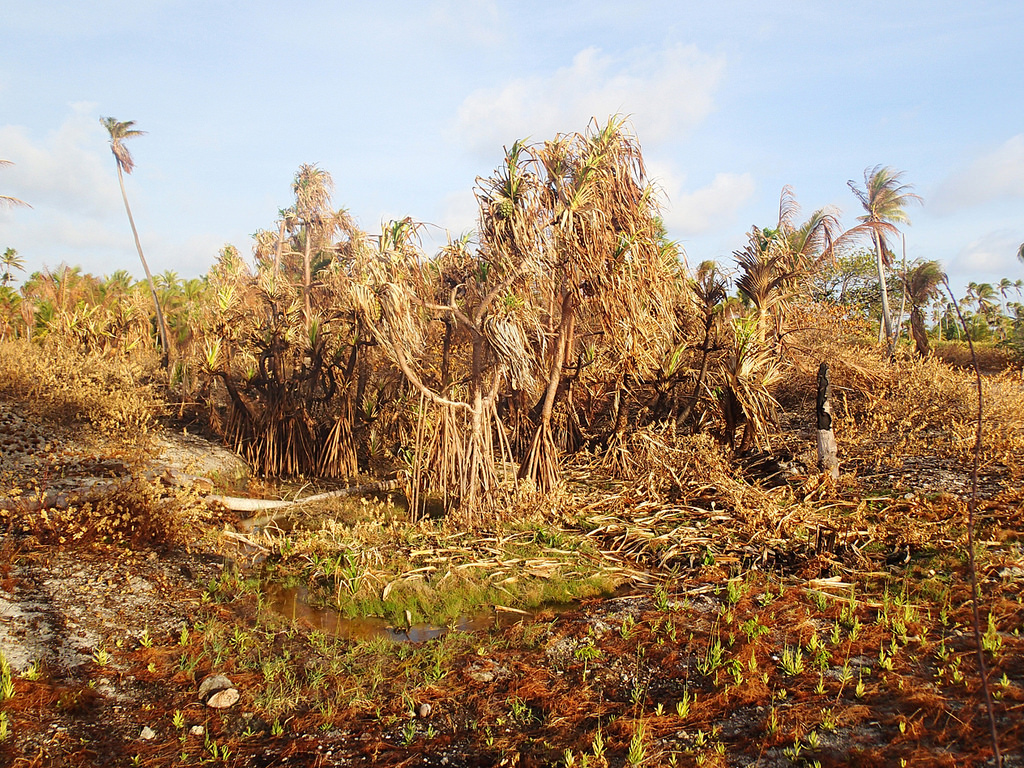 Researchers from SOEST’s International Pacific Research Center (IPRC) and the National Oceanic and Atmospheric Administration (NOAA) secured over $500,000 from NOAA’s Modeling, Analysis, Predictions and Projections Program to assess factors affecting the intensity and duration of droughts over Hawai‘i and U.S.-affiliated Pacific Islands (USAPI) and develop seasonal predictions of rainfall, including floods and droughts.

Droughts reduce soil moisture which impacts agriculture and food security; and drought-related heat has caused dry vegetation to ignite grass fires. Historic droughts, for example in 1998 and 2016 in American Samoa have led to water rationing, emergency shipment of drinking water and health concerns.

The El Nino-Southern Oscillation undoubtedly impacts drought conditions, however, during unprecedented persistence of droughts recently, it has become clear there are other factors that require investigation.

During the three years of the award, IPRC senior researcher Hariharasubramanian (Anna) Annamalai, Arun Kumar with the Climate Prediction Center at NOAA, Maryland, and John Marra, director of Climate Services for the Pacific Islands at NOAA, Honolulu, will build on the seasonal predictions of rainfall, floods and droughts over Hawai‘i and USAPI they have been working on for over a decade.

“In consultation with local stakeholders, there is a need in the Insular Pacific to identify precursors to monitor and predict the severity and persistence of droughts,” said Annamalai.

To make this research relevant to communities, the level at which the drought or flooding become noteworthy is based on specific stakeholder-relevant thresholds.

“Our team will assess the predictability of drought life cycles, develop a robust system for drought monitoring, and work closely with various regional stakeholders and National Integrated Drought Information System to link the research results to improve drought prediction,” said Annamalai. “Our overarching goal is to work towards the development of a Drought Early Warning System in the Pacific.”