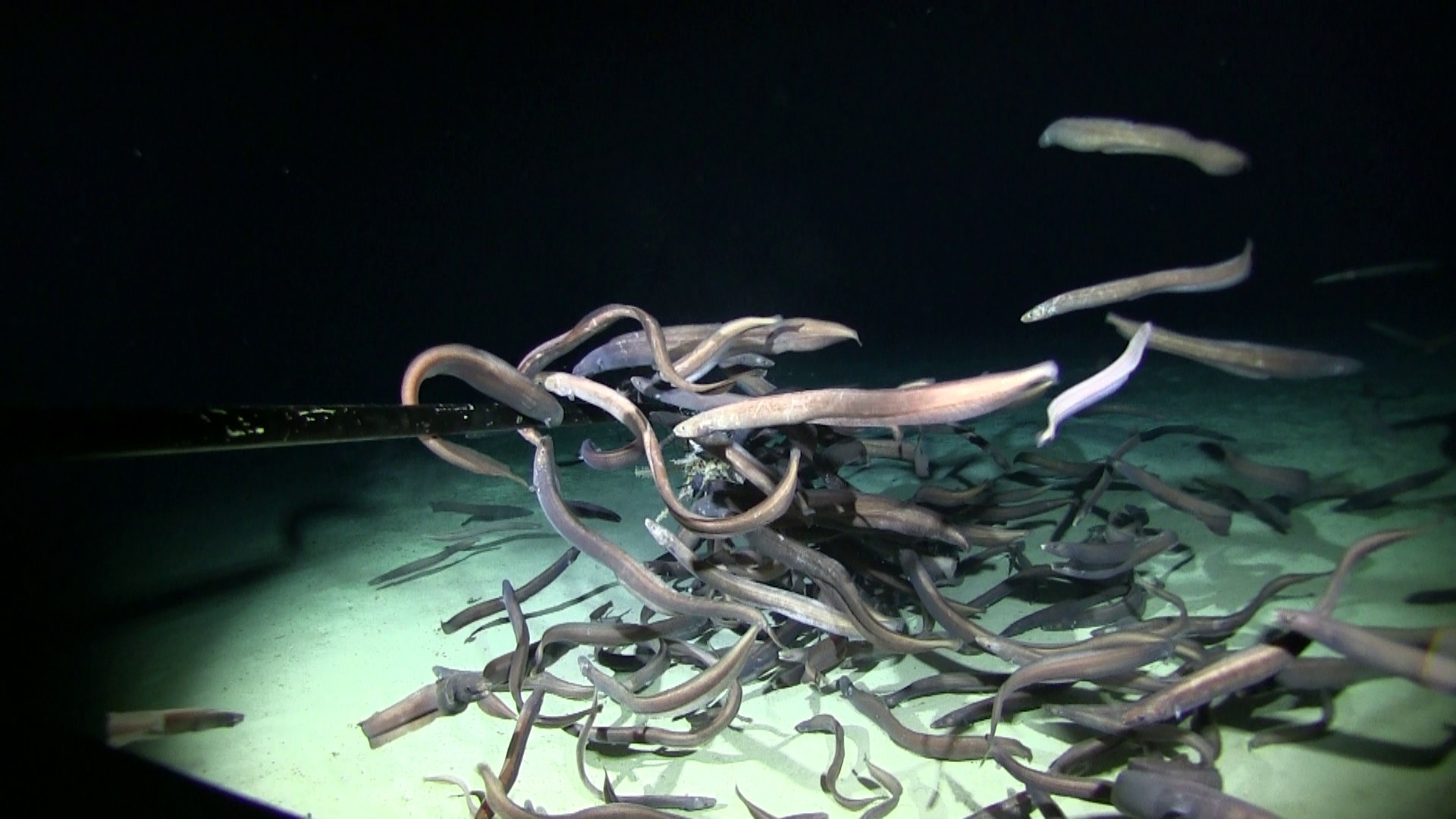 The largest aggregation of fishes ever recorded in the abyssal deep sea was discovered by a team of oceanographers from the University of Hawai‘i at Mānoa (UH, USA), Monterey Bay Aquarium Research Institute (MBARI, USA) and the National Oceanography Centre (NOC, UK). Their findings were published recently in Deep-Sea Research.

“Our observations truly surprised us,” said Astrid Leitner, lead author on the study, who conducted this work as graduate researcher in the UH Mānoa School of Ocean and Earth Science and Technology (SOEST). “We had never seen reports of such high numbers of fishes in the sparsely-populated, food-limited deep-sea.”

The researchers, including Leitner, Jennifer Durden (NOC) and professors Jeffrey Drazen (Leitner’s doctoral research advisor) and Craig Smith, made the observation on an expedition to the Clarion-Clipperton Zone (CCZ). The CCZ is a large region stretching nearly from Hawai‘i to Mexico, which is being explored for deep sea mining of nodules containing metals such as copper, cobalt, zinc and manganese.

Abyssal seamounts, deep underwater mountains whose summits are 9,800 ft (3,000 m) below the sea surface, dot the deep seascape and are some of the least explored habitats on the planet. During the expedition, the research team sampled three of these seamounts and their surrounding plains as part of an effort to establish an ecological baseline prior to extraction activities.

On the summit of one of the three previously unmapped and completely unexplored seamounts, the team captured on video a swarm of 115 cutthroat eels (Family Synaphobranchidae) at a small bait package containing about two pounds (1 kg) of mackerel. A few eels were caught in a baited trap and identified to be of the species Ilyophis arx, a poorly known species with fewer than 10 specimens in fish collections worldwide.

These eels were observed at the top of all of the seamounts, but not on the surrounding abyssal plain. The findings provide evidence for an abyssal seamount effect (where these mountains can support much higher numbers of animals than other surrounding habitats), and also indicate these eels are likely to be seamount specialists.

After returning from the expedition, the team determined they had documented the highest number of fishes ever been recorded at one time in the abyssal ocean—almost double the previous record.

“If this phenomenon is not just isolated to these two seamounts in the CCZ, the implications on deep sea ecology could be widespread,” said Leitner, who is now a postdoctoral researcher at the Monterey Bay Aquarium Research Institute. “Our findings highlight how much there is still left to discover in the deep sea, and how much we all might lose if we do not manage mining appropriately.”