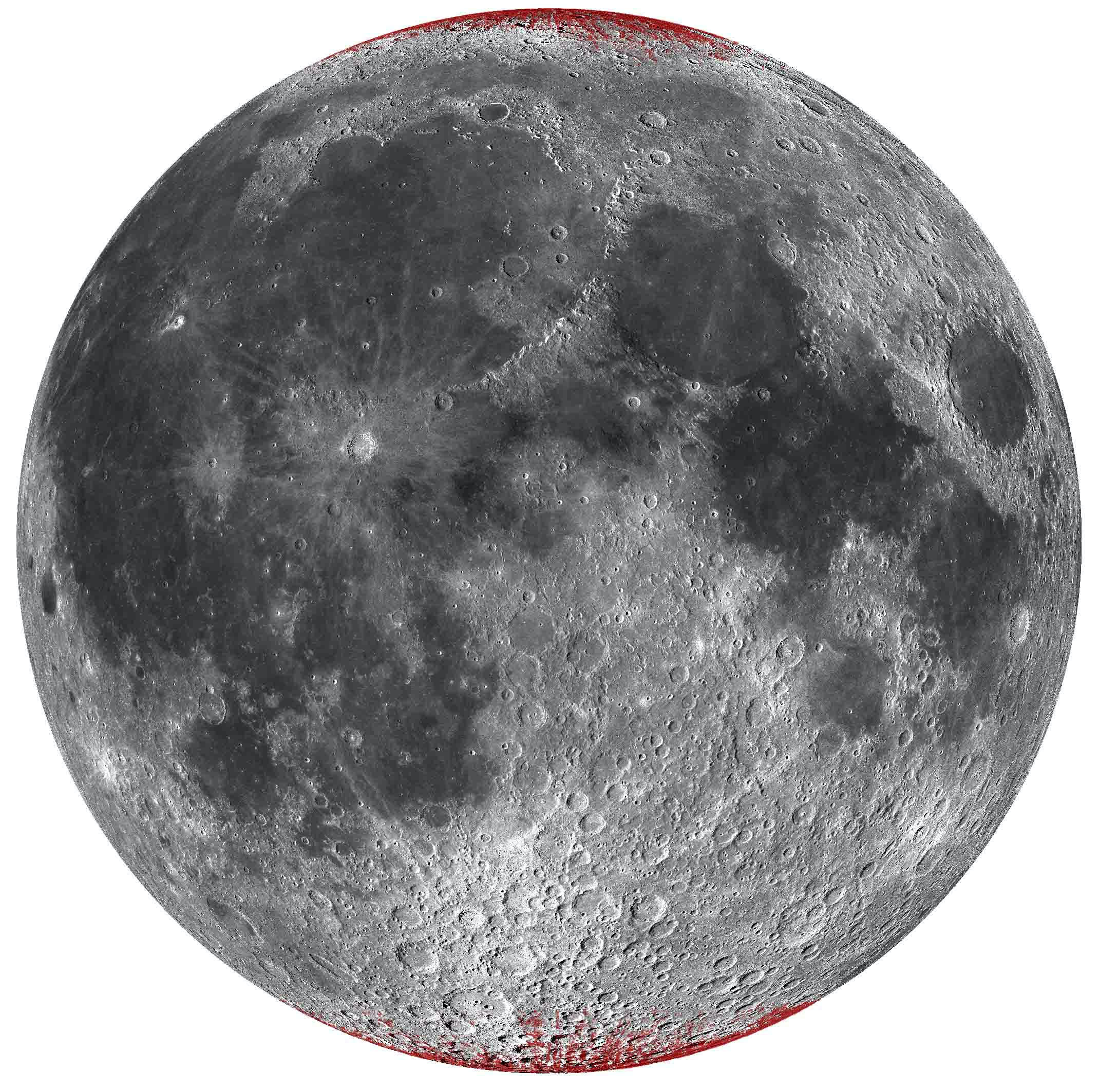 To the surprise of many planetary scientists, the oxidized iron mineral hematite has been discovered at high latitudes on the Moon, according to a study published today in Science Advances led by Shuai Li, assistant researcher at the Hawai‘i Institute of Geophysics and Planetology (HIGP) in the UH Mānoa School of Ocean and Earth Science and Technology (SOEST).

Iron is highly reactive with oxygen—forming reddish rust commonly seen on Earth. The lunar surface and interior, however, are virtually devoid of oxygen, so pristine metallic iron is prevalent on the Moon and highly oxidized iron has not been confirmed in samples returned from the Apollo missions. In addition, hydrogen in solar wind blasts the lunar surface, which acts in opposition to oxidation. So, the presence of highly oxidized iron-bearing minerals, such as hematite, on the Moon is an unexpected discovery.

“Our hypothesis is that lunar hematite is formed through oxidation of lunar surface iron by the oxygen from the Earth’s upper atmosphere that has been continuously blown to the lunar surface by solar wind when the Moon is in Earth’s magnetotail during the past several billion years,” said Li.

This new research was inspired by Li’s previous discovery of water ice in the Moon’s polar regions in 2018.

“When I examined the M3 data at the polar regions, I found some spectral features and patterns are different from those we see at the lower latitudes or the Apollo samples,” said Li. “I was curious whether it is possible that there are water-rock reactions on the Moon. After months investigation, I figured out I was seeing the signature of hematite.”

The team found the locations where hematite is present are strongly correlated with water content at high latitude Li and others found previously and are more concentrated on the nearside, which always faces the Earth.

“More hematite on the lunar nearside suggested that it may be related to Earth,” said Li. “This reminded me a discovery by the Japanese Kaguya mission that oxygen from the Earth’s upper atmosphere can be blown to the lunar surface by solar wind when the Moon is in the Earth’s magnetotail. So, Earth’s atmospheric oxygen could be the major oxidant to produce hematite. Water and interplanetary dust impact may also have played critical roles”

“Interestingly, hematite is not absolutely absent from the far-side of the Moon where Earth’s oxygen may have never reached, although much fewer exposures were seen,” said Li. “The tiny amount of water (< ~0.1 wt.%) observed at lunar high latitudes may have been substantially involved in the hematite formation process on the lunar far-side, which has important implications for interpreting the observed hematite on some water poor S-type asteroids.”

“This discovery will reshape our knowledge about the Moon’s polar regions,” said Li. “Earth may have played an important role on the evolution of the Moon’s surface.”

The research team hopes the NASA’s ARTEMIS missions can return hematite samples from the polar regions. The chemical signatures of those samples can confirm their hypothesis whether the lunar hematite is oxidized by Earth’s oxygen and may help reveal the evolution of the Earth’s atmosphere in the past billions of years.