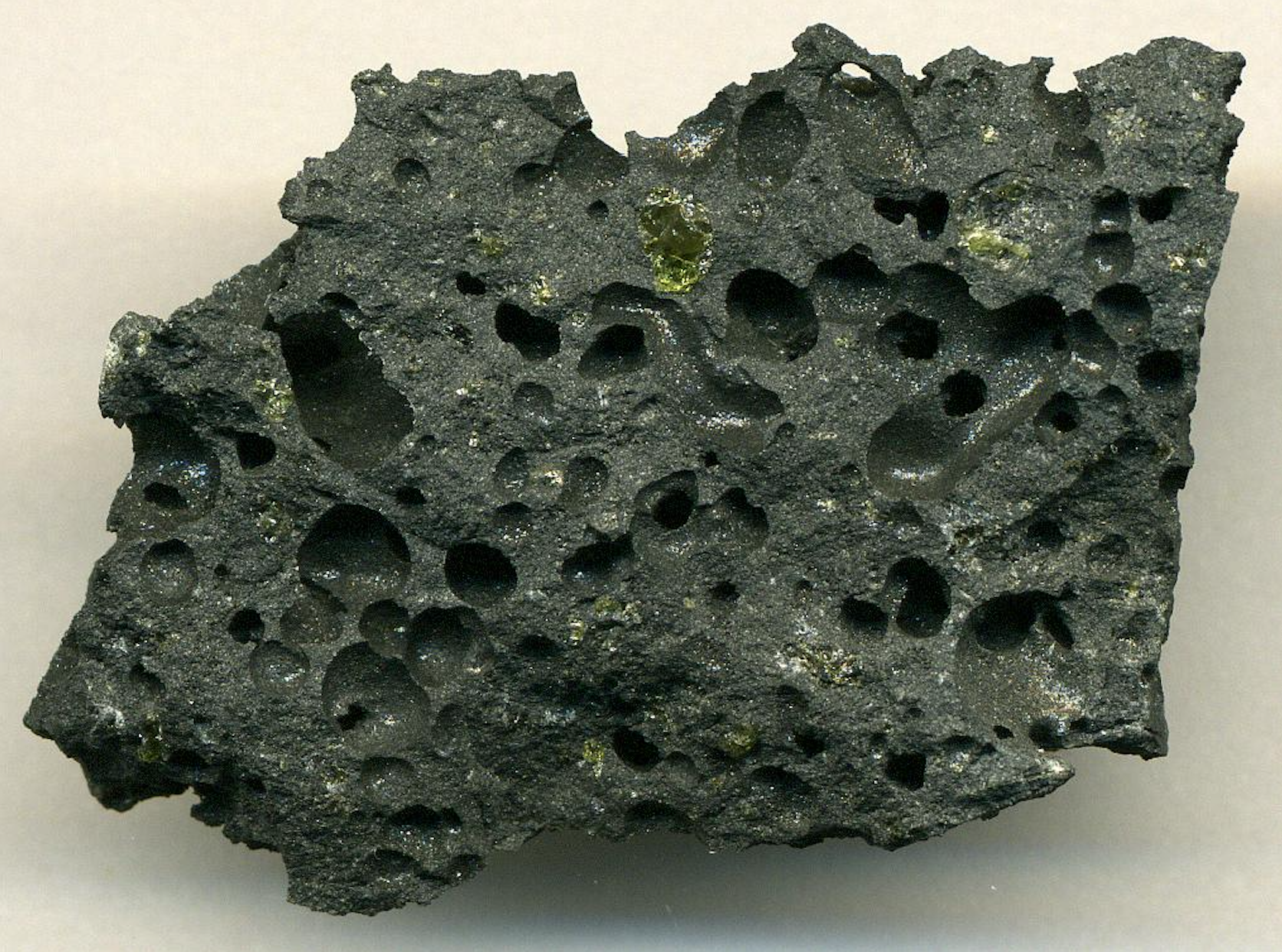 Most people in Hawaiʻi are familiar with—olivine—a gorgeous light green mineral in basalt rock that makes Mahana Beach on Hawaiʻi Island one of the few “green sand” beaches in the world. Researchers are using olivine as a type of “crystal clock,” where its chemical make-up (in particular how its chemical elements are distributed from core to rim) can be analyzed and exploited to read time information. Leading the investigation is Thomas Shea, a SOEST assistant researcher, who received $554,181 from a National Science Foundation CAREER award over the next five years.

Shea plans to experimentally calibrate these crystal clocks in a lab and apply the findings to understand natural systems on Hawaiʻi Island.

“UH has for many decades been an essential component and leader in the study of active volcanoes,” said Shea, who works in the School of Ocean and Earth Science and Technology’s Department of Earth Sciences. “I hope to continue this long tradition of conducting frontier volcanological research with many of my colleagues at UH and in collaboration with the Hawaiian Volcano Observatory, part of the United States Geological Survey. Hawaiʻi is such a special place on Earth geologically, and we consider the study of our dynamic environment and natural hazards an absolutely critical mission of UH.”

Getting students informed and interested in Earth science careers is of utmost importance for Hawaiʻi and one of the major endeavors of the five-year award. With respect to the research components, given the destructive outcome of the last large eruption at Kīlauea volcano in 2018, better understanding the timing of events that happen underneath the surface prior to these eruptions is also of key significance for Hawaiʻi.

An exploratory aspect of the work planned for this award is to use a set of samples that were collected from a hot lava lake over nearly 30 years (1959-88). A large eruption filled an existing crater at the summit of Kīlauea in 1959 with a lava lake, and this lake formed a hard crust and took more than 40 years to fully solidify (62 years later, that lava is no longer molten but still hot deep underneath).

During those years, scientists drilled through the hard crust to sample lava at the different depths, and repeatedly over three decades.

“Today we have a remarkable time series of samples from the 1960-80s that are sort of like a 30-year-long magma cooling experiment where we can track chemical changes in the olivine and see if they behave like faithful ‘crystal clocks’ that we will be able to leverage for more recent and future eruptions,” said Shea.

The educational component of the award proposes to use hands-on experimentation and active learning to get Hawaiʻi students (particularly at the pre-college level) excited about STEM and discover some of the fascinating facets of Earth sciences. This will involve both on-site activities and programs at UH and going to classrooms in high schools around Oʻahu and potentially Hawaiʻi Island.

“Part of our mission as scientists and teachers—and our responsibility to the state of Hawaiʻi —is to investigate and understand natural phenomena and educate our children and local population,” added Shea. “Only a small percentage of our local students are taught about Earth sciences in secondary schools statewide. Yet the coming decades pose formidable challenges in terms of hazards related to natural phenomena, not just volcanic eruptions at our four most active volcanoes (Kīlauea, Mauna Loa, Hualālai and Haleakalā) but coastal erosion, reef survival and climate change.”