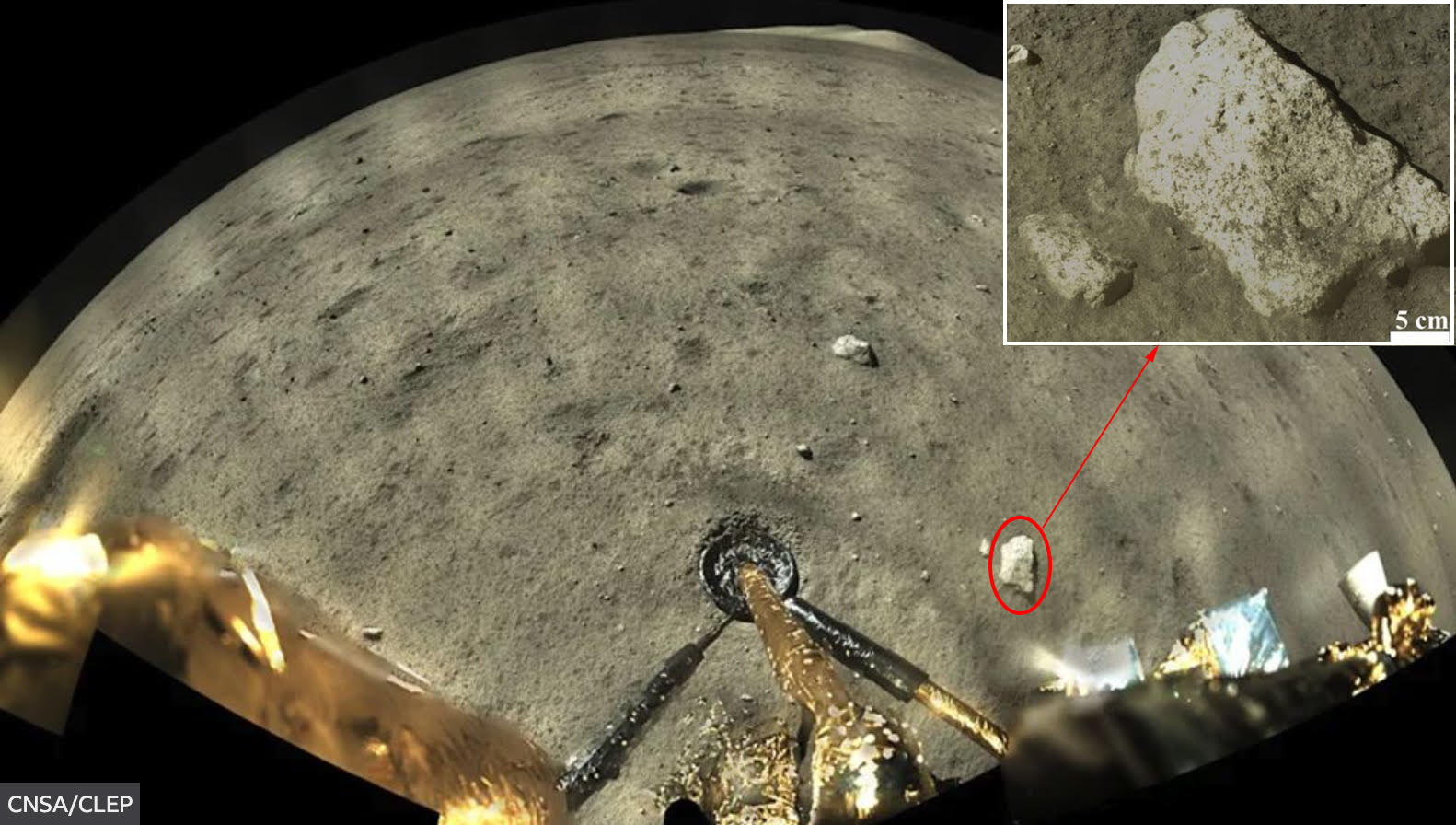 The first on-the-ground detection of water on the Moon’s surface was reported by an international team of researchers, including Shuai Li, a planetary geologist at the University of Hawai‘i (UH) at Mānoa. Understanding the concentrations and distributions of water on the Moon is critical to understanding its formation and evolution, and to providing water resources for future human exploration.

Li along with Honglei Lin and Rui Xu, both scientists at the Chinese Academy of Sciences, led the study to analyze spectrometer data from the Chinese Chang’E 5 lunar lander that visited the Moon in 2020. Previous research provided evidence of lunar surface water based on sensors orbiting the Moon or measurements of water molecules in samples returned to Earth. The new study, published today in Science Advances, reported the first in-situ measurements of water on the lunar surface and ground truths past observations.

The Chang’E 5 lander was equipped with a spectrometer, a scientific instrument that receives reflected sunlight from the lunar surface and, depending on how the light is absorbed or reflected, can indicate the mineralogy and water content of the surface materials. The spectrometer onboard the lander performed measurements of the landscape and a rock, providing the unprecedented opportunity to detect lunar surface water.

“We analyzed the reflectance data from the spectrometer onboard the lander using similar methods that had been used in my previous studies to understand the distribution and origins of water on the Moon,” said Li, who is an assistant researcher at the Hawai‘i Institute of Geophysics and Planetology in the UH Mānoa School of Ocean and Earth Science and Technology (SOEST).

Most lunar soils analyzed at the landing site are extremely dry, not much different from Apollo samples returned around 50 years ago. However, a piece of rock near the lander was full of vesicles and spectrometer data indicated a higher water content.  That was a surprise to the researchers.

“Most likely the rock is an igneous origin, similar to lava rocks seen near the beach of Hawai‘i,” said Li.

“Compositional and orbital remote sensing analyses show that the rock may be excavated from an older basaltic unit and ejected to the landing site of Chang’E-5,” added lead author Honglei Lin, associate professor at the Institute of Geology and Geophysics of Chinese Academy of Sciences. “Thus, the lower water content of the soil, as compared to the higher water content of the rock fragment, may suggest the degassing of the mantle reservoir beneath the Chang’E-5 landing site.”

This discovery is consistent with the prolonged volcanic eruptions in the region, and it reinforces Li’s previous findings that in-situ resource utilization of lunar water may be only limited to pyroclastic deposits at the lunar low latitude and water ice deposits in the lunar permanently shaded regions near the poles.

The recent findings also provide vital geological context for the analysis of the rock samples returned to Earth by the Chang’E-5 mission in December 2020. Further, Li hopes to cross-validate the spectroscopic observations with analysis of returned samples.

The study was done in collaboration with National Space Science Center of CAS (Yang Liu), Shanghai Institute of Technical Physics of CAS (Rui Xu and He Zhiping) and Nanjing University (Hejiu Hui).