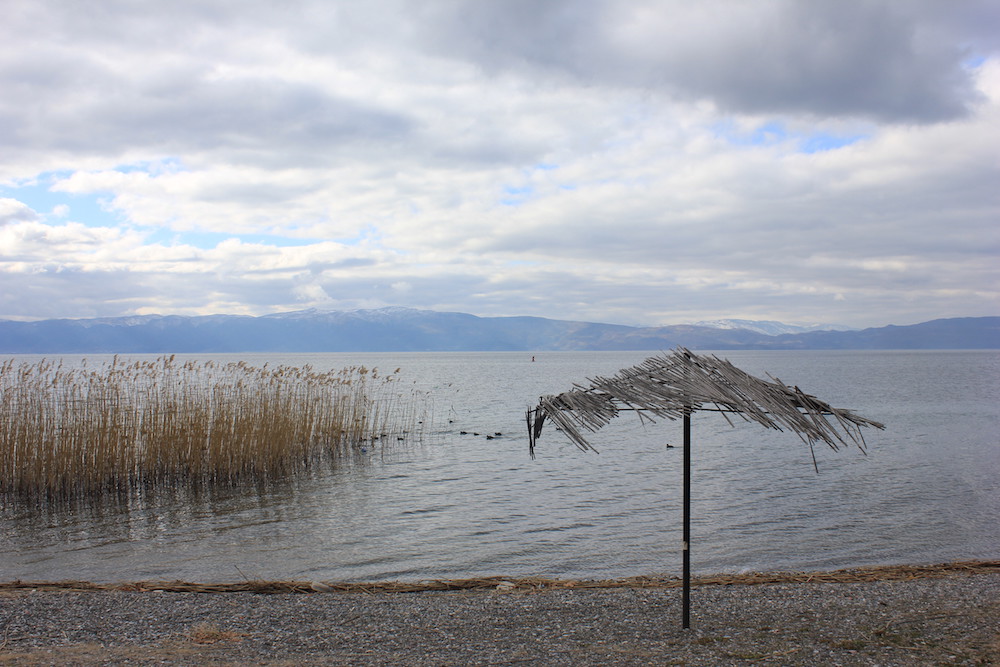 An international team of almost 50 scientists, including University of Hawai‘i at Mānoa oceanography researcher Tobias Friedrich, published a study in the journal Nature wherein they analysed one of the longest lake sediment records—more than 1500 feet—from Lake Ohrid with a nearly complete sediment succession spanning nearly 1.4 million years. Their analysis revealed that Lake Ohrid first formed 1.36 million years ago, making it the oldest continuously existing lake in Europe, and allowed the team to reconstruct Mediterranean climate over the entire history of the lake in exquisite detail.

Lake Ohrid, located at the border between the Republics of Albania and North Macedonia, is famous for its exceptional biodiversity, with more than 300 unique (endemic) animal and plant species that are found nowhere else in the world. The collaborative project aimed to obtain new information about the age and origin of the lake, the climate history of the northern Mediterranean region, and the reasons for the high degree of endemism and biodiversity.

“Once we realized that we had had recovered one of the longest and most complete lake sediment records to date our team was blown away,” said lead author Bernd Wagner at the University of Cologne (Germany).

By analyzing the sediment core for the type and amount of pollen and carbon contained in its many layers, researchers were able to reconstruct swings in temperature and rainfall through time. With this, the team had high-resolution and independently-dated climate and fossil data from the Mediterranean region.

Friedrich, who’s expertise is computer modeling of past and future climate, ran computer simulations of Earth’s past glacial cycles that account for ocean and atmospheric conditions and estimates of vegetation in the Mediterranean region.

The team could then compare changes in climate and rainfall through time as indicated by two separate sources—sediment records and computer modeling.

“Deriving a climate reconstruction for 1.36 million years with this quality and resolution is a miracle in itself,” said Friedrich. “The fact that the results of my computer climate modeling agreed very well with the reconstruction is another miracle.”

The amount of winter time rainfall in the Mediterranean region has been subject to large swings over the last 1.36 million years. In coupling the two approaches, the team could also assess the drivers of rainfall variation and factors affecting regional biodiversity. They analyzed how stronger rainfall was generated in phases of warm climate and noticed that a combination of warm Mediterranean Sea temperatures and specific parameters of Earth’s orbit change the atmospheric circulation resulting in an increased rainstorm activity in the Mediterranean region.

The general mechanisms that control winter rainfall in the Mediterranean have been documented previously. However, this study is the first to show that they have been at work for so long and to explain how the different mechanisms act in concert on time scales of thousands of years.

“Some of the characteristics we identified in the past (phases of very warm Mediterranean Sea combined with little Arctic sea-ice cover) are also projected for the near future,” said Friedrich. “This work enhances our understanding of how long-term changes in carbon dioxide, Earth’s orbit and ice shape Earth’s climate on regional scales. Hence, it can serve as an example of what global warming could bring to this region.”