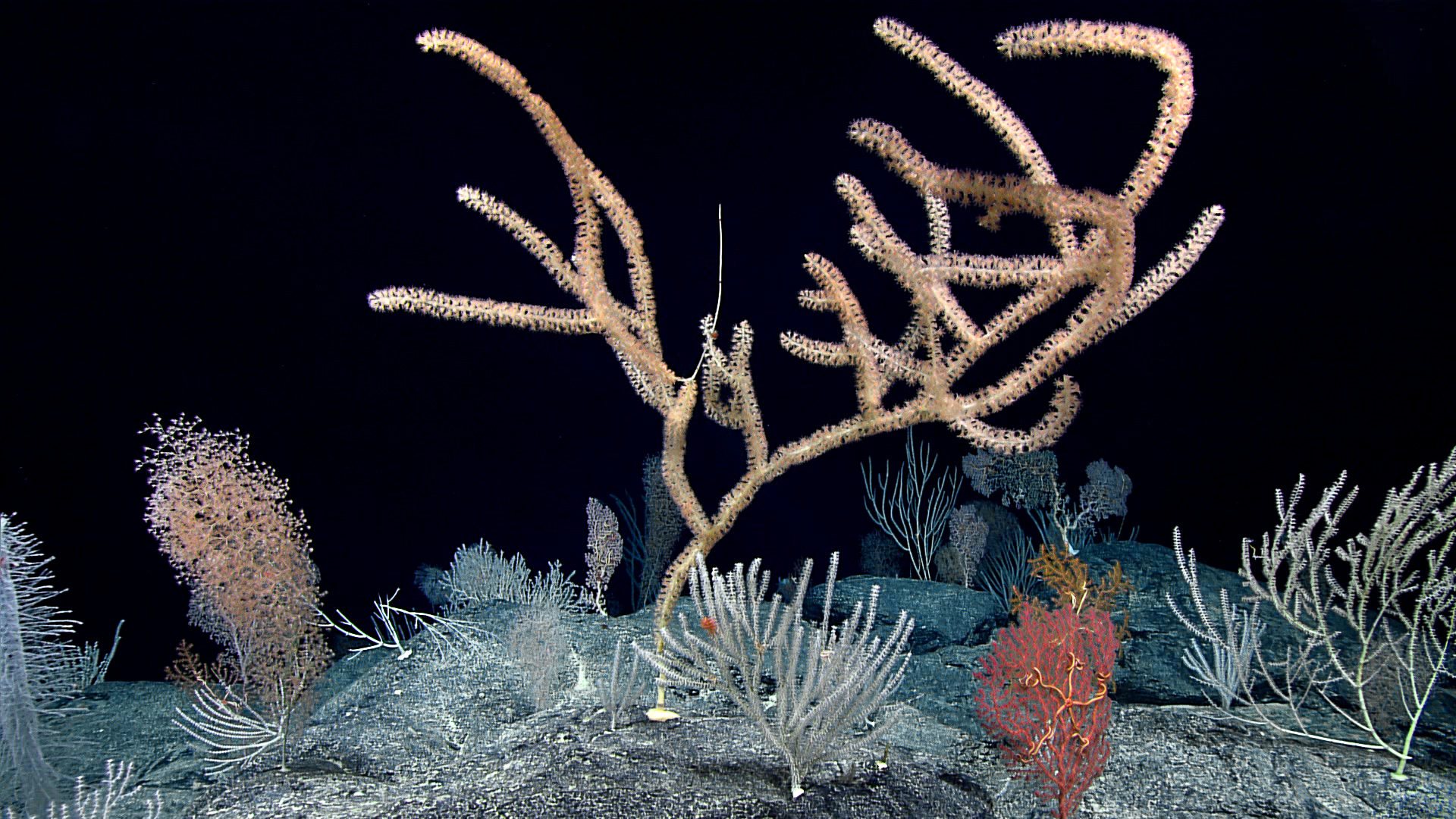 A diverse, dense coral community was present throughout the dive at Debussy Seamount. Several colonies were very large, indicating a stable environment for many years. Credit: NOAA OER

A new publication on the impacts of deep-seabed mining by 13 prominent deep-sea biologists, led by University of Hawai‘i at Mānoa oceanography professor Craig Smith, seeks to dispel scientific misconceptions that have led to miscalculations of the likely effects of commercial operations to extract minerals from the seabed.

The deep sea, ocean depths below 650 feet (200 metres), constitutes more than 90% of the biosphere, harbors the most remote and extreme ecosystems on the planet, and supports biodiversity and ecosystem services of global importance. Interest in deep-seabed mining for copper, cobalt, zinc, manganese and other valuable metals has grown substantially in the last decade and mining activities are anticipated to begin soon.

“As a team of deep-sea ecologists, we became alarmed by the misconceptions present in the scientific literature that discuss the potential impacts of seabed mining,” said Smith. “We found underestimates of mining footprints and a poor understanding of the sensitivity and biodiversity of deep-sea ecosystems, and their potential to recover from mining impacts. All the authors felt it was imperative to dispel misconceptions and highlight what is known and unknown about deep seabed mining impacts.”

In addition to the impacts of mining on ecosystems in the water above extraction activities, as detailed in another UH-led study published last month, Smith and co-authors emphasize deep-seabed mining impacts on the seafloor, where habitats and communities will be permanently destroyed by mining.

“The bottom line is that many deep-sea ecosystems will be very sensitive to seafloor mining, are likely to be impacted over much larger scales than predicted by mining interests, and that local and regional biodiversity losses are likely, with the potential for species extinctions,” said Smith.

The scope of mining impacts from full scale mining, however, will not be well understood until a full-scale mining operation is conducted for years. The geographic scale and ecosystem sensitivities to mining disturbance occurring continuously for decades cannot be simulated or effectively studied at a smaller scale, according to the authors.

“All the simulations conducted so far do not come close to duplicating the spatial scale, intensity and duration of full-scale mining,” said Smith. “Further, the computer models use ecosystem sensitivities derived from shallow-water communities that experience orders of magnitude higher levels turbidity and sediment burial (mining-type perturbations) under natural conditions than the deep-sea communities targeted for mining.”

Much of the planned deep-seabed mining will be focused in the Pacific Ocean, near Hawai‘i, and also near Pacific Island nations. Hawai‘i and Pacific Island nations are likely to particularly suffer from any negative environmental impacts, but may benefit economically from deep-seabed mining, creating a need to understand the trade-offs of such mining.

“Polymetallic-nodule mining (as currently planned) may ultimately impact 500,000 square kilometers of deep seafloor in the Pacific, an area the size of Spain, yielding perhaps the largest environmental footprint of a single extractive activity by humans,” said Smith. “Addressing the misconceptions and knowledge gaps related to deep-sea mining is the first step towards effective management of deep-seabed mining.”

The researchers aim to work closely with regulators and society to help manage deep-seabed mining and emphasize the need to proceed slowly with seabed mining until impacts are fully appreciated.