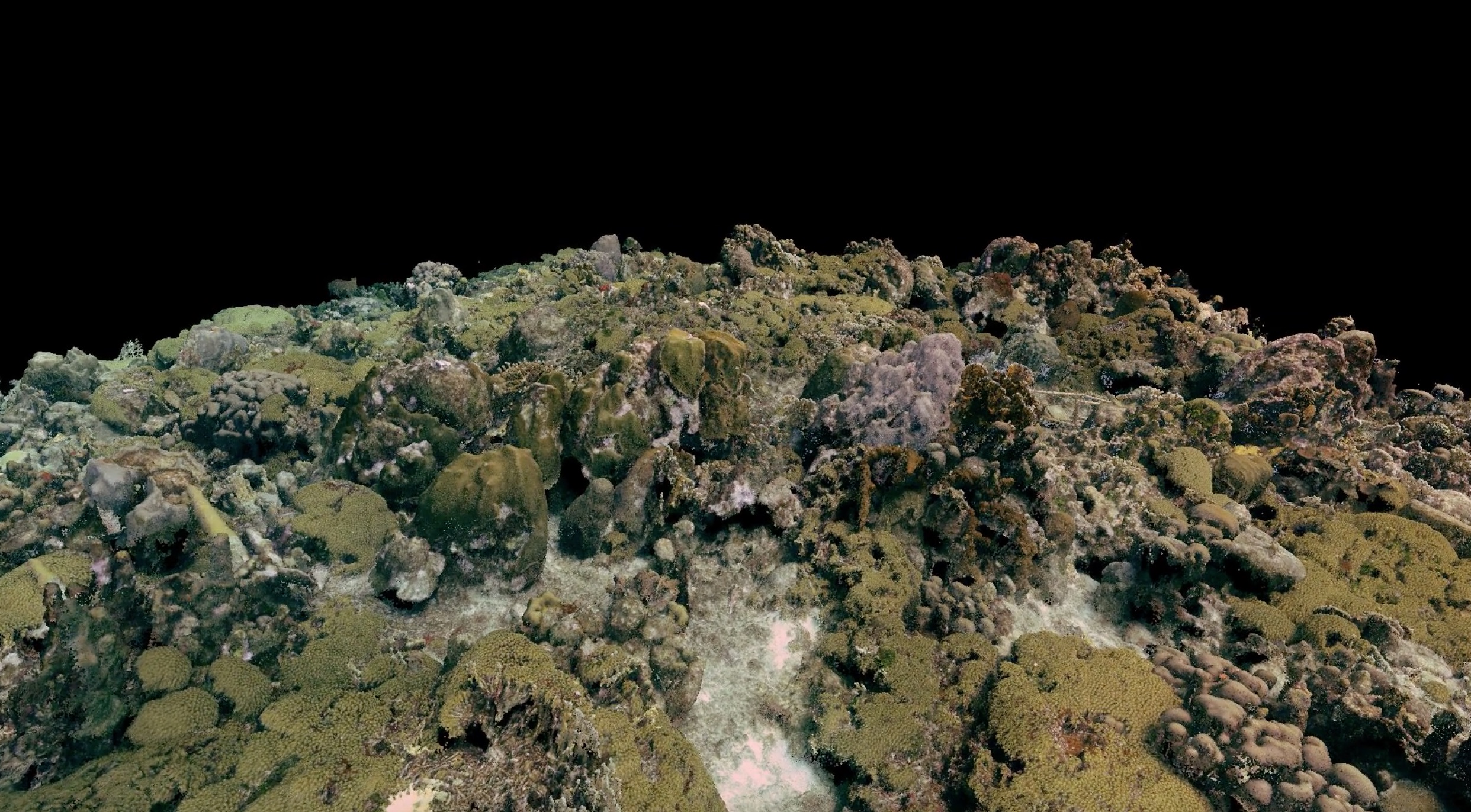 Researchers from the SOEST, University of British Columbia (UBC), San Diego State University (SDSU), and elsewhere have created 3D molecular maps of bacteria, viruses, and biochemicals across coral colonies along with their interacting organisms such as algae and other competing corals. This allowed the team to discover specific microbial and viral functions that appear to be key components of the coral microbiome.

Healthy coral reefs require coral colonies that are resilient and outcompete other organisms such as algae. The new study builds on the authors’ previous research which highlighted the important role that viruses and bacteria play in mediating the clash between coral and algae on a coral reef.

“Our recent research extends this work into a spatially explicit framework and makes for some really impressive 3D molecular maps,” said Ty Roach, study senior author and post-doctoral researcher at the Hawai‘i Institute of Marine Biology (HIMB) in SOEST. “Further, we found that patterns in bacteria and viruses that live on and in corals were mainly driven by ecological factors such as how close to a competitor the sample was taken.”

The team sampled two coral colonies from a Caribbean coral reef and made 3D reconstructions of the corals and their interacting organisms using a method called structure from motion photogrammetry. Multiple molecular methods were then used to investigate the bacterial and viral DNA, RNA, and biochemicals that were associated with these corals. These molecules were then mapped back onto the 3D models.

“The current state of ecology has demonstrated that corals are home to millions of microbes and viruses, which exist in a complex biochemical milieu,” said Emma George, co-lead author of the study and doctoral candidate at UBC. “These viruses, microbes and chemicals in combination with the coral host form a unit called a holobiont. Understanding the roles of each of these players in ecosystem function has become increasingly important as coral reef health has begun to decline over recent decades.”

Functional and healthy reef ecosystems protect coastlines, contribute to local economies and support marine food webs, including fisheries. The new findings have direct implications for coral reef restoration and management, as they provide a more mechanistic understanding of the way that local stressors affect corals and can lead to disease.

“Additionally, these 3D molecular mapping methods could be applied to many other ecologically important organisms, beyond corals,” said Mark Little, co-lead author of the study and doctoral candidate at SDSU. “It is our hope that this combination of methods to generate underwater molecular maps will be a fruitful way for others to better understand the holobiont of many marine animals and plants.”