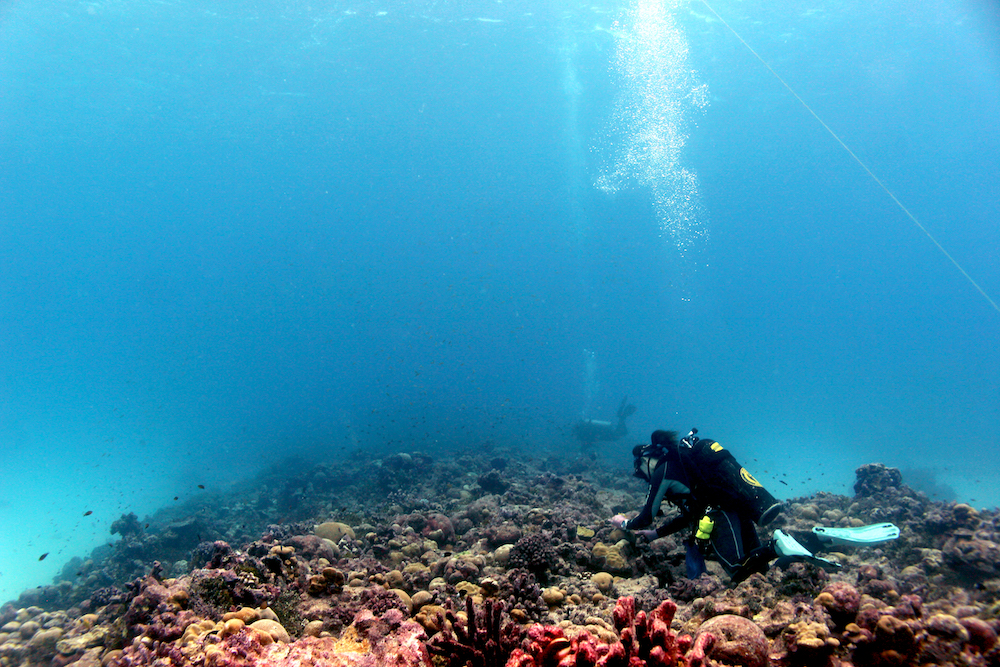 Some corals managed to survive a globally unprecedented heatwave, in a first-ever study that provides new hope for the long-term survival of coral reefs in the face of climate change.

Published recently in Nature Communications, the study presents the discoveries made by the international research team as they tracked hundreds of coral colonies on reefs around Kiritimati (also known as Christmas Island), throughout the 2015-2016 El Niño. Heat stress from that El Niño triggered the third-ever global coral bleaching event, causing mass coral bleaching and mortality on reefs around the world. Its epicenter was Kiritimati, where the heatwave lasted an unprecedented 10 months.

Worldwide, coral reef fisheries are worth US$6.8 billion annually, and are a vital source of food and income for hundreds of millions of people in tropical island nations. In the lead-up to the United Nations Decade of Ocean Science for Sustainable Development (2021-2030), there is a renewed and global call to reverse the cycle of decline in ocean health.

“Understanding how some corals can survive prolonged heatwaves could provide an opportunity to mitigate the impact of marine heatwaves on coral reefs, allowing us to buy time as we work to limit greenhouse gas emissions,” said Danielle Claar, who led the study as a University of Victoria (UVic) doctoral student and is now a NOAA Climate and Global Change postdoctoral researcher at the University of Washington.

Climate change threatens the world’s coral reefs because corals are highly sensitive to the temperature of their surrounding waters. During a heatwave, corals release the algae that live in their tissues and produce food for them, causing the coral to turn completely white—a phenomenon known as coral bleaching. Prolonged bleaching often causes corals to die from starvation. If they can reclaim their food source within a few weeks, they can usually recover.

To date, coral recovery from bleaching has only ever been observed after heat stress subsides. With global climate models predicting that heatwaves will continue to increase in both frequency and duration, a coral’s ability to recover its food source during a prolonged heatwave is essential to its survival.

“Observing corals recovering from bleaching while still baking in hot waters is a game changer,” said Baum, who is also a marine biologist at UVic.

Baum adds that corals only exhibited this capacity if they were not also exposed to other types of human-caused stressors, such as water pollution. Until now it’s been unclear if local reef management could help improve corals chances of surviving climate change.

“We’ve found a glimmer of hope that protection from local stressors can help corals,” said Baum.

“Although this pathway to survival may not be open to all corals or in all conditions, it demonstrates an innovative strategy for survival that could be leveraged by conservationists to support coral survival,” added Claar.

The research was partially supported by a US National Science Foundation grant to former HIMB Director Ruth Gates.