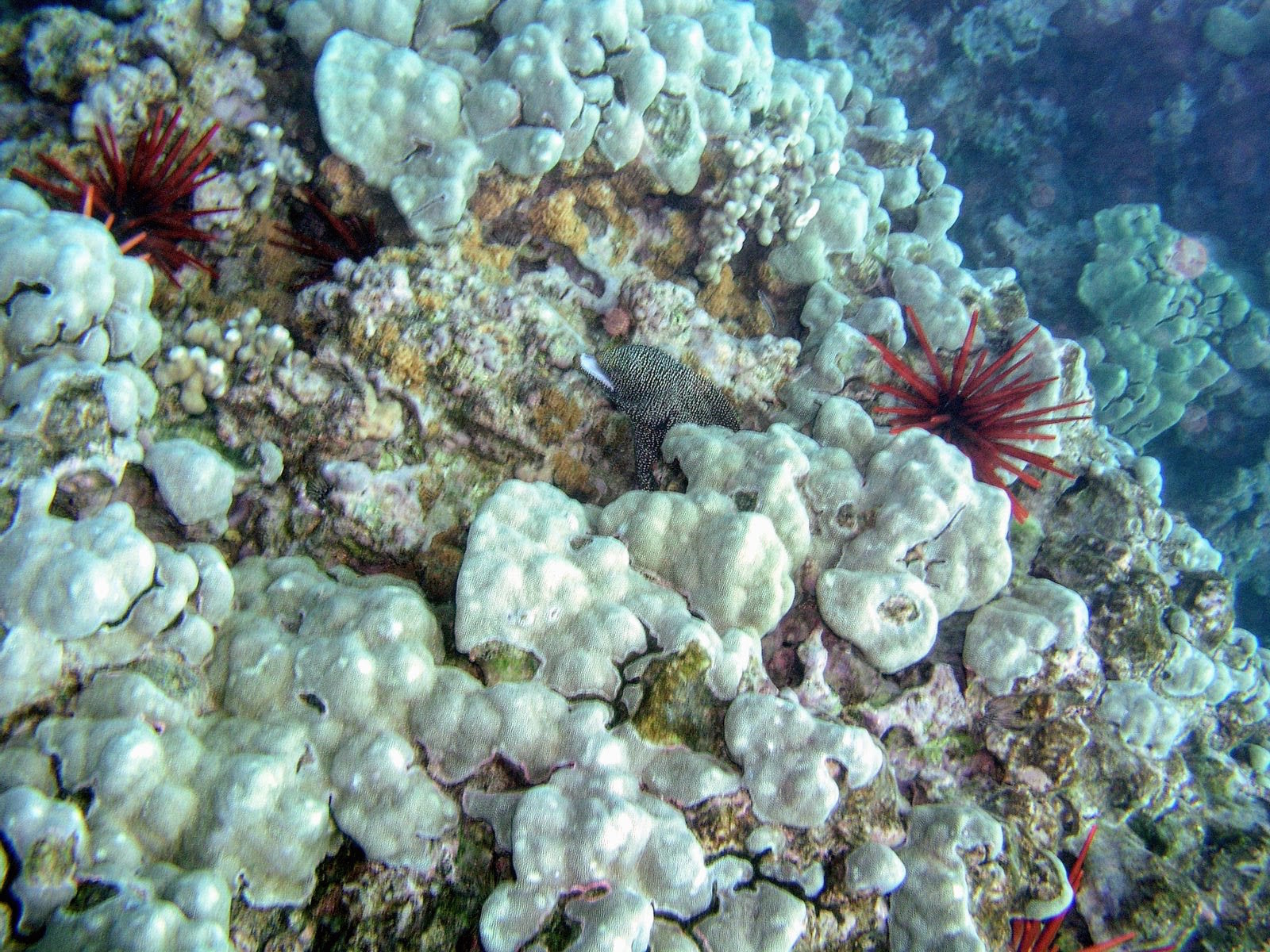 Porites lobata forms the foundation of many coral reefs in Hawaii and throughout the tropical Pacific (location: Olawalu Maui). Credit: Zac Forsman.

A new study by researchers at the University of Hawai‘i at Mānoa School of Ocean and Earth Science and Technology (SOEST) found that human-induced environmental stressors have a large effect on the genetic composition of coral reef populations in Hawai‘i. They confirmed that there is an ongoing loss of sensitive genotypes in nearshore coral populations due to stressors resulting from poor land-use practices and coastal pollution.  This reduced genetic diversity compromises reef resilience.

The study identified closer genetic relationships between nearshore corals in Maunalua Bay, Oahu and those from sites on West Maui, than to corals from the same islands, but further offshore. This pattern can be described as isolation by environment in contrast to isolation by distance. This is an adaptive response by the corals to watershed discharges that contain sediment and pollutants from land.

“While the results were not surprising, they clearly demonstrate the critical need to control local sources of stress immediately while concurrently addressing the root causes of global climate change,” said Robert Richmond, research professor and director of the Kewalo Marine Laboratory and co-author of the study. “Additionally, this innovative science shows the need to track biodiversity at multiple levels.”

This research provides valuable information to coral reef managers in Hawai‘i and around the world who are developing approaches and implementation plans to enhance coral reef resilience and recovery through reef restoration and stressor reduction.

While the loss of coral colonies and species is easy to see with the naked eye, molecular tools are needed to uncover the effects of stressors on the genetic diversity within coral reef populations.