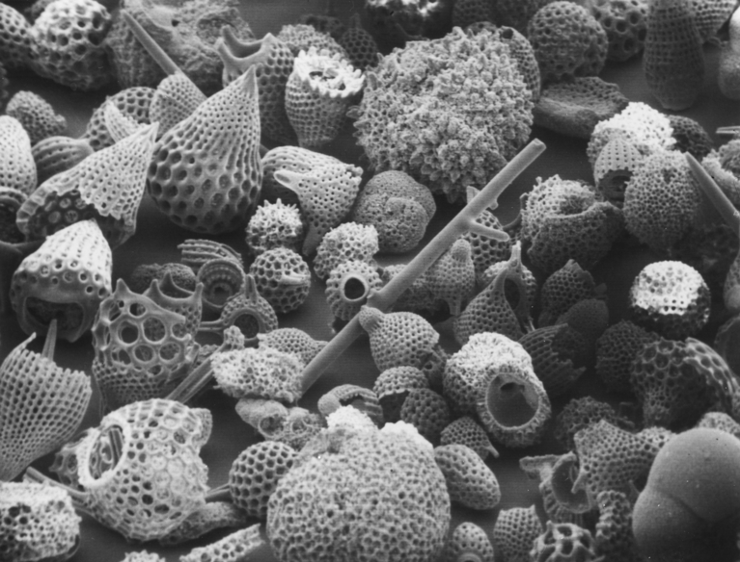 Predictions of future climate change require a clear and nuanced understanding of Earth’s past climate. In a study published today in Science Advances, University of Hawai‘i (UH) at Mānoa oceanographers fully reconciled climate and carbon cycle trends of the past 50 million years—solving a controversy debated in the scientific literature for decades.

Throughout Earth’s history, global climate and the global carbon cycle have undergone significant changes, some of which challenge the current understanding of carbon cycle dynamics.

Less carbon dioxide in the atmosphere cools Earth and decreases weathering of rocks and minerals on land over long time scales. Less weathering should lead to a shallower calcite compensation depth (CCD), which is the depth in the ocean where the rate of carbonate material raining down equals the rate of carbonate dissolution (also called “snow line”). The depth of the CCD can be traced over the geologic past by inspecting the calcium carbonate content of seafloor sediment cores.

Former oceanography graduate student Nemanja Komar and professor Richard Zeebe, both at the UH Mānoa School of Ocean and Earth Science and Technology (SOEST), applied the most comprehensive computer model of the ocean carbonate chemistry and CCD to date, making this the first study that quantitatively ties all the important pieces of the carbon cycle together across the Cenozoic (past 66 million years).

Contrary to expectations, the deep-sea carbonate records indicate that as atmospheric carbon dioxide (CO2) decreased over the past 50 million years, the global CCD deepened (not shoaled), creating a carbon cycle conundrum.

“The variable position of the paleo-CCD over time carries a signal of the combined carbon cycle dynamics of the past,” said Komar, lead author of the study.  “Tracing the CCD evolution across the Cenozoic and identifying mechanisms responsible for its fluctuations are therefore important in deconvolving past changes in atmospheric CO2, weathering, and deep-sea carbonate burial. As CO2 and temperature dropped over the Cenozoic, the CCD should have shoaled but the records show that it actually deepened.”

Komar and Zeebe’s computer model allowed them to investigate possible mechanisms responsible for the observed long-term trends and provide a mechanism to reconcile all the observations.

Their research suggests that the disconnect developed partially because of the increasing proportion of carbonate buried in the open ocean relative to the continental shelf due to the drop in sea level as Earth cooled and continental ice sheets formed. In addition, ocean conditions caused the proliferation of open-ocean carbonate-producing organisms during that period of time.

“Our work provides new insight into the fundamental processes and feedbacks of the Earth system, which is critical for informing future predictions of changes in climate and carbon cycling,” said Komar.

The researchers are currently working on new techniques to constrain the chronology of climate and carbon cycle changes over the past 66 million years.

This research was funded by the National Science Foundation.