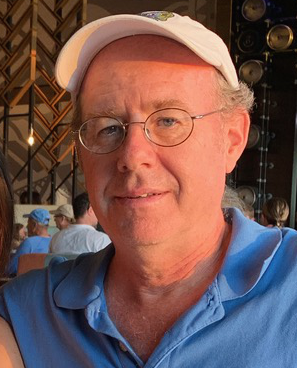 James Potemra, specialist with the Hawai‘i Institute of Geophysics and Planetology in SOEST, has been honored with a University of Hawai‘i at Mānoa Presidential Award for Outstanding Service. This award recognizes Potemra’s outstanding service, heart-felt dedication, and noble contributions as a valued member of the campus community.

Potemra works under several projects in SOEST and beyond. His expertise has been instrumental to developing programs and addressing key challenges in physical oceanography data application at national and international levels. His work includes contributing to the development, and later management of, the Asia-Pacific Data Research Center; providing web interfaced, environmental data to the worldwide community which was recognized by the Japan Agency for Marine-Earth Science and Technology; and assisting the Japanese leadership with post-2011 East Japan tsunami data modeling. He has contributed to building the data management system for the Pacific Islands Ocean Observing System which now allows oceanographic measurements to be used by a wide-range of users throughout the Pacific and beyond; acting as co-principal investigator with esteemed colleagues on the Hawai‘i Ocean Time Series and the Aloha Cabled Observatory programs; and maintaining the Pacific ENSO Applications Center in an advisory role to NOAA. He continues to be a leader in his discipline and actively engaged in campus and community initiatives through faculty senate executive committee and other advisory roles.

This award honors Potemra’s sustained service, outstanding contributions, and dedication to his profession.

When asked about the significance of this award, Potemra replied, “The faculty here at UH have an incredible opportunity to help shape the University. I think having completed my PhD here has given me more of an incentive to try and ensure that UH continues to excel in its educational and research objectives, and thus I have invested more time into service activities. I also learned early on how individual faculty members can make a difference. One outstanding example has been Roger Lukas, whose seemingly tireless efforts to ensure that UH is a world leader in research I got to witness firsthand. I don’t feel anywhere near that level, so it was extremely humbling to learn that I was even nominated for this award.  I hope I can continue in some small way to help UH continue as a world class institute of higher learning.”