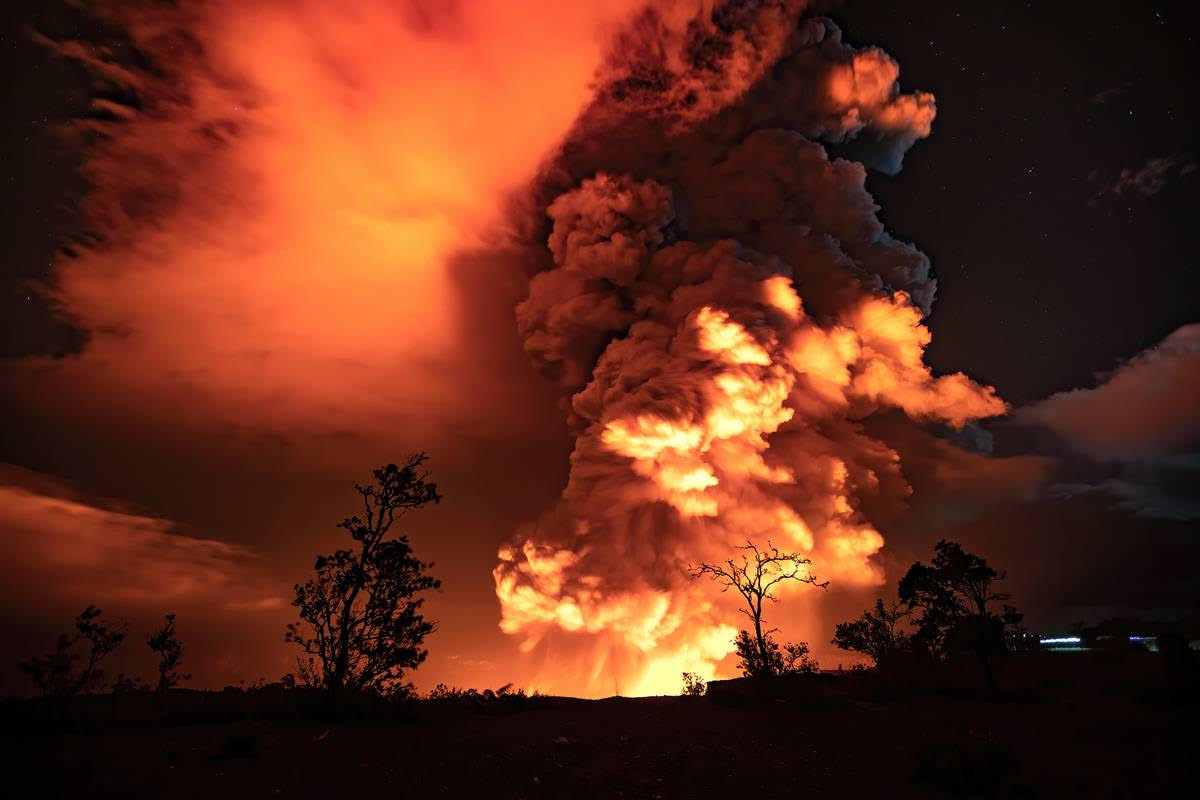 At 9:30 on the evening of December 20, the USGS Hawaiian Volcano Observatory (HVO) detected a glow within Halemaʻumaʻu crater at the summit of Kīlauea Volcano, indicating that an eruption had begun within Kīlauea’s summit caldera. The water lake at the summit of Kīlauea boiled away with an effusive eruption and vents continue to generate lava, pouring into a growing lava lake at the base of the crater.

The University of Hawai‘i (UH) Vog Measurement and Prediction (VMAP) Project continues to create forecasts of dispersion and trajectories of volcanic smog, referred to as vog, which are available in real-time online.

Early data from the USGS Hawaiian Volcano Observatory suggest emission rates of up to 30,000 tons of sulfur dioxide per day—significantly more than the 2,000 tons per day in 2018, prior to the eruption of Lower East Rift Zone. Vog is created when invisible sulfur dioxide gas reacts with oxygen, sunlight, moisture, and other gases and particles in the air to produce visible sulfate aerosols within hours to days. Vog can produce significant impacts on community health and can create a visibility hazard for general aviation.

“Sulfur dioxide is expected to be the main problem in areas near the vent, Hawai‘i Volcanoes National Park, Pahala, Na‘alehu, Hawaiian Ocean View Estates; and sulfate aerosol is expected to be the main problem at locations far from the vent, Kona and farther north and west,” said Steven Businger, professor in the UH Mānoa Department of Atmospheric Sciences and co-lead of the VMAP project. “The islands of Maui, Lanai, Molokai, Oahu and Kauai will be impacted when and if the large-scale surface winds blow from the southeast.

Earlier in 2020, Businger and atmospheric sciences researcher Lacey Holland received three years of additional funding from the Federal Emergency Management Agency (FEMA), administered through the State Department of Health, to improve VMAP’s ability to provide statewide forecasts of vog and to expand delivery methods to include push notification to smartphones.