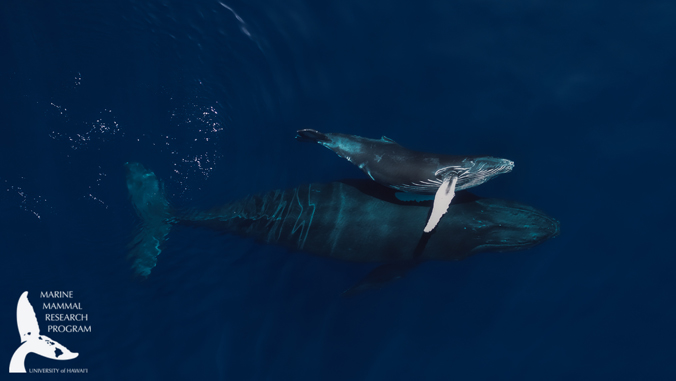 Two episodes highlighting humpback whales and featuring researchers from the University of Hawaiʻi at Mānoa and UH Hilo are in a new PBS series, Changing Seas. The series premieres on June 22.

“Marine mammals serve an important educational, economic and cultural role in Hawaiʻi,” said Bejder. “Hawaiʻi also boasts a rich cultural history, as well as strong tourism and fishing industries, renewable energy resources and a military presence. Many of these activities, along with other emerging threats, including climate change, have the potential to negatively impact marine mammals in ways that are not yet well understood.”

“Vanishing Whales” takes a closer look at the humpback population that migrates between Hawaiʻi and Alaska. Its decades-long recovery from commercial whaling is considered a conservation success story. But when sightings of the animals suddenly dropped, people became concerned. Now, scientists in both locations are trying to understand what happened to the whales and why.

“Humpback Health” delves deeper into the many mysteries that remain about these ocean leviathans. When in their Hawaiian breeding grounds, the humpbacks fast for an extended period, while expending energy on mating and giving birth. Now, for the first time, a team of scientists is making remarkable discoveries about how the whales’ body size and overall health change across the animals’ migratory cycle.

“It is really important that we study these issues and provide outlets for community members to learn about these animals and the threats that they are exposed to,” said van Aswegen. “This documentary provides a good overview information on the humpback whales in Hawaiʻi and how our research group is studying them.”

“Humpback whales hold a special place in the hearts of Hawaiian residents and are recognized sentinels of ocean health,” said West, who is also the director of UH Mānoa’s Stranding Lab. “Evaluating the impact of threats faced by humpback whales is critical to effective conservation efforts.”

Other episodes in the series include “Kelp: Hidden Treasure of the Salish Sea,” showing the decline of kelp forests in the Pacific Northwest, and “Saving Florida’s Starving Manatees,” which examines why Florida’s iconic sea cows are dying in record numbers.

After the premiere date, episodes will be available for streaming on changingseas.tv or on the “Changing Seas TV” YouTube channel.