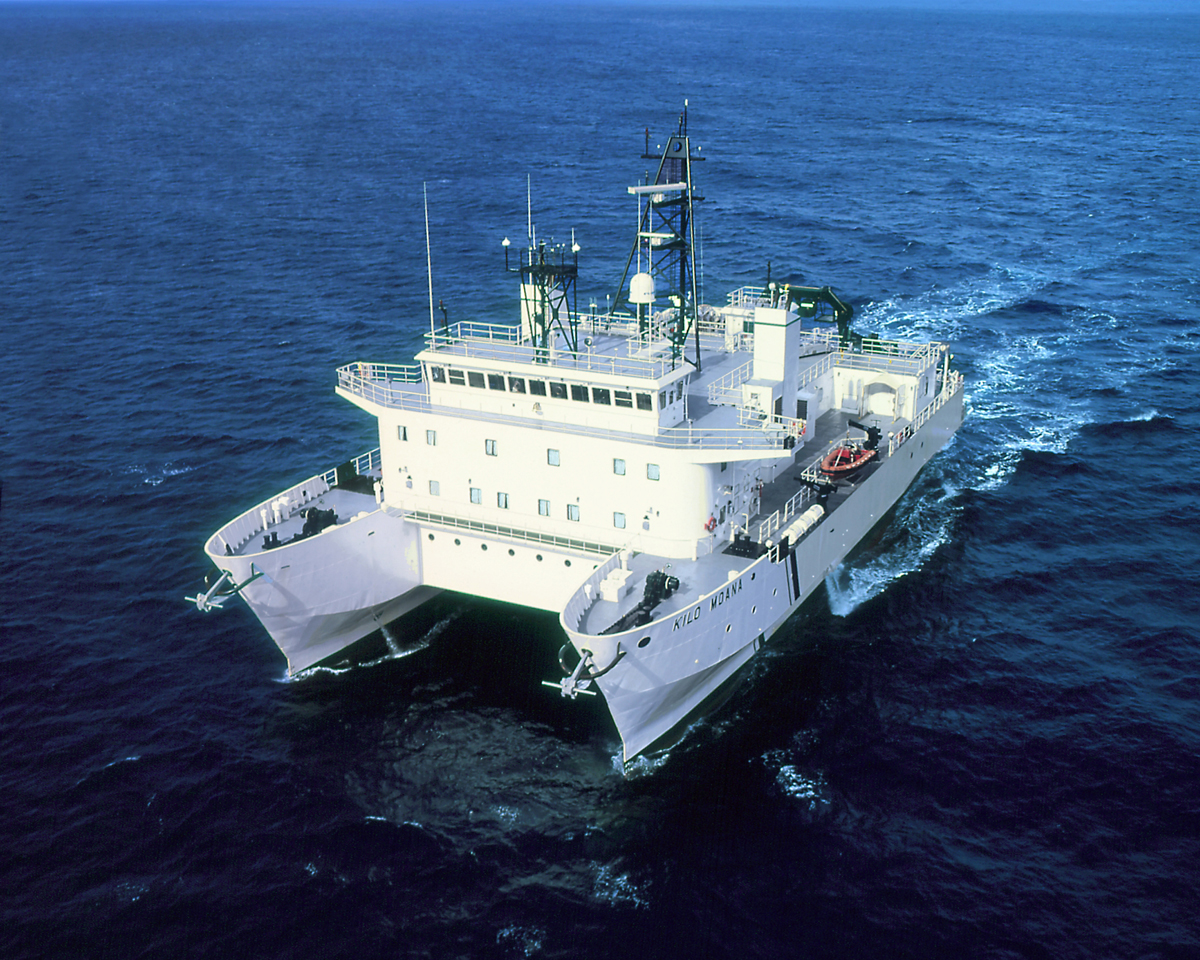 On the morning of Wednesday, November 20, French search and rescue authorities received a request to assist the French catamaran Thetis which was in distress. The University of Hawai‘i research vessel Kilo Moana heard the Joint Rescue Coordination Center Tahiti’s request for assistance from merchant ships and responded to the call. The Kilo Moana was located about 200 nm to the south and she immediately diverted to successfully assisting the four crewmembers on board.

Below is a repost of an article from The Maritime Executive:

“On Wednesday morning at 0400 hours, French search and rescue authorities received a request to assist the French catamaran Thetis, which was transiting to the south of the Austral Group in French Polynesia. The sailing vessel, with four crewmembers on board, suffered a water ingress in one pontoon in rough seas.

At the time of the distress call, the Thetis was located at a position about 450 nautical miles to the south of Raivavae. The remote region is technically within JRCC Auckland’s area of responsibility, but as it is closer to French Polynesia, JRCC Tahiti coordinated the response.

The master of the Thetis told JRCC Tahiti that he was attempting to plug the breach and making preparations to abandon ship into a liferaft if necessary. JRCC Tahiti issued a request for assistance from merchant ships, and the American research vessel Kilo Moana responded to the call. The Kilo Moana was located about 200 nm to the south, holding position and conducting a scientific mission to deploy ocean bottom seismometers, and she immediately diverted to assist.

At 0900 hours on Thursday morning, the Kilo Moana arrived on scene and helped the Thetis to carry out emergency repairs. With the assistance of plans provided by the sailing yacht’s manufacturer, the research vessel’s crew fabricated a component that resolved the flooding issue, according to JRCC Tahiti. The Thetis got under way for Raivavae and expects to arrive on November 25.

“This incident illustrates once again the solidarity of the people of the sea, whatever their nationality,” JRCC Tahiti said in a statement. “On this occasion, [we remind] all users of the sea that it is essential to equip themselves with means of communication and survival to cope with emergencies.”

The Kilo Moana is a twin-hull research vessel owned by the U.S. Navy and operated by the University of Hawaii.”