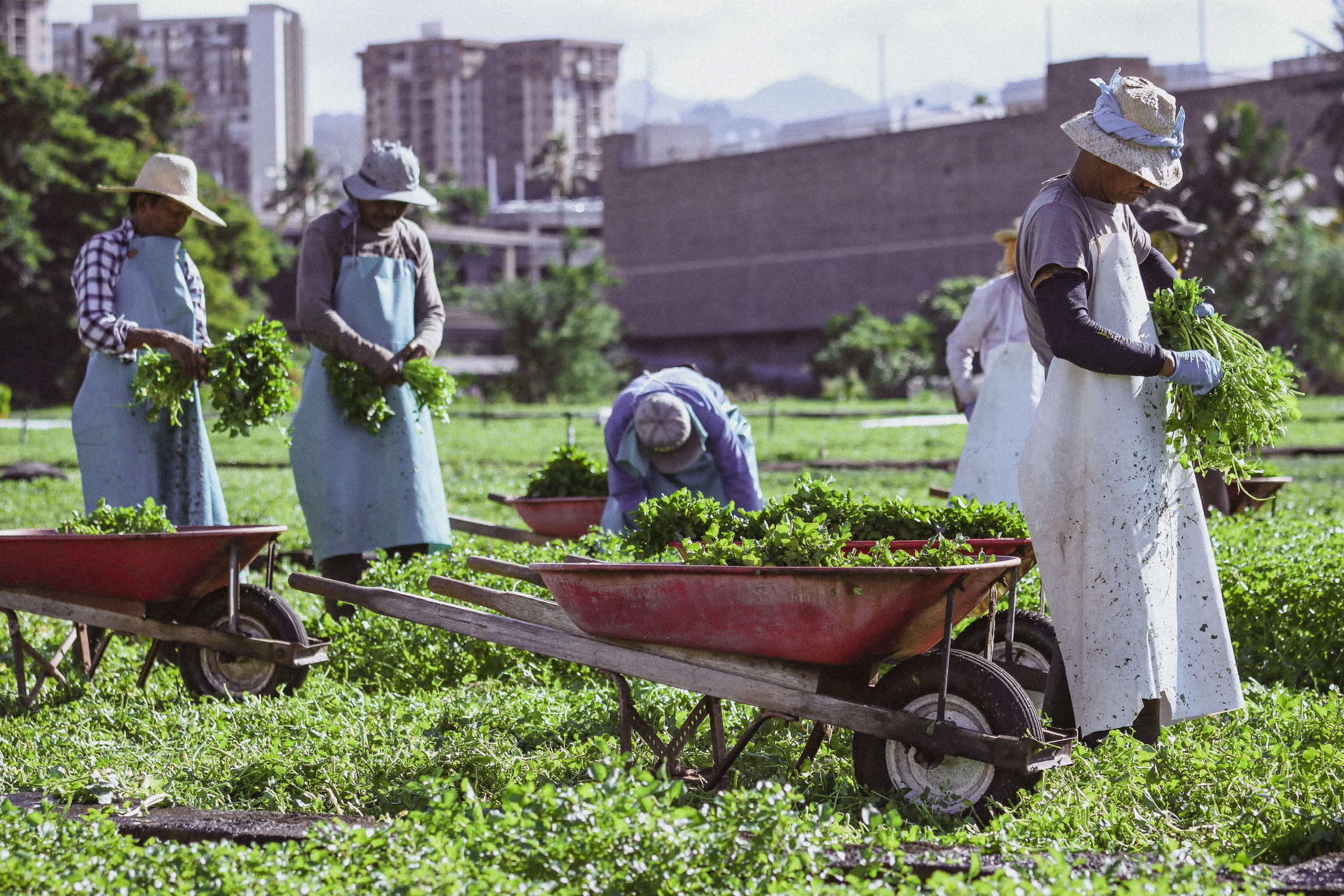 Sumida Farm employees hand plant, harvest, and prepare watercress for market in much the same way they have for more than 90 years.  Photo credit Corey Rothwell.

University of Hawai‘i (UH) at Mānoa researchers and Sumida Farm farmers published a study this week detailing their collaboration to study the past, present and future of the multigenerational farm which produces 70 percent of Hawai‘i’s watercress. The study, led by SOEST researchers, highlights that relationships with the broader community have enhanced Sumida Farm’s ability to adapt and innovate their farm practices in response to challenges and changing conditions.

Once a preferred swimming pool of Hawaiian ali‘i, the Kalauao Spring on the island of O‘ahu today continues to supply millions of gallons of clean, fresh water to the Pearl Harbor region. But changes to the environment, climate and continued development of the surrounding areas has put into question its sustainability.

Third-generation farmers, siblings Barbara and David Sumida had been running the farm for decades, and were starting to wonder if the clean fresh spring water that was the source of their livelihood was experiencing pollution from the surrounding urban development; if the springs were getting saltier from sea level rise; and why the crops were dying off during the hottest summer months.

In 2017, the Sumida family began to collaborate with members of UH Mānoa’s ‘Ike Wai research group. A team of UH earth scientists, economists, geographers and Hawaiian language experts, and the Sumida family used novel research methods to study this dynamic and fragile resource and investigate changes they were observing in the crops.

The team pursued an approach that included interviews about farm history and harvests; place name searches to research the mo‘olelo of Kalauao (Kahuawai) Spring; a 25-year retrospective analysis of harvests, groundwater pumping, Oceanic Niño Index, and temperature to identify trends in productivity; a one-year intensive study of the freshwater springs at the farm to identify any seasonal, tidal and climate-induced changes to water quality, as well as pollution from agriculture or cesspools; and an analysis of local and national press to determine the community’s valuation of the farm over its 90-year history.

“This deep dive into the history of the farm uncovered some very surprising insights,” said Jennifer Engels, affiliate researcher with the Hawai‘i Institute of Geophysics and Planetology and lead author of the study. “The close partnership between the UH Mānoa team and the Sumidas resulted in a great synergy of ideas and information that would never have been possible without their generational accounts of lived experiences on the farm.”

The team sought to gain insight into the resilience of the Sumidas’ watercress farm despite the pressures of urbanization that have made other small farms obsolete around the islands.

It turns out that thousands of community members, from school children to senior citizens to celebrity chefs, have been welcomed to Sumida farm over the past several decades—creating deep and meaningful connections. Furthermore, as far back as the 1800s, many accounts from Hawaiian language newspaper reports indicate how valuable and useful the spring and the surrounding areas were for the community.

As urban areas expand around the world, there are growing efforts to restore and protect natural and agricultural systems for the services they provide to urban communities, such as crop production, flood prevention and nutrient retention.

“Hawai‘i has ambitious goals around food sustainability by 2050, and yet small farms around the state have struggled or failed over the last several decades,” said Engels. “Sumida Farm has survived and thrived despite multiple challenges throughout its history, from pests, to urbanization, to climate change. Their example can serve as a model for other small farms.”

In an unfortunate and heartbreaking turn of events, Barbara Sumida passed away in February of this year. Although her presence is deeply missed, her spirit and legacy remain strong. Her brother David, and now the fourth generation of Sumida farmers, Emi and Kyle, are continuing their partnership with UH Mānoa’s research team. Their goal is to adapt and evolve the farm in response to changing environmental and social needs so they can continue to nourish the islands and serve the community.