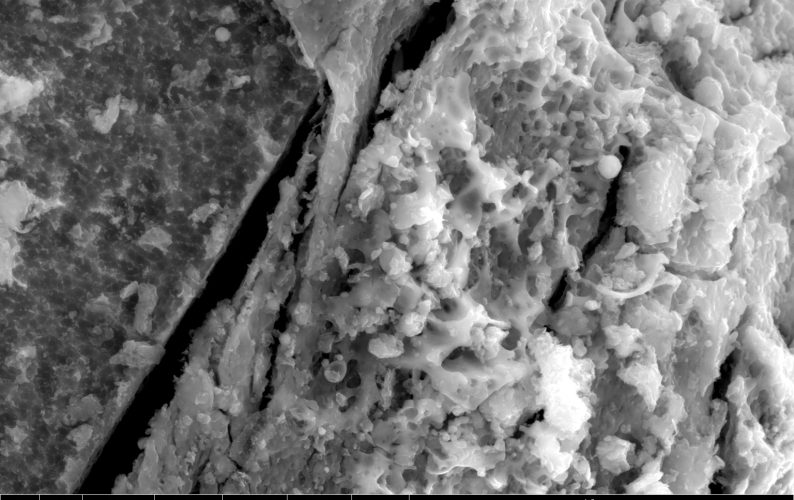 Earth is constantly being bombarded by meteorites—from nearly invisible, dust-sized particles to large impactors that have changed the trajectory of life on our planet. Though altered by Earth’s atmosphere, this material carries with it clues to the Solar System’s past. However, to investigate pristine material from the earliest days of our Solar System, researchers from the University of Hawai‘i at Mānoa analyzed precious samples of the asteroid Ryugu that were returned to Earth by the Hayabusa 2 mission led by the Japan Aerospace Exploration Agency (JAXA).

Orbiting the Sun every 16 months, the material from Ryugu provides an opportunity to investigate processes that occurred in the early Solar System, including the evolution of volatiles, such as water, and organic molecules. The team was led by Dr. Noguchi from Kyoto University and included researchers from the Hawai‘i Institute of Geophysics and Planetology in the UH Mānoa School of Ocean and Earth Science and Technology (SOEST). The team’s findings, published today in Nature Astronomy confirm that Ryugu has indeed experienced space weathering, which resulted in partial melting of certain minerals and dehydration of the surface of the grains that comprise the asteroid.

Researchers from HIGP used specialized equipment in their Advanced Electron Microscopy Center to analyze the primitive material in Ryugu—rock and mineral grains that are older than our Solar System and have not been altered by Earth’s atmosphere.

“The team wanted to address a critical question during this project: what are the space weathering signatures on the most abundant type of inner solar system body: a C-type asteroid, composed of materials largely unchanged since Solar System formation,” said Elena Dobrica, HIGP assistant researcher and study co-author. “Our observations suggest that weathered Ryugu grains show areas of surface amorphization and partial melting of phyllosilicates, in which dehydration–that is, removal of water–unexpectedly developed.”

Solar-wind irradiation and high-velocity micrometeoroid bombardment dominate space weathering for all airless bodies. However, the effects of these processes vary substantially, depending on the specific class of body. The solar wind is a plasma composed mainly of low-energy protons and electrons streaming from our Sun, which induces radiation damage, including amorphization of silicates.

“Observing that Ryugu has been dehydrated at its surface has implications for interpreting remote observations of other asteroids and airless bodies,” said Hope Ishii, HIGP astromaterials research scientist and study co-author.

The team results show that in the case of a C-type asteroid like Ryugu, the surface becomes covered by anhydrous material over time. However, asteroids that appear dry on the surface may be water-rich, potentially requiring revision of our understanding of the abundances of asteroid types and the formation history of the asteroid belt.

Read more on the JAXA press release and on UH News.