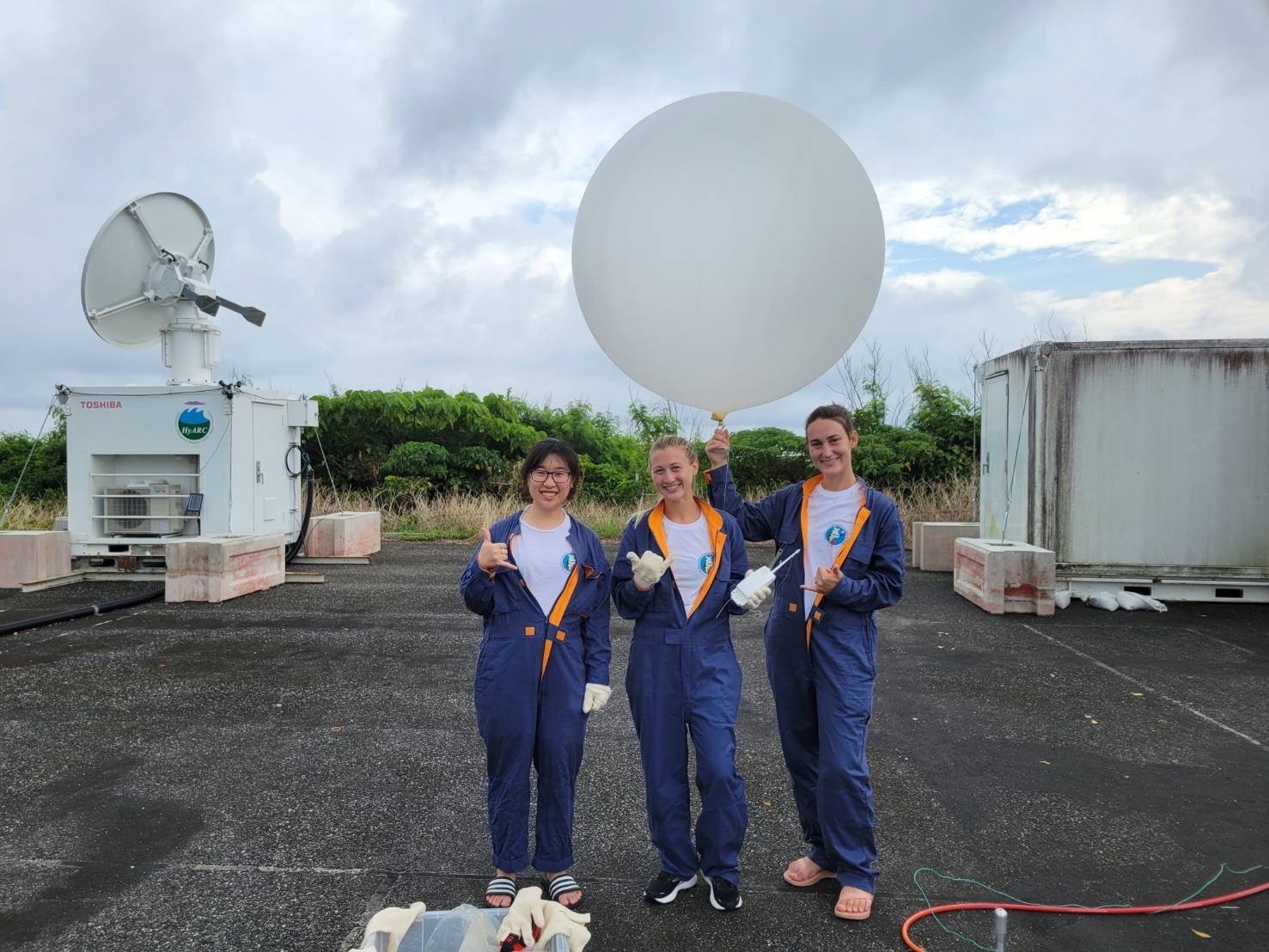 In many parts of the world, heavy, frequent rainstorms are catastrophic events that cause mudslides, flooding and loss of life.

To understand how and why the most violent rainstorms in the world occur, an international team of experts, including University of Hawaiʻi (UH) at Mānoa atmospheric scientists, are spending the summer identifying the key physical processes and environmental ingredients that cause high-intensity, long-duration rain events in parts of Taiwan and Japan. Their goal is to improve models for forecasters and eventually save lives.

Alison Nugent and Yi-Leng Chen, faculty in the atmospheric sciences department in the UH Mānoa School of Ocean and Earth Science and Technology, are part of the team, led by Michael Bell and Kristen Rasmussen at Colorado State University, which includes collaborators from the National Center for Atmospheric Research, multiple U.S. academic institutions and several international partners in Taiwan, Japan and Korea. The $6 million-plus field campaign is supported by the National Science Foundation and is called PRECIP, or Prediction of Rainfall Extremes Campaign in the Pacific.

“The western Pacific is an ideal place to study extreme rainfall events because they experience them frequently,” said Nugent. “While Hawai‘i experiences extreme rainfall as well, for example on Kaua‘i in April 2018, these events are relatively few and far between in the islands making them difficult to target and closely observe.”

Two of Nugent’s graduate students, Katie Ackerman and Mya Sears, are in Japan for four weeks in support of this project. Their field site is one of the wettest regions in the world: Taiwan and Yonaguni, the southernmost island of Japan. Bringing new depth to the science behind rain, their work could be applied anywhere that experiences catastrophic rain and flooding, from the arid West to the monsoonal Indian subcontinent.

The extreme rain-producing storms in the monsoonal regions of the world like West Africa and Southeast Asia are the result of a large combination of ingredients mixing together in a very specific way. Those ingredients include moisture, convection and the continual redevelopment of storms over one area in a short period of time. The rainfall events can also be influenced by topography, ocean proximity and other environmental factors, and can extend on a spectrum from short duration heavy rainfall to long duration lighter rainfall.

The PRECIP campaign will involve a large suite of technologies, ground- and air-based, that will provide unprecedented views of the inner details of storms and precipitation, as well as measurements of moisture, temperature and wind during rain events.

Nugent and her students are focused on the role mountains play in generating extreme precipitation. Ackerman and Sears will be launching weather balloons that measure pressure, temperature, humidity, wind speed and direction in a vertical profile as the balloon rises through the atmosphere. This is to get a clearer picture of the broader environment that is producing extreme precipitation while radars on the ground monitor the rainfall.

A sophisticated suite of weather models will run alongside the observations and will be assimilated with satellite and other weather data. The researchers will be able to compare their intensive observations with model simulations to help improve prediction of these events for future forecasts. Among the key aspects of the overall project is to merge observations with modeling and take a unified approach to studying heavy precipitation.

Chungu Lu, a program director in NSF’s Division of Atmospheric and Geospace Sciences, added that precipitation forecasts have been lagging behind forecasts of other weather elements, such as temperature and wind, in terms of reliability and accuracy.

“To improve that, we need to understand the fundamental processes controlling different levels of rainfall in weather systems,” Lu said. “PRECIP offers an opportunity to systematically study rainfall from typhoons as well as Asian summer monsoons, and rains affected by mountain ranges.”

Portions of this content are courtesy of Colorado State University.