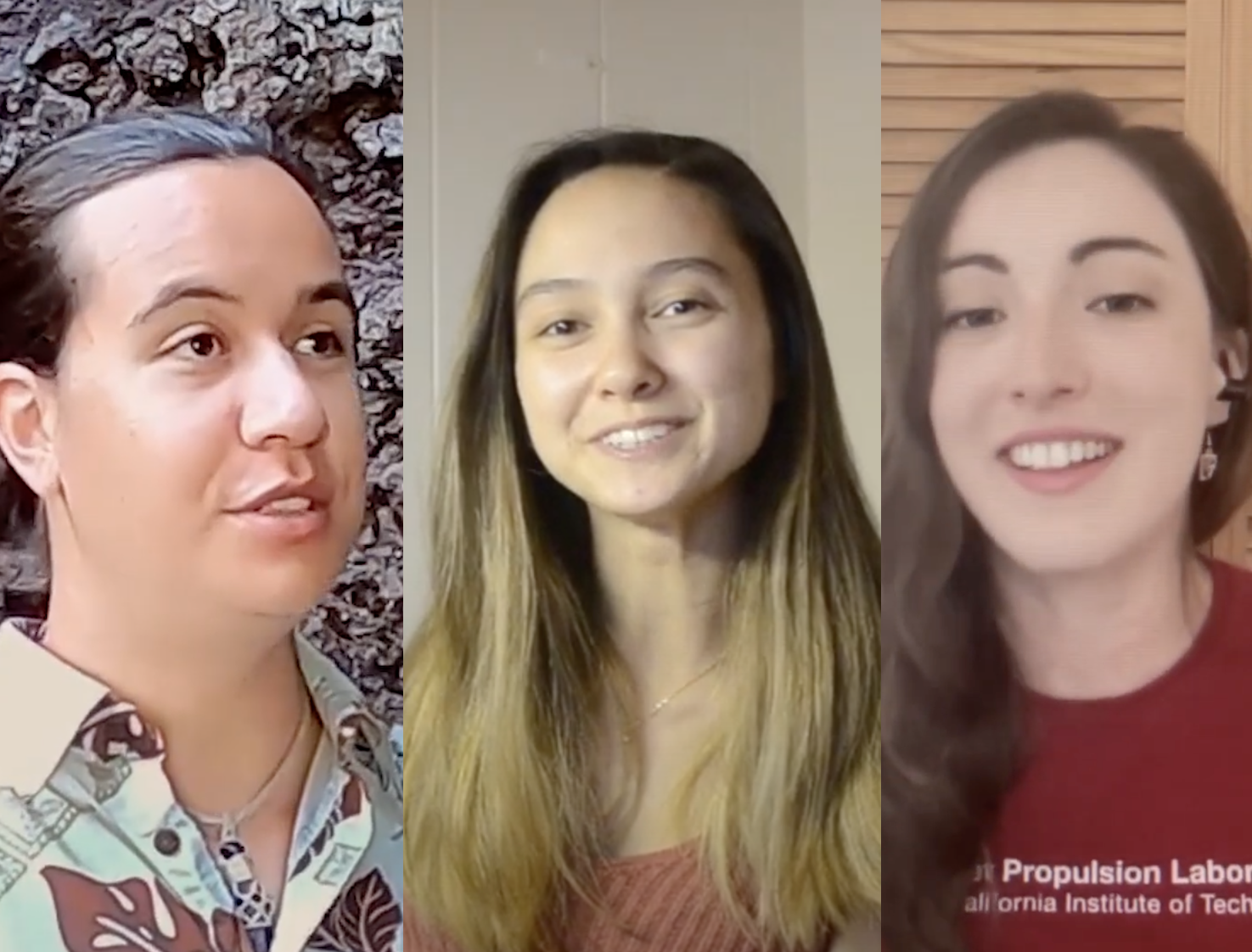 Graduate students in the Department of Earth Sciences and Hawai‘i Institute of Geophysics and Planetology, both within the University of Hawai‘i at Mānoa School of Ocean and Earth Science and Technology (SOEST), celebrated their research by participating in a first annual video contest.

“The videos arose from a graduate course on giving professional presentations,” said Earth Sciences department chair Garrett Apuzen-Ito. “The instructor, professor Eric Gaidos, initiated this annual contest, recognizing the diverse ways in which science is being communicated. We were really pleased to see the degree of interest and outstanding talent in multimedia presentation displayed by these young professionals!”

The participants’ videos showcase the cutting-edge research they are conducting as they pursue their degrees—shared in accessible language for anyone interested in science or the natural world.

This year there are three winning videos. The first is by Noah Paoa Kannegiesser. Through his research, Noah hopes to raise awareness about energy use, plastic use, and other climate change related issues. His “Probabilistic sea level rise modeling using ROMS analysis” video summarizes his project to create computer models of sea level rise around Oahu and maps of areas that are likely to flood in Honolulu.

“What is most exciting about my research is that I attempt to look into the future and see how climate change and sea level rise can change the coastline,” said Paoa Kannegiesser, who is from Rapa Nui. “I hope to do similar research in my home island and other Polynesian islands to see how sea level rise might affect coastal communities and ancient cultural sites along the coast.”

In the second winning video “How we see Mars,” Eleni Ravanis shares the thrill of being a team member on the Mars rover Perseverance. The rover landed on the surface of Mars in February 2021 to study Martian geology, search for signs of ancient life, collect samples for future return to Earth and prepare for future human explorers on Mars. Ravanis works on the Mastcam-Z team which assesses and interprets images from a sophisticated camera system.

“I find it really exciting to work on the Mars 2020 mission, and to look at new photographs from another world each day!” said Ravanis.

When asked what impact she hopes to make, Ferrari-Wong replied, “I hope to share my love of planetary science with the community and inspire young students to pursue careers in science, technology, engineering and math.”

“We hope these videos provide an engaging way for viewers–scientists and non-scientists alike–to learn about the fascinating, and important research done by our students in the Earth and Planetary Sciences program, here at the University of Hawaii at Mānoa,” said Apuzen-Ito.

Recognizing value of this mode of communication for students and the public, the Department of Earth Sciences plans to hold this contest annually.