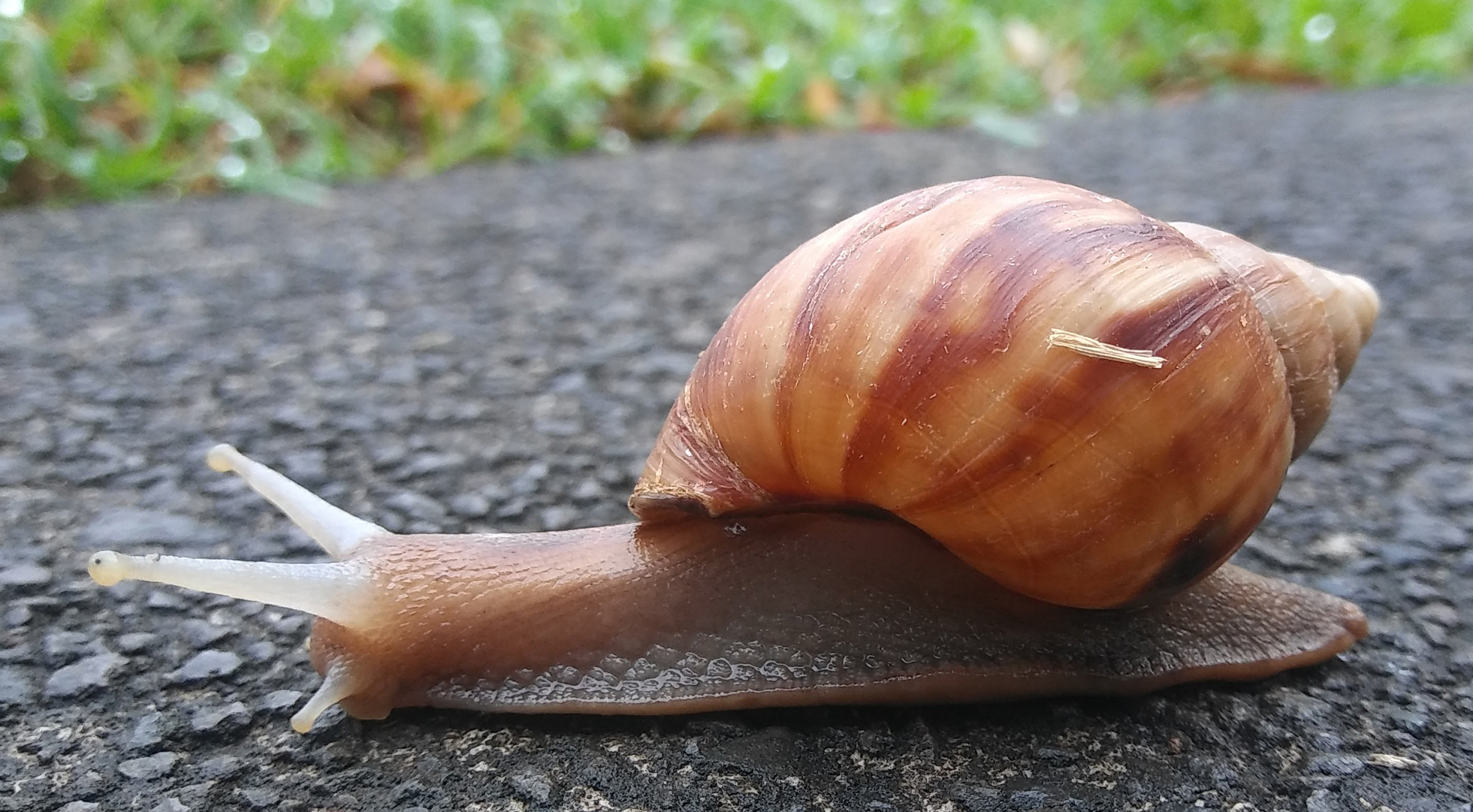 A study led by Pacific Biosciences Research Center researchers revealed that Angiostrongylus cantonensis or rat lungworm is widespread in the Hawaiian Islands, and its distribution may expand, especially toward higher elevations as the climate warms.

Rat lungworm is a parasitic nematode with a complicated life cycle, part of which requires living inside snails and slugs. Human infection by this parasite is considered an emerging infectious disease. The range and incidence of the disease are expanding throughout the tropics and subtropics, including in the Hawaiian Islands, making this work especially timely.

Using molecular techniques to screen almost 1,300 snails and slugs representing 37 species from almost 200 sites across the Hawaiian Islands, the team, including senior author and PBRC researcher Robert Cowie; and UH graduate student turned Bishop Museum researcher and lead author Jaynee Kim, determined rat lungworm was present in numerous species of snails and slugs on five of the six largest islands (it may be present on all islands but just not detected). Further, rat lungworm tended to occur in warmer and rainier locations generally, but not exclusively, windward.

By assessing factors affecting the parasite’s distribution, the study projected its potential future distribution in Hawaiʻi, with implications for its global expansion. Under future climate conditions, rat lungworm was predicted to expand its range to higher elevations in Hawaiʻi. The findings imply that the parasite could also expand its primarily tropical and subtropical range globally to regions that are currently more temperate.

Knowledge of where rat lungworm is or could be across the Hawaiian Islands is important from the perspective of prevention of human and animal infection.