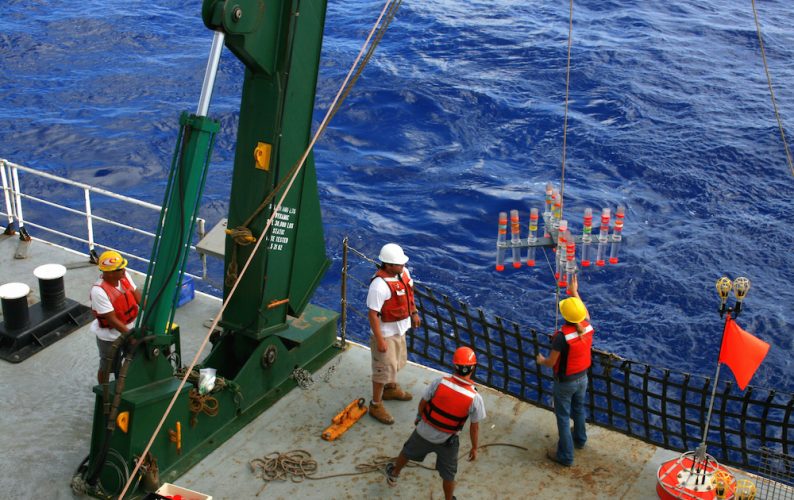 Since October 1988, scientists from the University of Hawaii have been sampling microorganisms at Station ALOHA with funding from the National Science Foundation.  This long-term data set is one of a few in the world where the impacts of human-induced climate change can be distinguished from natural climate variability. Credit: Tara Clemente.

The University of Hawaiʻi at Mānoa is No. 12 in the world in oceanography, No. 15 in atmospheric sciences, and No. 51–75 in the category of earth sciences, according to the 2022 Global Ranking of Academic Subjects (GRAS) released July 19, 12:01 p.m. Beijing time (July 18, 6:01 p.m. HST), by the Shanghai Ranking Consultancy, which is considered one of the most comprehensive and objective rankings of world universities by subjects. Thirteen UH Mānoa subjects in total were ranked, including four others that placed in the world’s top 200.

UH Mānoa was one of approximately 1,800 universities in 96 countries and regions selected for the GRAS rankings, out of more than 26,000 total colleges and universities around the world. The criteria include research output, research influence, international collaboration, research quality and international academic awards.

“These rankings represent UH Mānoa’s commitment to academic and research excellence in a wide range of disciplines,” UH Mānoa Provost Michael Bruno said. “This is just another example of the hard work and dedication demonstrated by our world-class faculty, students and staff.”