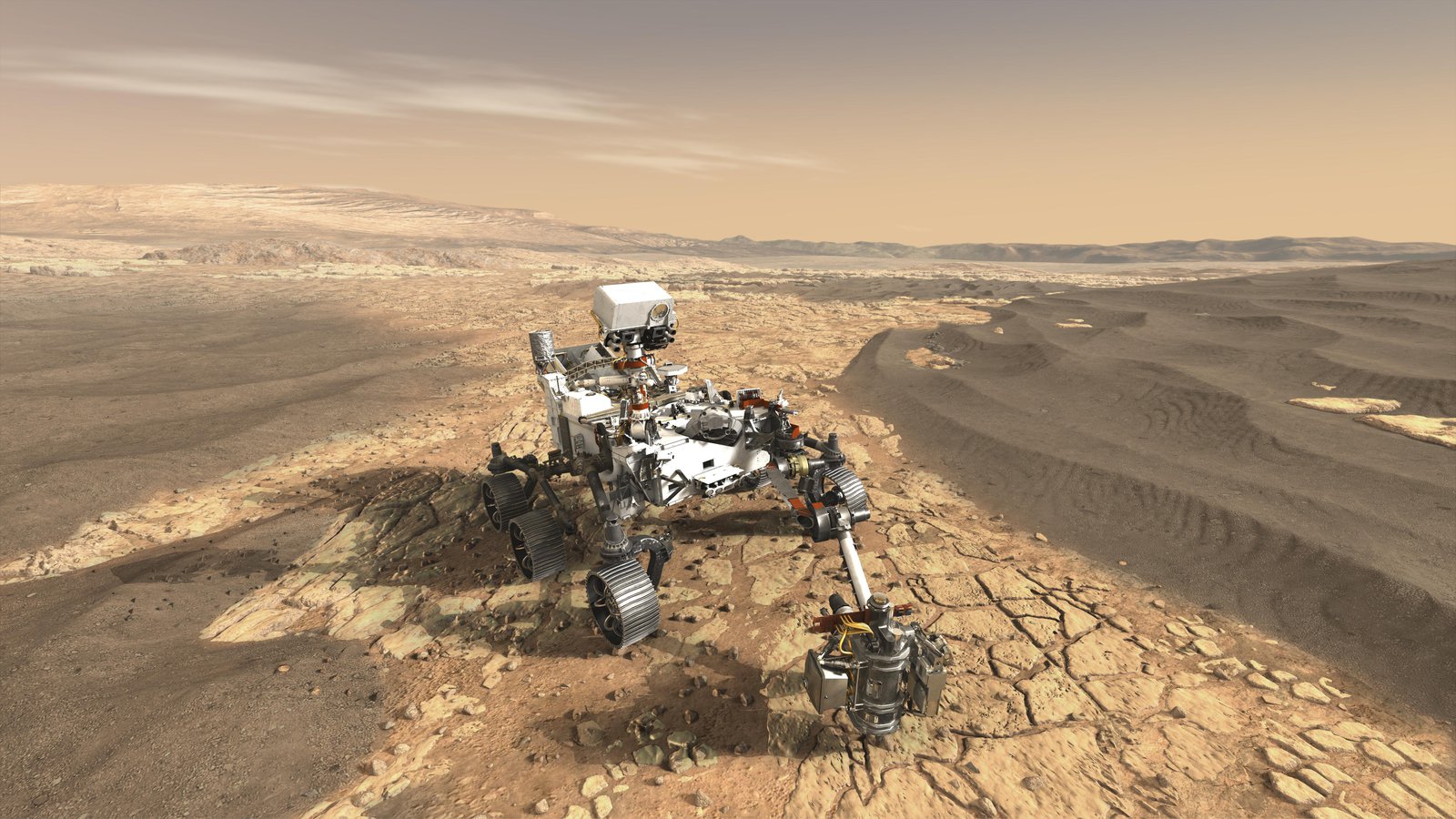 After a six-month journey, Perseverance, the most sophisticated rover NASA has ever sent to Mars, will land on the red planet. Along with people around the world, scientists and students at the University of Hawaiʻi at Mānoa eagerly await this milestone, scheduled for February 18, 2021 around 10:30 a.m. HST. People can join the watch party for the landing online.

Since being selected for the NASA instrument teams in 2014, researchers in the UH Mānoa School of Ocean and Earth Science and Technology (SOEST) worked to develop, test and refine scientific instruments to search for clues about past life on Mars. The rover’s landing site, Jezero Crater, once contained a lake that scientists think is one of the most ideal places to find evidence of ancient life.

Built at NASA’s Jet Propulsion Laboratory, Perseverance is loaded with scientific instruments the teams will use to search for signs of ancient microbial life, characterize the planet’s geology and climate, and collect carefully selected rock and sediment samples for possible return to Earth by a future mission.

“There was a huge sense of relief when the launch went flawlessly in late July. Then, it was a case of waiting patiently for the spacecraft to get there,” said Sarah Fagents, a researcher at UH Mānoa’s Hawaiʻi Institute of Geophysics and Planetology (HIGP) in SOEST and volcanologist with the Mastcam-Z camera team.

“It was very exciting to see the remote Raman instrument that was developed within HIGP since 1998 in the Raman spectroscopy laboratory launched successfully as a part of the Supercam instrument,” said Shiv Sharma, HIGP researcher and co-investigator on the SuperCam instrument team.

“In October, Mars was closer to Earth than it will be for another 15 years, so it loomed large, bright and red in the night sky,” said Fagents. “I would go outside in the evenings and imagine the little spacecraft hurtling towards its destination. The past weeks have been increasingly nerve-racking as landing approaches. It’s incredibly hard to land on the surface of another planet, and a lot of people’s hopes and dreams ride on this going well!  Both myself and Shiv have been working on this mission since 2014, so we are hugely invested in its success.”

Mastcam-Z is the mast-mounted multispectral stereo camera system that is equipped with a powerful zoom function. At a maximum zoom setting, the cameras could resolve a feature as small as a housefly across the length of a football field—enabling the team to identify rocks, soils and other targets that deserve a closer look by other instruments as they search for signs of ancient Martian life.

Sharma, as a member of the SuperCam instrument team, will assist with detection of biosignatures—indicators that life existed in the distant past. The SuperCam is a suite of instruments that uses remote optical measurements and laser spectroscopy to determine fine-scale mineralogy, chemistry, and atomic and molecular composition of samples encountered on Mars. This allows the team to detect organic compounds and biosignatures from a distance on and in rocks, soils and sediment layers on Mars.

During the past six months, the scientists and their graduate students Eleni Ravanis, Francesca Cary and Evan Kelly, have been extensively training in science operations, procedures and tools.

“The Mars 2020 team is thousands of people strong, and all of the different facets of operating on the surface of another planet have to work together flawlessly,” said Fagents. “As well as learning the technical nuts and bolts of how to do surface operations, we have been engaged in the strategic planning of the rover route to maximize the scientific gains of the mission.”

An unprecedented view of Mars

After landing and once instrument checks are completed, Perseverance will drop off the helicopter Ingenuity and observe as it makes its flights. This will be the first powered flight on another planet.

“After the past seven years of imagining this moment, I am super excited to see the first ever images taken on the ground at Jezero Crater,” said Fagents.