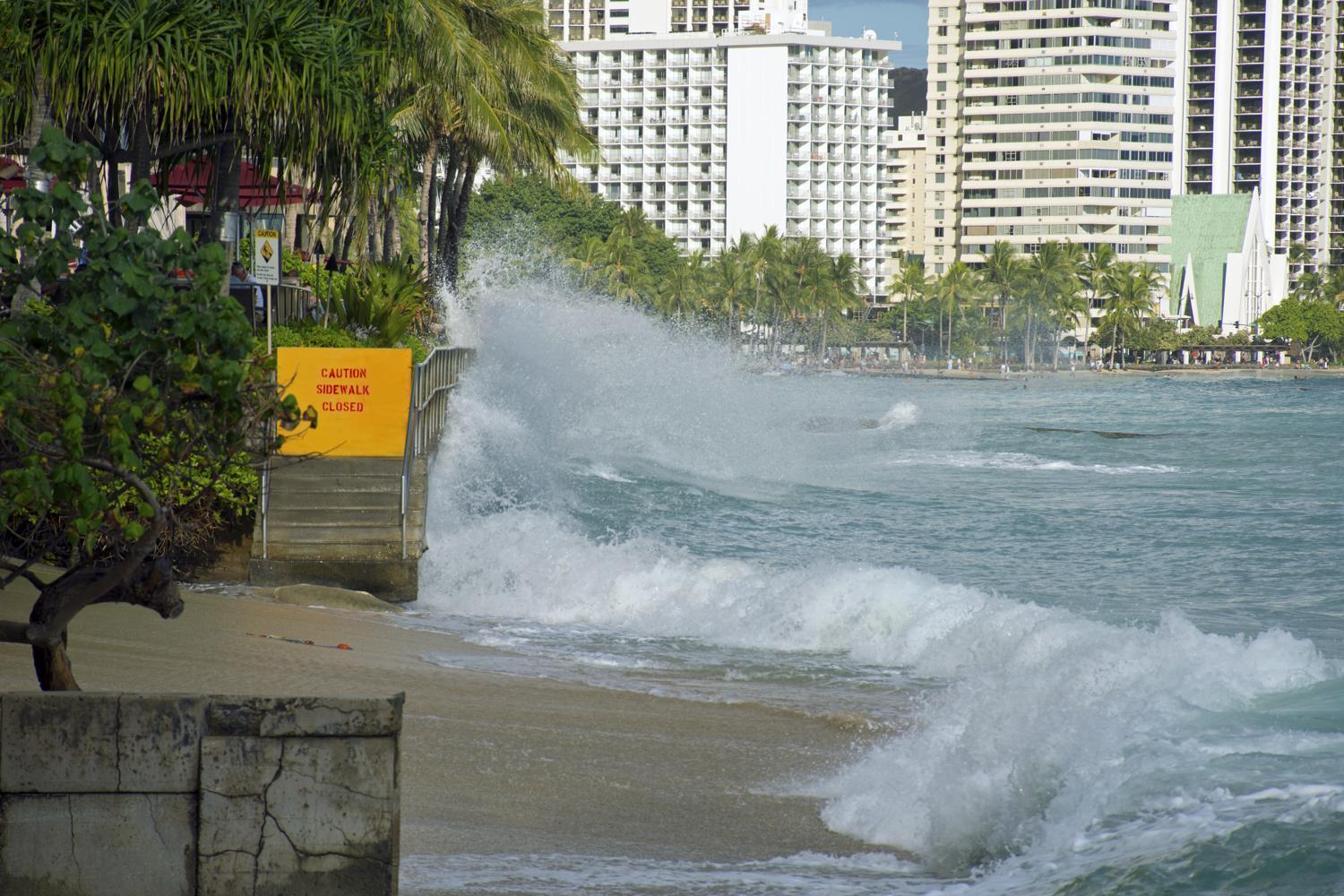 A team of researchers from the University of Hawai‘i (UH) at Mānoa School of Ocean and Earth Science and Technology (SOEST) identified a global tendency for future sea levels to become more variable as oceans warm this century due to increasing greenhouse gas emissions. Sea level variability alters tidal cycles and enhances the risks of coastal flooding and erosion beyond changes associated with sea level rise.

Sea level rise is occurring as Earth warms due to two main factors: melting of land-based ice such as glaciers and ice sheets, and the expansion of seawater as it warms – termed thermal expansion. Previously unknown was whether the rate of thermal expansion, which accelerates with warming, will also affect the variability of sea level.

In a study published this week in Communications Earth & Environment, the team led by Matthew Widlansky, associate director of the UH Sea Level Center, assessed future sea level projections from global climate models. The team found that while future sea level variability changes are uncertain in many locations, nearly all of the 29 models they analyzed agreed on an overall tendency for the variability to increase on seasonal-to-interannual timescales.

“Whereas it is well understood that the rate of global mean sea level rise will accelerate with future warming, in part due to the oceans expanding faster at higher temperatures, it was previously unexplored how this nonlinear thermal expansion property of seawater will affect future sea level variability,” said Widlansky.

“Following thermodynamic laws, sea level variability increases in a warmer climate because the same temperature variations, for example related to the seasonal cycle, cause larger buoyancy and sea level fluctuations,” added Fabian Schloesser, a researcher at the UH Sea Level Center who collaborated on the study.

In places where changes due to ocean thermodynamics and other climate variability processes align, the team found the largest increases in future sea level variability.

“Forecasting can potentially provide alerts months in advance if sea levels are likely to cause tides to be more extreme than otherwise expected,” said Widlansky.

While the science team explores how to develop better forecast outlooks, the UH Sea Level Center is actively monitoring extremes through a global network of tide gauge observations, including in Honolulu, Hawai‘i.