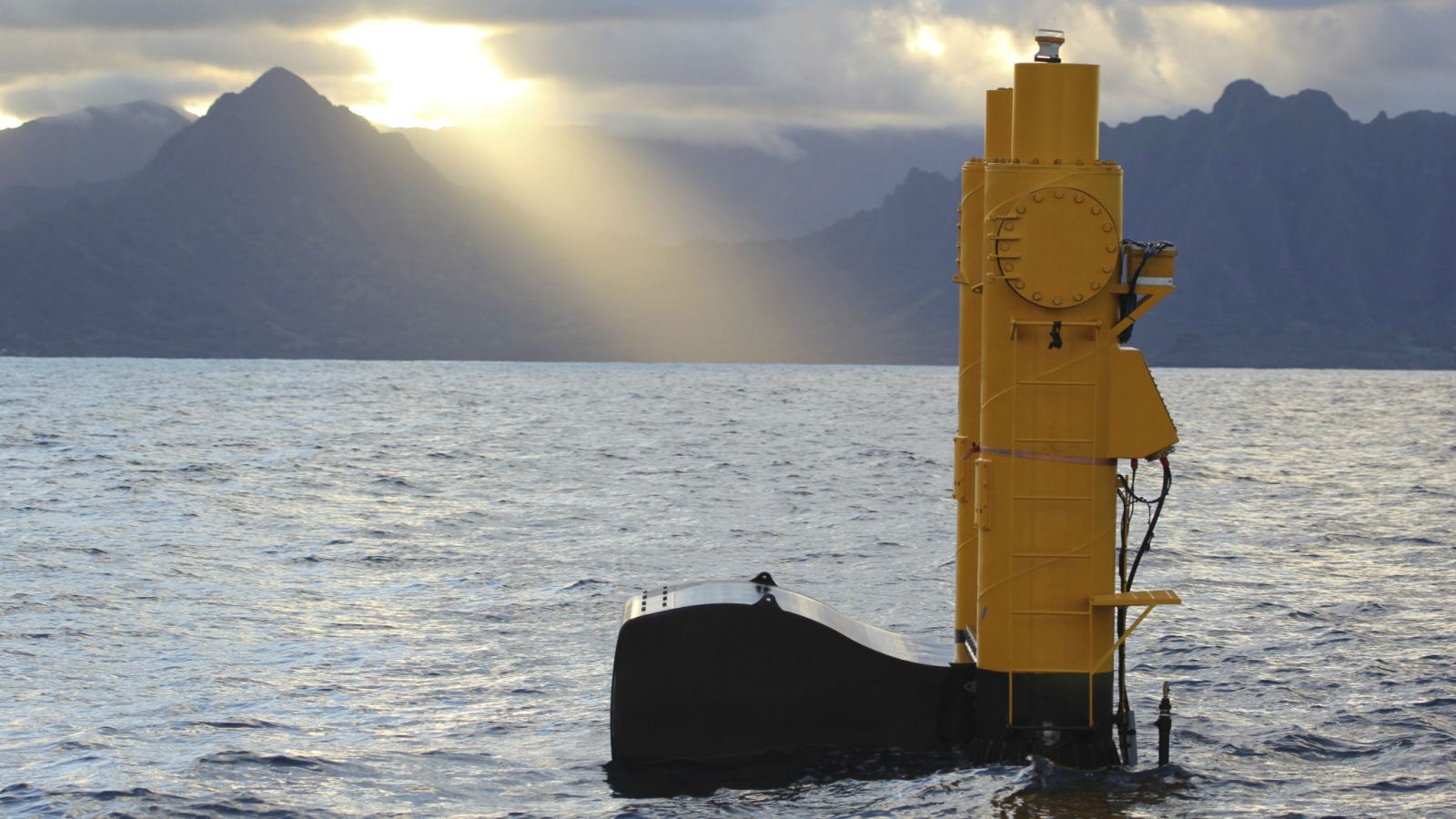 When it comes to renewable energy, Hawai‘i stands out, with 15 percent of the state’s power coming from solar and wind. Now, the state may be pioneering another renewable form of energy: ocean waves. NewsHour Weekend’s Megan Thompson visited Hawai‘i, where researchers are testing a new frontier of wave power technology. The report discusses several different wave-energy devices being studied at wave energy testing sites in Kāne‘ohe Bay off Marine Corps Base Hawai‘i, including “The Azura” (shown above) designed by Azura Wave Energy based in Portland, Oregon, and the “Lifesaver” (because of its shape) developed by a Norwegian company called Fred Olsen.

Read more about it and watch the video report at PBS Newshour.