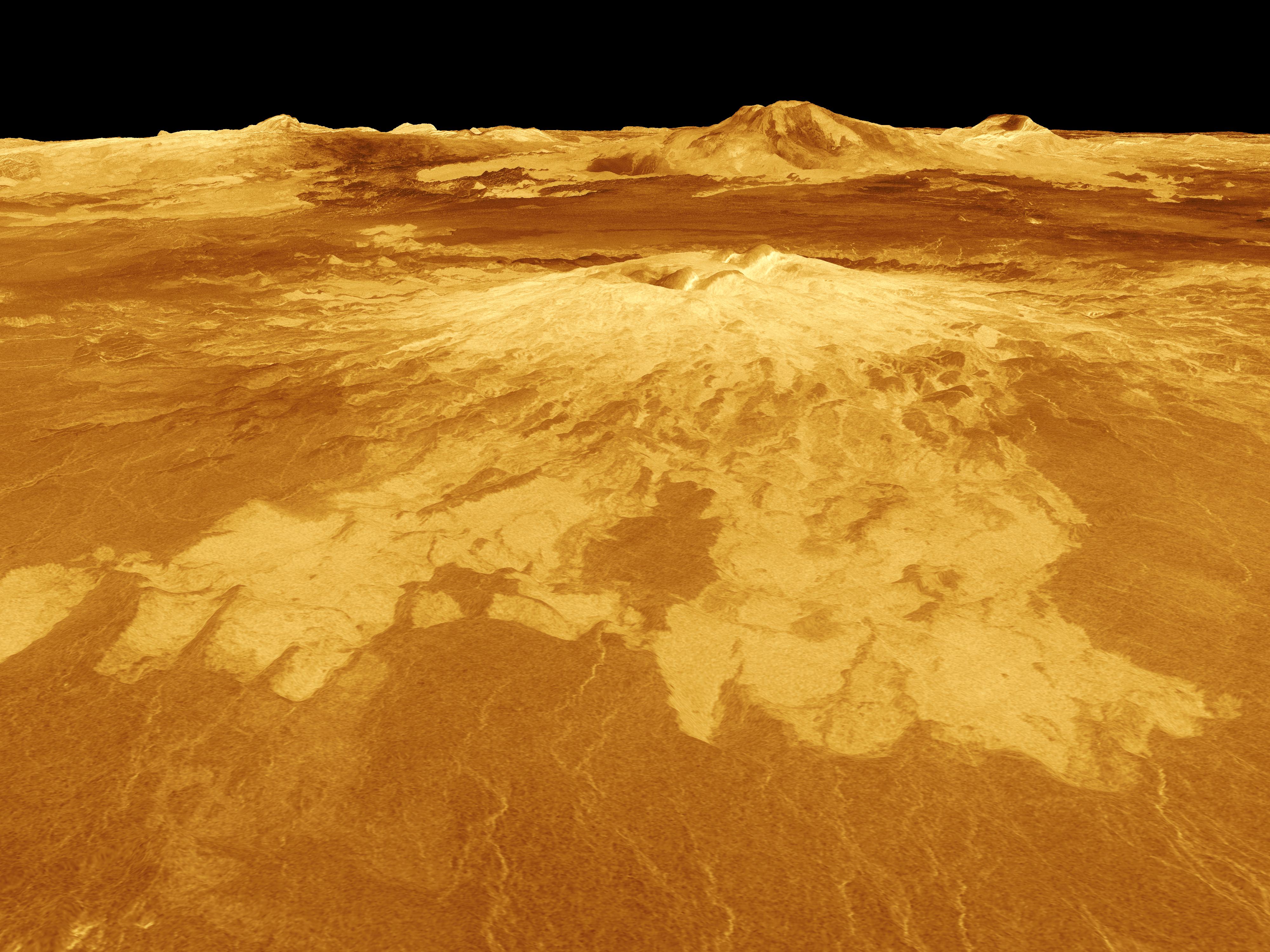 Sapas Mons, a volcano 248 miles across and nearly 1mile high, is visible in the center of this image of the surface of Venus. Credit: NASA Jet Propulsion Laboratory.

SOEST planetary scientist David Trang co-authored a study published this week in Science Advances that shows lava flows on Venus may be only a few years old, suggesting that Venus could be volcanically active today — making it the only planet in our solar system, other than Earth, with recent eruptions.

“If Venus is indeed active today, it would make a great place to visit to better understand the interiors of planets,” said Justin Filiberto, the study’s lead author and Universities Space Research Association (USRA) staff scientist at the Lunar and Planetary Institute. “For example, we could study how planets cool and why the Earth and Venus have active volcanism, but Mars does not. Future missions should be able to see these flows and changes in the surface and provide concrete evidence of its activity.”

Radar imaging from NASA’s Magellan spacecraft in the early 1990s revealed Venus, our neighboring planet, to be a world of volcanoes and extensive lava flows. In the 2000s, the European Space Agency’s Venus Express orbiter shed new light on volcanism on Venus by measuring the amount of infrared light emitted from part of Venus’ surface during its nighttime. These new data allowed scientists to identify fresh versus altered lava flows on the surface of Venus. However, until recently, the ages of lava eruptions and volcanoes on Venus were not well known because the alteration rate of fresh lava was not well constrained.

Trang, a researcher in SOEST’s Hawaii Institute of Geophysics and Planetology, Filiberto and co-authors recreated Venus’ hot caustic atmosphere in the laboratory to investigate how the observed Venusian minerals react and change over time. Their experimental results showed that once erupted onto the surface, an abundant mineral in basalt — olivine —reacts rapidly with the atmosphere and within weeks becomes coated with the iron oxide minerals magnetite and hematite. Trang’s efforts included relating laboratory results to the results from spacecraft data. They further found that the Venus Express observations of this change in mineralogy would only take a few years to occur. Thus, the new results by Filiberto and coauthors suggest that these lava flows on Venus are very young, which implies that Venus does indeed have active volcanoes.

“It has been decades since the last space mission to explore the surface of Venus and hopefully our findings will persuade the community that we need to go back to further investigate our dynamic neighbor,” said Trang.