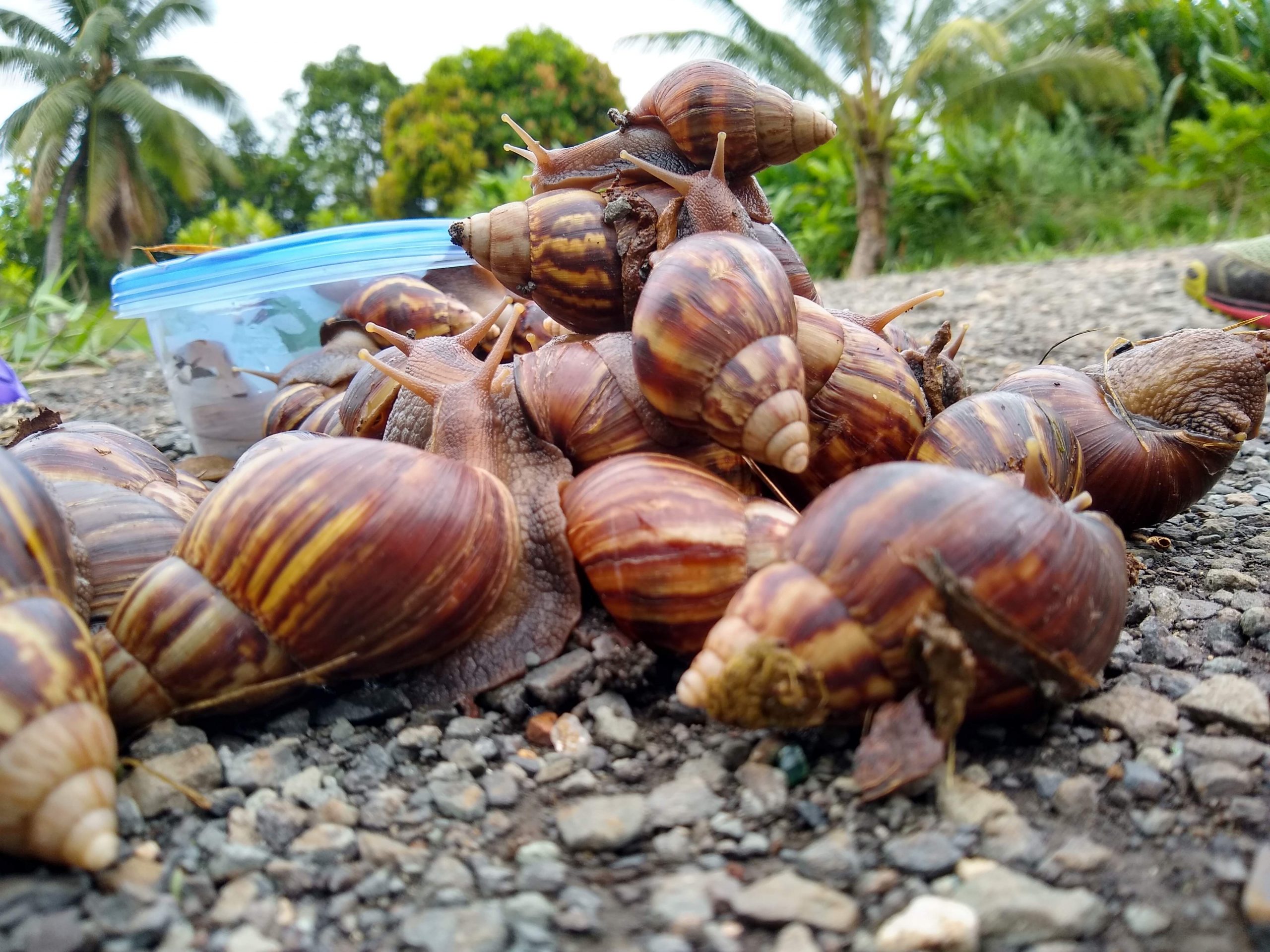 In an effort to advance research and treatments for rat lungworm disease, the illness caused by a nematode (roundworm) known scientifically as Angiostrongylus cantonensis, researchers from the University of Hawai‘i (UH) at Mānoa formed the Mānoa Angiostrongylus Research Group in 2019. The group, led by Robert Cowie, a research professor in the UH Mānoa School of Ocean and Earth Science and Technology (SOEST), includes scientists from the John A. Burns School of Medicine (JABSOM), the College of Tropical Agriculture and Human Resources (CTAHR) and Cowie’s home research institute, SOEST’s Pacific Biosciences Research Center.

“The purpose of our group is to foster collaboration across Mānoa units and to highlight the significant rat lungworm disease research being conducted here at UH Mānoa,” said Cowie.

Every year in Hawai‘i, rat lungworm disease is responsible for cases of debilitating illness, occasionally resulting in death.

Due to the potential severity of illness and broad community interest in preventing this disease, the research group has been funded by a variety of sources over the years including the George F. Straub Trust through the Hawai‘i Community Foundation, the Hawai‘i Department of Health, the U.S. Department of Agriculture, and the National Institutes of Health.

In the past two years, the researchers, including experts in environmental ecology, parasitology, zoology and human and animal diseases, have published eight studies—sharing new discoveries and developing guidance for diagnosis and treatment of the disease. The team has compiled a comprehensive catalog of information on multiple species of Angiostrongylus, including other species that cause human and animal diseases; summarized rat lungworm disease and its treatment for veterinary professionals; reported on the first canine infections with the illness in Hawai‘i; provided updated guidelines on the diagnosis and treatment of rat lungworm disease; and is currently involved in a novel project of drug discovery to treat it.

Different species of snails in Hawai‘i host variable amounts of the infectious rat lungworm. The most recently published study, led by Randi Rollins, a UH Mānoa Zoology graduate student working in Cowie’s laboratory, revealed that environmental factors such as rainfall, temperature and the extent of green vegetation, influence rat lungworm infection in snails.

“So the snail’s capacity to transmit rat lungworm depends on the environment and the host species, as human infection mainly occurs after ingestion of infected snails,” said Rollins.

In general, snails from rainy, cool, green sites have higher infection levels than do snails from dry, hot sites with less green vegetation. However, rat lungworm prevalence does not increase at the same rate in conjunction with the environment in all snail species. Some species, such as Veronicella cubensis, large brown slugs commonly seen after rain, have very low infection levels in both hot and dry regions and wet and heavily vegetated areas. On the other hand, rat lungworm is more prevalent in giant African snails from wet, cool areas than in hot and dry regions.

“This interaction between host species and their environment highlights the importance of taking the ecology of species harboring the agents causing zoonotic diseases into account,” said Rollins. “I strive to identify gaps in our knowledge that can create a safer Hawai‘i and a more informed public.”

To support ongoing research, Cowie received funding from the Hawai‘i Community Foundation to assess whether infectious larvae are released in snail and slug slime, and thereby pose a problem if they contaminate produce.

“This is a question we are frequently asked by the public but to which there is no satisfactory answer yet,” said Cowie. “Though what little data there are suggest that few if any larvae are released in the slime. The jury is out on this question until we have some concrete and rigorous results from our research.”