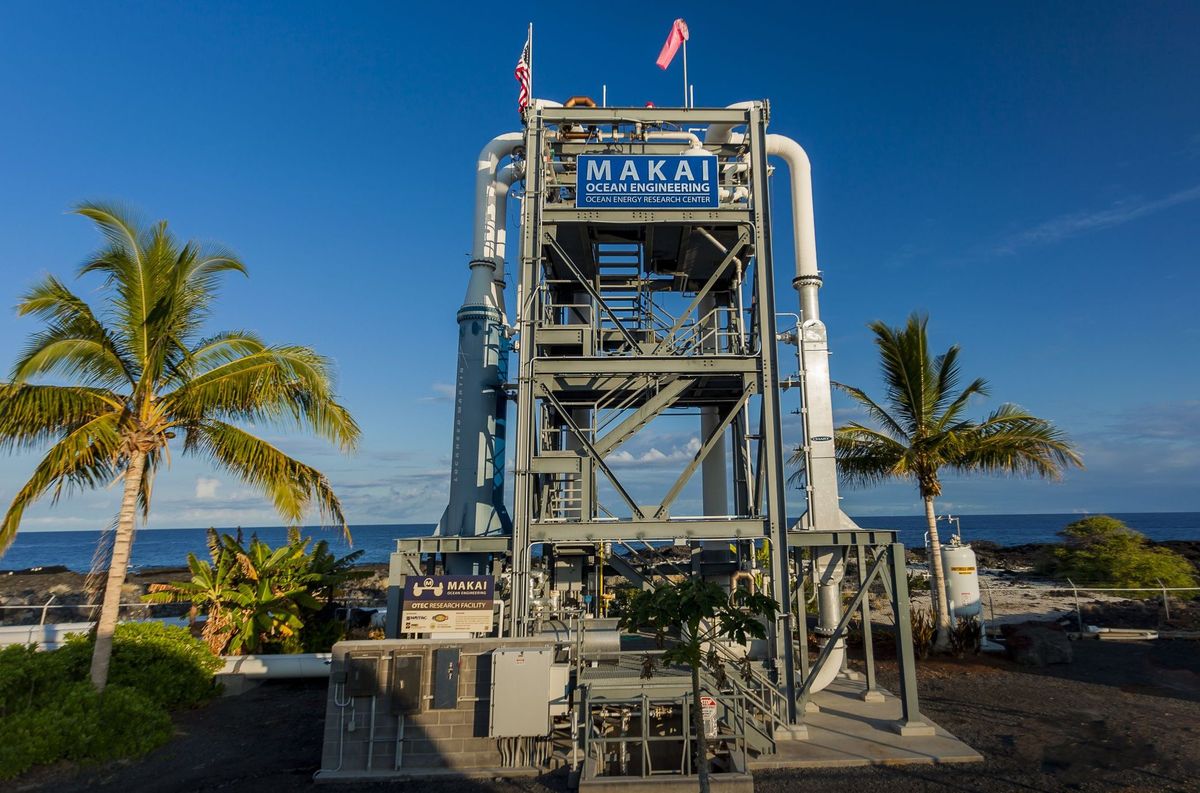 Makai Ocean Engineering Inc. officially flipped the switch of its Ocean Thermal Energy Conversion (OTEC) power plant in Kailua-Kona on Hawai‘i island during a dedication ceremony on Friday. The OTEC power plant uses the temperature difference between the near-freezing deep water of the ocean and the surface waters heated by the sun to generate electricity.

The power plant at the Natural Energy Laboratory of Hawaii Authority is a renewable energy facility that provides power 24 hours a day, 365 days a year. The facility will generate 100 kilowatts of electricity, which is enough to power 120 Hawaii homes every year. It mostly will be used for research. The research and development at the plant was funded by the Office of Naval Research through the Hawai‘i Natural Energy Institute (HNEI), and the infrastructure was funded by Naval Facilities Engineering Command.