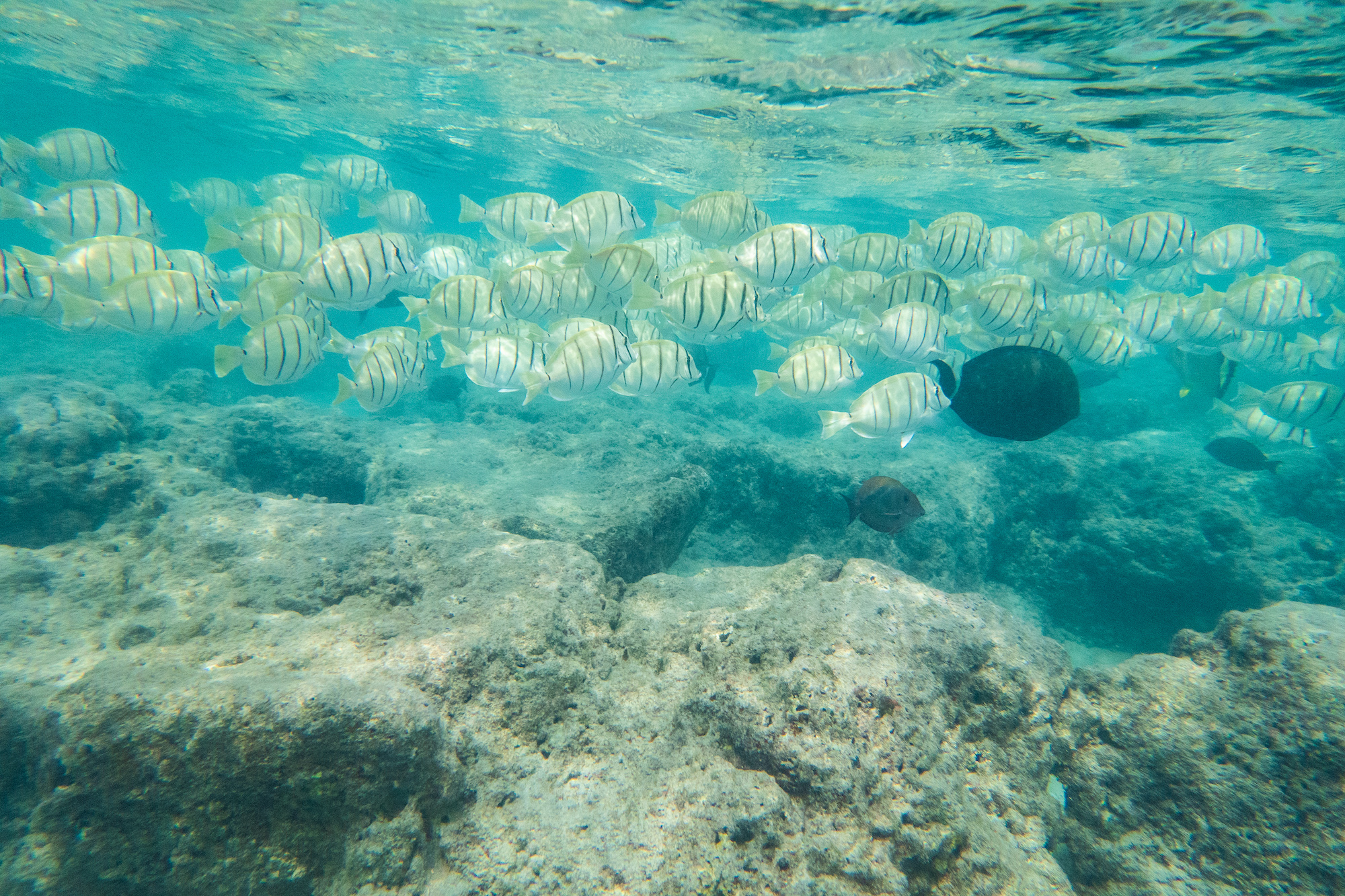 Marine protected areas (MPAs) around Oʻahu do not adequately protect populations of herbivorous reef fishes that eat algae on coral reefs. That is the primary conclusion of a study published in Coral Reefs by researchers from the University of Hawaiʻi at Mānoa School of Ocean and Earth Science and Technology (SOEST).

There are over 20 species of herbivorous fishes and ten species of herbivorous urchins commonly observed on Hawaiian reefs. These species eat algae that grows on reefs, a process called herbivory, that contributes to the resilience of coral reefs by preventing algae dominance that can lead to overgrowth of corals.

The team of researchers found that of the four marine protected areas around Oʻahu they assessed in the study, three did not provide biologically significant benefits for herbivorous fish populations compared to reefs outside the areas.

“Marine protected areas are a fishery management tool to limit or prevent fishing to help the recovery and maintenance of fish abundance and biomass inside the MPA,” said senior author Erik Franklin,  Associate Research Professor at the Hawaiʻi Institute of Marine Biology in SOEST. “An effective MPA should lead to a considerably higher abundance and biomass of fishes inside the MPA boundaries that would otherwise be caught by fishers but that wasn’t what our study found.”

Other factors influencing the biomass of herbivorous fishes included habitat complexity and depth, suggesting that environmental characteristics of coral reefs may have had a greater impact on herbivorous fish populations than MPA protection.

As part of the Sustainable Hawaiʻi Initiative, the State of Hawaiʻi’s Division of Aquatic Resources leads the Marine 30×30 Initiative, which committed to effectively manage Hawaii’s nearshore waters with 30 percent established as marine management areas by 2030. Currently, five percent of waters within state jurisdiction, which is within three nautical miles of shore, have some form of marine management, but no-take MPAs that ban fishing only make up less than one-half of one percent of the nearshore waters. To attain the stated goal of the 30×30 Initiative would require an expansion of marine managed areas to include an additional 25 percent of Hawaiʻi state waters.

“Our results suggest that prior to an expansion of MPAs in Hawaiian waters, more effort should be directed to effectively manage the existing MPAs to see if they meet the desired management objectives,” said lead author and UH Mānoa’s Marine Biology Graduate Program graduate student Noam Altman-Kurosaki. “The addition of more MPAs throughout the state that have similar performance to the Oʻahu MPAs would just lead to a series of paper parks that don’t provide biologically significant conservation benefits while decreasing fishing opportunities.”

Franklin said the research resulted in a comparative analysis of herbivorous fish and urchin populations inside and outside of Oʻahu MPAs that demonstrated biologically insignificant differences in fish biomass between the MPAs and reference areas, except for one site, Hanauma Bay. The analyses used statistical methods to assess the effects of protecting population within MPAs and the influence that differences in benthic habitats contributed to the results.