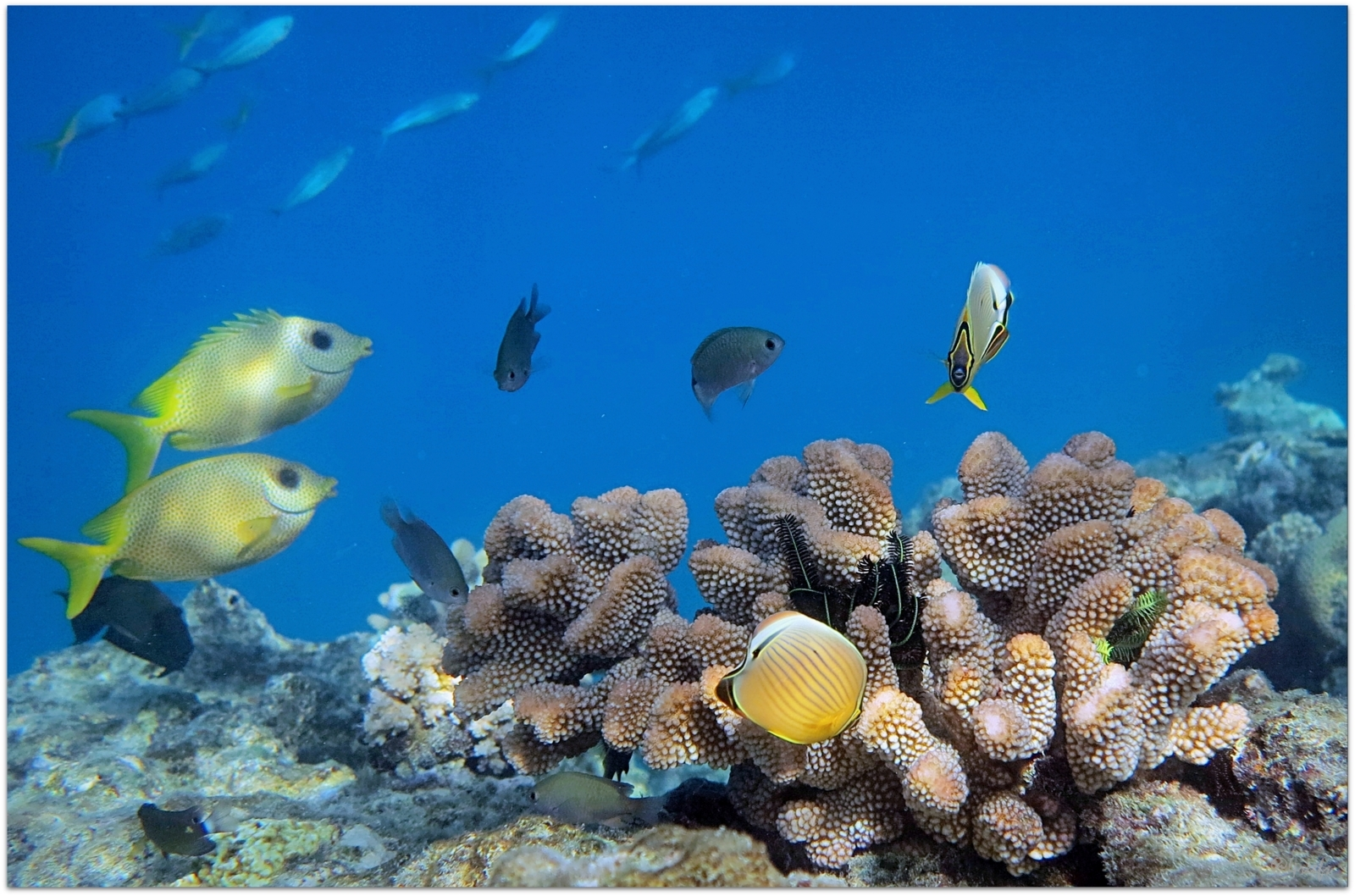 Places with lots of nooks and crannies contain lots of living things—that old brick-pile in the backyard has far more critters than the concrete driveway. This general rule is the same in natural habitats, from the abyssal trenches to the tops of mountains, from coral reefs to the tundra. These habitats range from relatively simple, flat surfaces to highly complex three-dimensional structures.

Damaris Torres-Pulliza, a doctoral candidate at the University of Hawai‘i at Mānoa’s Hawai‘i Institute of Marine Biology (HIMB) and a team of ecologists and engineers from the University of St. Andrews and the University of Sydney have developed a relatively simple way to standardize how habitat complexity is measured. This new approach allows for insights into how structural changes to land and seascapes will alter ecosystems.

“Scientists have come up with a range of ways to measure habitat complexity,”  said Torres-Pulliza. “But they vary tremendously, especially across different ecosystems. They tend to only capture part of the complexity picture, which makes these studies difficult to compare.”

“We found that you need to know exactly three things about a habitat: rugosity, fractal dimension and height range,” explained Joshua Madin, an associate researcher at HIMB in the UH Mānoa School of Ocean and Earth Science and Technology. “If you think of your backyard brick-pile, rugosity tells you the amount surface area there is for critters to live on, fractal dimension tells how many critters of different sizes can fit in among the bricks, and height range sets an upper limit to critter size. You won’t find an elephant in your bricks, right?”

The extraordinary part of the researcher’s work, published today in Nature Ecology and Evolution, is that you only need to know two of the three measurements to be able to characterize the structure of a habitat.  This means ecologists can pick the two aspects of complexity that are easiest to measure and will automatically know the third. This theoretical breakthrough also means that scientists can back-calculate a richer picture of habitat complexity from past studies and compare habitat complexity among different ecosystems, but also that focusing on a single metric can cause misleading results.

The team used a mix of robots and underwater camera gear to measure the three-dimensional structure of coral reef. They then spent many hours underwater counting every single coral found on the 3D maps and identifying them to  species names.

“We counted 10,000 corals of about 130 species,” said Maria Dornelas of the University of St. Andrews. “We found that using the three metrics together dramatically improves our ability to predict the distribution of biodiversity, and this helps us understand how the structure of a place affects who lives there.”

Though the work is new and currently only applied to coral reefs, the researchers hope that their new theory might become the backbone of research into the relationships between habitat complexity and biodiversity in all kinds of habitats and ecosystems, underwater and on land. Given the extraordinary changes occurring in the natural world, determining how biodiversity, conservation status and recovery rates relate to habitat complexity is paramount.

Read also on UH News, ScienMag, Phys.org and Inside Ecology.