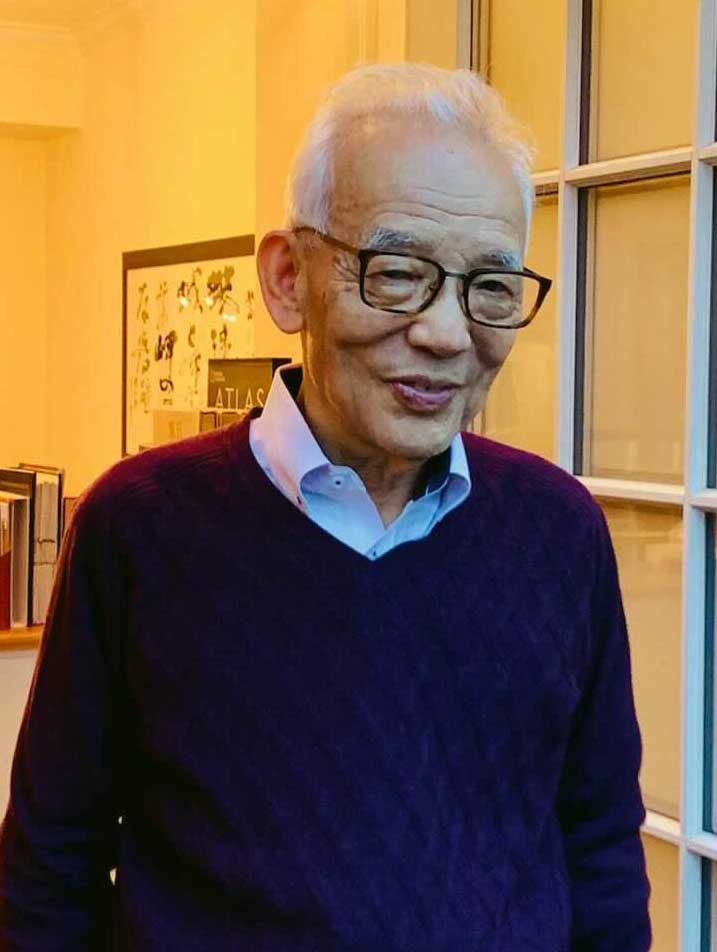 Two pioneers of climate research share this year’s Nobel Prize in Physics, both with ties to the International Pacific Research Center (IPRC) and the School of Ocean and Earth Science and Technology (SOEST) at the University of Hawai‘i at Mānoa. Klaus Hasselmann and Syukuro ‘Suki’ Manabe were recognized by the Royal Swedish Academy of Sciences “for the physical modelling of Earth’s climate, quantifying variability and reliably predicting global warming.”

Over his long and distinguished career Manabe has made key contributions to understanding the processes controlling the variation of Earth’s climate and to the development of the computational tools for climate modelling. In a Nobel Prize press release, the award committee praised Manabe’s numerical demonstration to the world that increased levels of carbon dioxide in the atmosphere lead to increased temperatures at the surface of the Earth.

“Manabe’s work launched the field of computer modeling of climate, and he was the pioneer in modeling the coupling of the atmospheric climate and circulation to the ocean, the land surface, and the cryosphere,” said Kevin Hamilton, SOEST emeritus professor of atmospheric sciences and retired director of IPRC.

Manabe spent most of his career with the NOAA Geophysical Fluid Dynamics Laboratory and Princeton University, but in 1997 he returned to his native Japan where he headed the Global Warming Research Program for the Japan Agency for Marine-Earth Science and Technology (JAMSTEC) during 1997-2001. This period also saw the 1997 establishment of IPRC at UH Mānoa by JAMSTEC as a Japan-US collaborative center to advance research in understanding and modelling climate variability and climate change in the Asia-Pacific region.

In 2005, Manabe visited IPRC to share two scientific presentations with the UH community. Then, in 2009, he returned to IPRC to further discuss climate modeling issues with faculty, staff, and students. During the visit Manabe and IPRC outreach specialist Gisela Speidel finalized a contribution dealing with Manabe’s career for the American Meteorological Society Oral Histories Project. The IPRC continues in its third decade as a unique Japan-US collaboration for climate research and is a focus for climate science at UH.

Hasselmann, professor emeritus at the University of Hamburg and founding director of the Max Planck Institute for Meteorology, developed the fundamental theory that explains how slow temperature variations in the oceans are related to day-to-day variations of the weather in the atmosphere.

“This theory has become one of the cornerstones of modern climate science and is a foundation for much of the research conducted at IPRC,” said Malte Stuecker, assistant professor of oceanography at SOEST and IPRC. “It has been widely applied in multiple fields, ranging from climate physics to terrestrial and marine ecosystems.”

His work was fundamental to the detection of the “fingerprint” of human-induced climate change in the presence of natural variability. In addition, Hasselmann was instrumental in advancing climate model development and computations in Germany. Hasselmann also had links to Hawaiʻi. In 1963 he spent three months on the islands researching surface gravity wave propagation, the theoretical foundation for surf forecasting. Furthermore, he advised the doctoral dissertations of SOEST alumni Axel Timmermann and Peter Müller.

The powerful statement issued in the latest report by the Intergovernmental Panel on Climate Change that “It is unequivocal that human influence has warmed the atmosphere, ocean and land. Widespread and rapid changes in the atmosphere, ocean, cryosphere and biosphere have occurred,” would not have been possible without the climate models that Manabe and the statistical methods that Hasselmann helped to pioneer.

“Both Hasselmann’s and Manabe’s contributions cannot be overstated,” continued Stuecker. “Their work reverberates through all of modern climate science and influences our thinking about the climate change problem and its solutions to this very day and likely will for decades to come.”