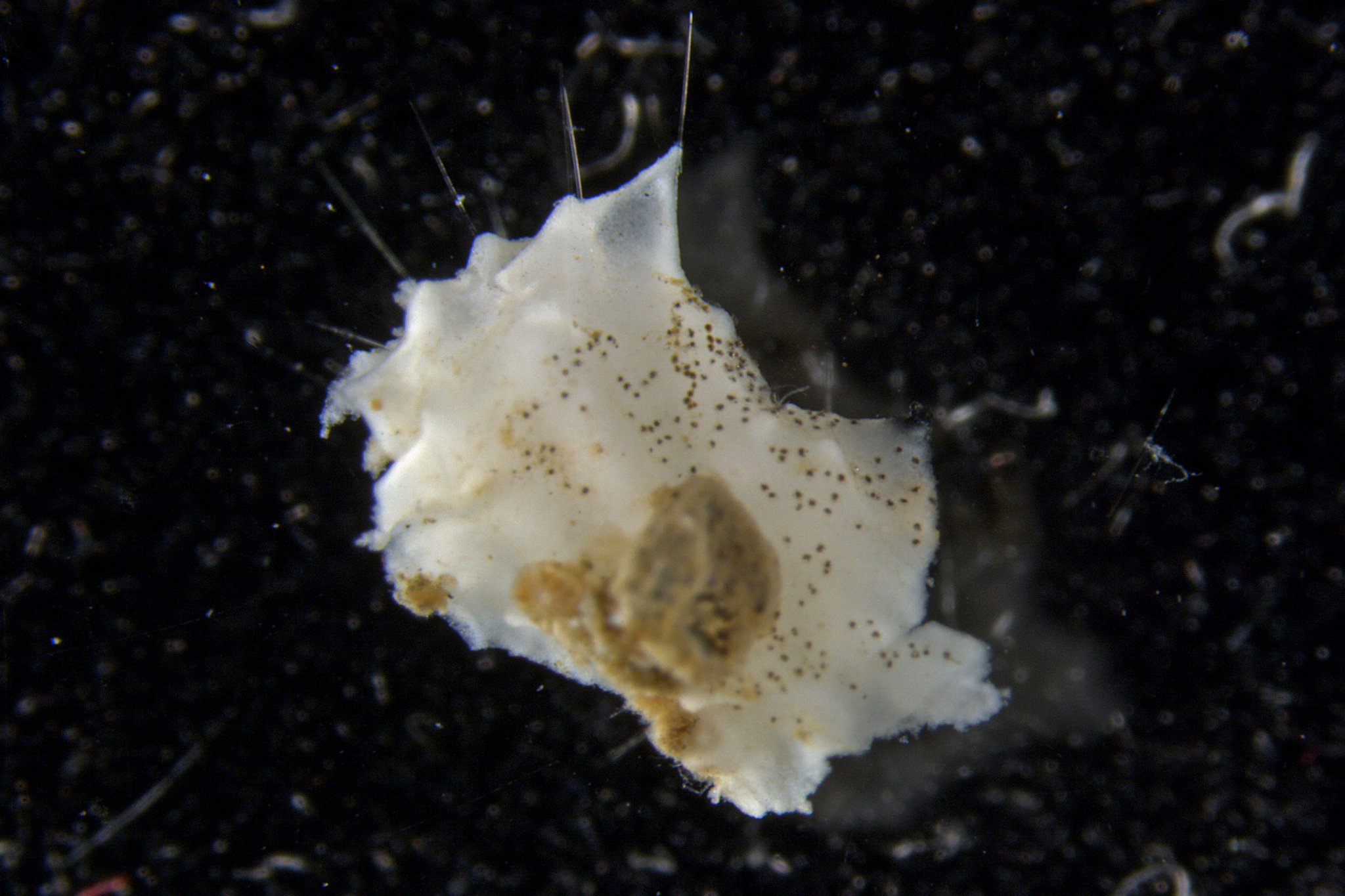 Plenaster craigi are tiny, newly discovered sponges that live on rock nodules targeted for deep-sea mining on the Pacific Ocean seafloor. Image courtesy of the National University of Singapore

Thirteen thousand feet deep, on the cold, dark desert of the Pacific Ocean seafloor, scientists have discovered new sponges living on rock nodules targeted for deep-sea mining. The tiny sponges, named Plenaster craigi partly for the multitude of stars that make up their “backbones”, belong in a genus of their own and are the most abundant organism found to date that live on the nodules.

“When I examined Plenaster for the first time, I was amazed by its unusual, simple skeleton,” said Swee-Cheng Lim, a sponge taxonomist from National University of Singapore and lead author of a paper on the discovery, published in the journal Systematics and Biodiversity.

The sponges were collected on two expeditions, in 2013 and 2015, led by Craig Smith, professor of Oceanography, to the Clarion-Clipperton Zone (C.C.Z.), a chunk of the Pacific Ocean between Hawai‘i and Mexico that is the size of the continental United States. Dr. Lim, in collaboration with another research team led by Adrian Glover at the Natural History Museum in the United Kingdom, characterized and classified the sponges based on both their appearance and genetics.

Read more about it in the New York Times.