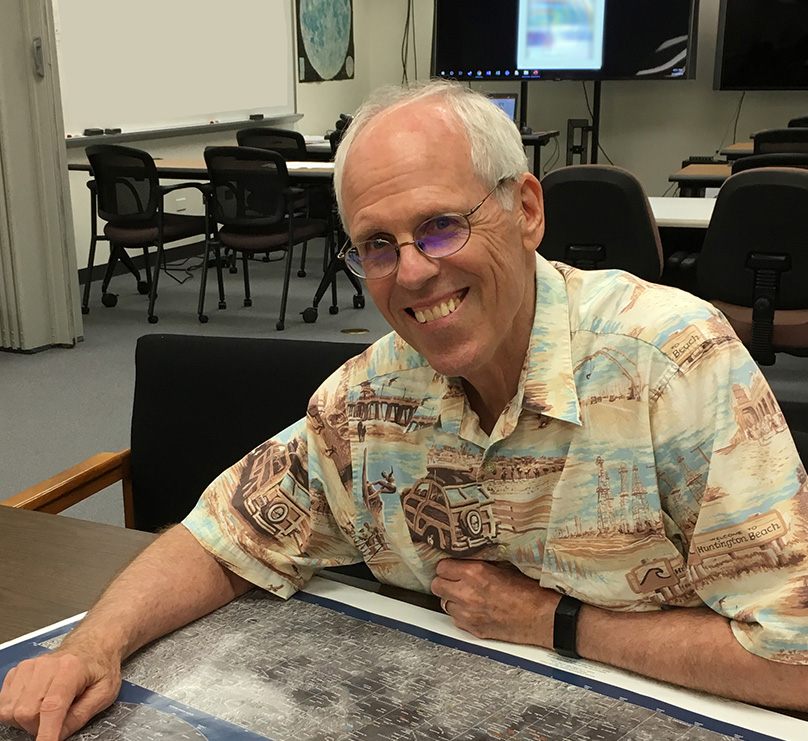 Jeff Taylor, Researcher Emeritus with the Hawaii Institute of Geophysics and Planetology in SOEST,  has been named a member of the Science Advisory Board for the Blue Origin lunar lander, called Blue Moon.

Board membership was revealed during a press conference by Blue Origin founder Jeff Bezos on May 9, 2019 at the Walter E. Washington Convention Center in Washington, D.C. The five other scientists on the advisory board are Harrison “Jack” Schmitt (Apollo 17 astronaut, geologist), Steve Squyres (professor of astronomy at Cornell University), Bradley Jolliff (Scott Rudolph professor of earth and planetary sciences at Washington University in St. Louis), Dean Eppler (former geologist at the Johnson Space Center in Houston and field tester of experimental spacesuits), and Ryan Watkins (research scientist with the Planetary Science Institute). The Board provides feedback to the Blue Moon team about lunar surface composition and material properties, sampling strategies, lander design, landing site selection, lunar science goals, and resource exploration.

“Serving on this advisory board and working with Blue Moon is one of the most exciting opportunities I have had,” Taylor said. “The Blue Moon project is the beginning of the second stage of human exploration of the Moon, and the one I hope leads to permanent settlement.”

“Space exploration is far from a diversion in addressing pressing problems on Earth,” Taylor said, “it’s part of the solution. Using space resources expands Earth’s natural resources and opens up vast new opportunities for the benefit of people on Earth.”