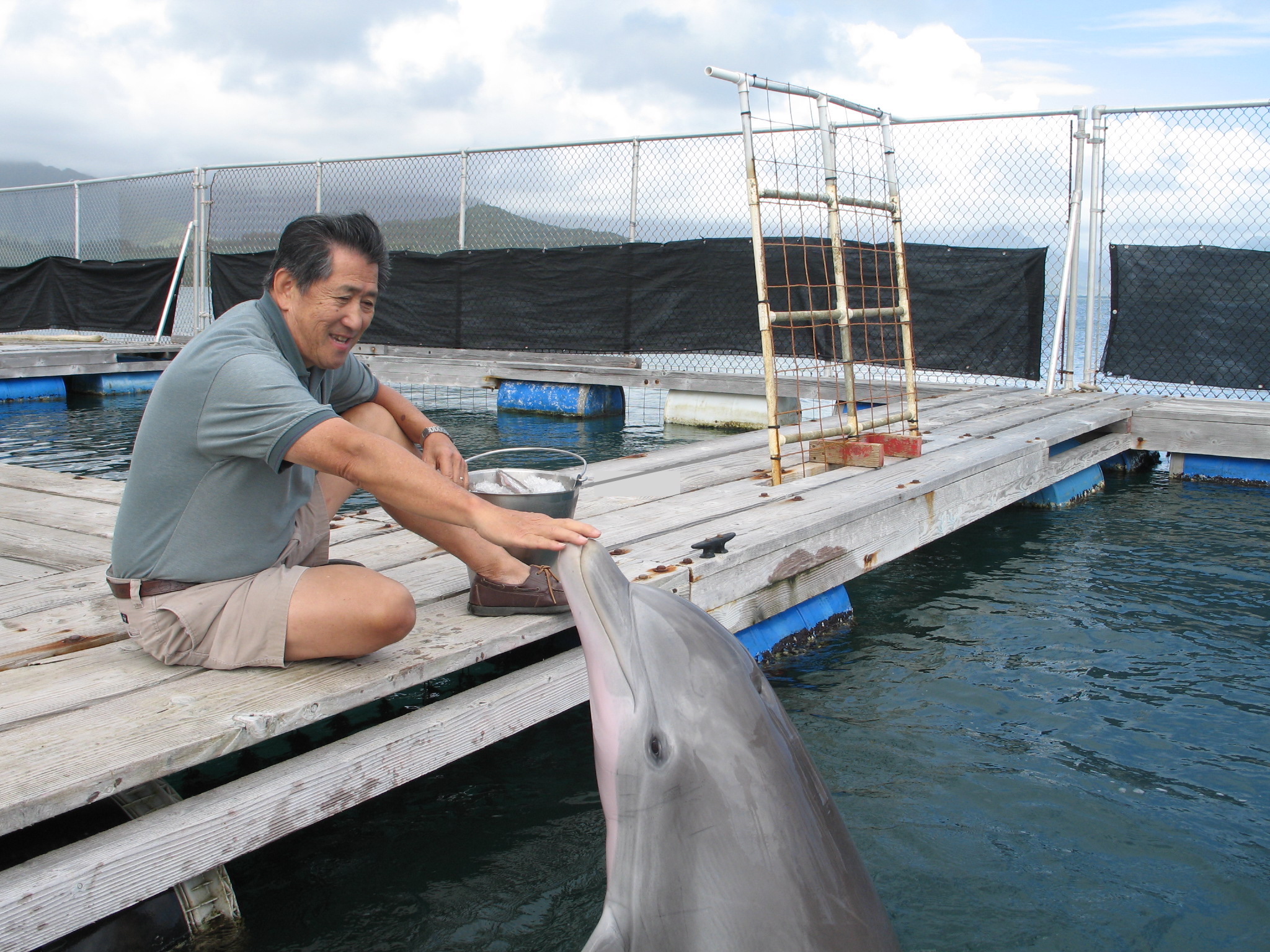 Dr. Whitlow W.L. Au, a pioneer of understanding the echolocation of dolphins and whales, passed away Feb 12th, after two months of troubles with his heart. Whit was born and raised in Honolulu, graduated from St. Louis High School, and received a B.S. in Electrical Engineering from the University of Hawaii in 1962. He received his M.S. in Electrical Engineering in 1964 from Washington State University and spent four years as a U.S. Air Force scientist in New Mexico studying the propagation of radar signals through the plasma sheath of reentry vehicles. He returned to Washington State University to complete his Ph.D. in Electrical Science in 1970. He then joined the U.S. Navy’s Naval Undersea Center, first in San Diego and then close-to-home in Kaneohe, switching to understanding the biosonar of dolphins. He advanced quickly to head their Biosonar Branch.

Following his seminal paper in 1974 on the echolocation signals of Atlantic bottlenose dolphins, he went on to methodically quantify the performance and signal characteristics of dolphins and other small whales that echolocate under water. His foundational book, “The Sonar of Dolphins” published in 1993, remains the primary source describing dolphin echolocation. He published another masterpiece, with Mardi Hastings, “Principles of Marine Bioacoustics” in 2008.

When congress closed the Hawaii Laboratory in 1993, Whit was offered the opportunity to move back to San Diego but was invited and chose to jointly start the new Marine Mammal Research Program at SOEST’s Hawaii Institute of Marine Biology on Coconut Island at the University of Hawaii at Manoa. Being hired as a University Researcher/Professor allowed Whit’s academic career to blossom. He loved and respected his graduate students and they, in turn, returned his affection and his propensity for hard work and success – one, for example, continuing on to become a Macarthur Fellow.

His recent passing has caused many to mourn. His success will not be forgotten.  He wrote three books, edited three others, and published ~230 papers in the open peer-reviewed literature.  He was a Fellow of the Acoustical Society of America and a former President of that Society, was chosen for both Silver and Gold Medal awards by the ASA, was a long-term Associate Editor of their Journal, and served on the Ocean Studies Board of the National Research Council of the National Academies.  He is survived by his wife Dorothy, his four children and his many grandchildren.