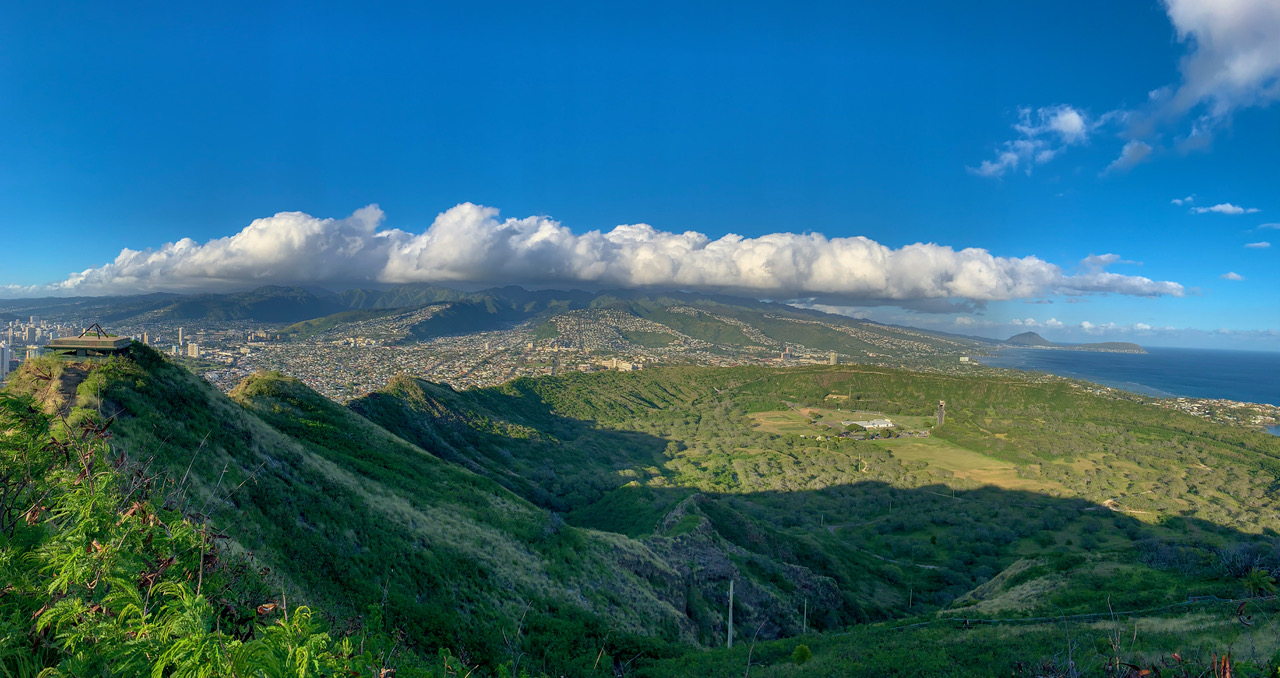 The presence of mountains plays an important role in the distribution of precipitation over land as they force air up and over the terrain. Therefore, accurately modeling the influence of mountains on the atmosphere is imperative to providing reliable forecasts.  In a newly published paper, atmospheric science researchers at the University of Hawai‘i at Manoa present a new approach that more efficiently represents the slopes of terrain in numerical weather prediction models. When the new approach was tested in a regional weather forecast model over the island of Oahu, Hawai‘i and compared to the current method of handling terrain, the estimated precipitation amount and forecast accuracy was improved.

“The windward side of Oahu has extremely steep mountains (or pali), which are poorly resolved by the National Weather Service operational forecast model because the model grid spacing is not fine enough,” said Steven Businger, professor of atmospheric sciences at the UH Mānoa School of Ocean and Earth Science and Technology (SOEST) and co-author of the study. “When the resolution, or grid spacing, in a weather model is increased by a factor of two, the computational expense increases by a factor of eight, making it too expensive to capture the details of the windward cliffs. By including the enhanced terrain slope in the forecast model, estimates of uplift at low levels all along the windward cliffs and cirques are significantly improved.”

During a case study using the new method, Businger and lead author Thomas Robinson, who was a SOEST doctoral student at the time of this work, show a decrease in the number of false alarms of threating rain events. After running the model for an entire month, their results show that the new method is useful for predicting the amount and location of rain during precipitation events.

This new method can be incorporated in future versions of regional and global weather and climate models to gain a virtual increase in terrain resolution in a computationally efficient way. In the future, this method can be applied to other models over a larger area to similarly improve precipitation forecasts. Future work can also explore how the method performs with different conditions and how predictions of phenomenon other than precipitation may be impacted by the terrain enhancement.