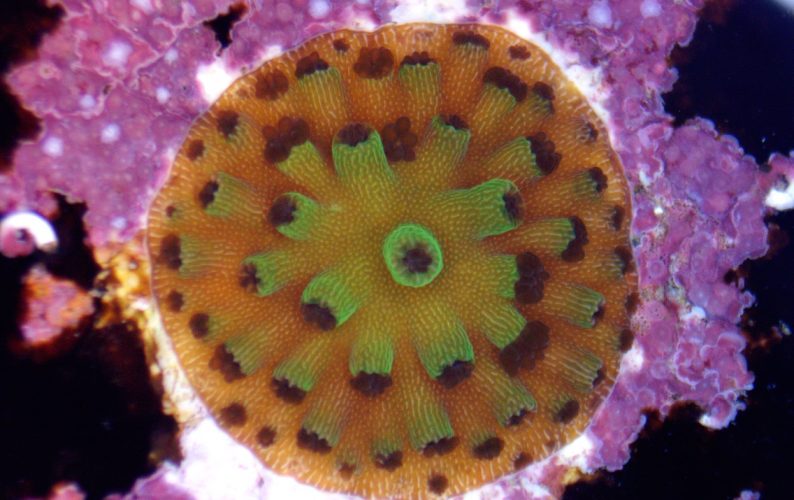 Flash-frozen sperm collected from corals in Florida and Puerto Rico was used to fertilize coral eggs from hundreds of miles away in Curaçao. The juvenile corals raised from this trans-Caribbean coupling demonstrate the reproductive compatibility of coral colonies that would otherwise be too far apart to produce offspring in the wild and they represent the largest wildlife population ever raised from cryopreserved material.

A paper describing this study, by an international team of researchers, including Mary Hagedorn at the University of Hawaiʻi at Mānoa School of Ocean and Earth Science and Technology (SOEST), was published in the Proceedings of the National Academy of Sciences.

The technique could be used as a conservation tool by introducing genetic variation into endangered corals and potentially accelerating their adaptation to climate change.

“Most corals only attempt sexual reproduction once a year and the eggs and sperm are only viable for a short time period,” said Hagedorn, a research biologist at the Smithsonian Conservation Biology Institute and UH Mānoa’s Hawaiʻi Institute of Marine Biology. She is the lead author of this study, and has developed the technique to cryopreserve coral sperm in her laboratory at UH. “Cryopreservation allows us to breed corals with parentage from hundreds of miles apart.”

“Corals are a vital foundation species for reef ecosystems,” said Iliana Baums, professor of biology at Penn State and one of the leaders of the research team. “Reefs provide habitat for astonishing species diversity, protect shorelines and are economically important for fisheries, but they are suffering in many places due to warming ocean waters. Without intervention, we will continue to lose corals to climate change with potentially disastrous consequences.”

“To increase genetic diversity in corals, we can use ‘assisted gene flow’ by bringing corals together that are physically distant in the wild, but this is logistically incredibly difficult,” said Baums.

Most corals reproduce by broadcasting bundles of eggs and sperm into the sea water in a spectacular spawning event timed with the full moon. The researchers collected these bundles from corals in Florida and Puerto Rico, separated the eggs and sperm, and then quickly froze the sperm cells using a liquid nitrogen cryopreservation technique.

“Because these corals only produce eggs and sperm once per year, frozen sperm collected in Florida and Puerto Rico needed to be cryopreserved in advance and stored for over a year until it could be used for a spawning event in Curaçao,” said Baums.

Some of the sperm were kept frozen at the USDA National Animal Germplasm Program’s gene bank for up to 10 years. The frozen sperm was transported to Curaçao where it was thawed and used to fertilize fresh eggs collected locally. The fertilized eggs developed into larvae that were then transported back to two facilities in Florida, where they were allowed to develop into adults.

A tool for conservation

“Overall, 42% of the trans-Caribbean coral offspring survived to at least six months, the highest survival rate ever achieved in this endangered species,” said Kristen Marhaver, a marine biologist at the CARMABI Foundation in Curaçao and co-corresponding author of the study. “This would have been impossible without the skill and hard work of the aquarists who joined our collaboration.”

“We confirmed the trans-Caribbean parentage of the corals using a genotyping ‘chip’ developed in my lab,” said Baums. “These results demonstrate that assisted gene flow could be a valuable tool in conservation by introducing genetic diversity into this critically endangered marine species.”

In addition to Baums, Hagedorn, and Marhaver, the research team includes Trinity Conn at Penn State; Claire Lager and Nikolas Zuchowicz at the Smithsonian Conservation Biology Institute; Christopher A. Page at the Mote Marine Laboratory in Florida; Keri O’Neil at The Florida Aquarium Center for Conservation; Daisy M. Flores at the University of Bremen in Germany; Lucas Tichy at Raboud University in The Netherlands; Valérie F. Chamberland at SECORE International in Ohio and CARMABI Foundation in Curaçao; Kathryn Lohr at the University of Florida/IFAS; Harvey Blackburn at the U.S. Department of Agriculture; Tali Vardi at the National Oceanic and Atmospheric Administration Fisheries; Jennifer Moore and Tom Moore at the National Oceanic and Atmospheric Administration; and Mark J. A. Vermeij at CARMABI Foundation in Curaçao and the University of Amsterdam.

The research was funded by the Paul G. Allen Family Foundation. Additional support was provided by the Smithsonian Conservation Biology Institute, the Hawaii Institute of Marine Biology, the Volgenau Fitzgerald Family Fund, National Geographic, the U.S. National Science Foundation, and the Government of Curaçao.