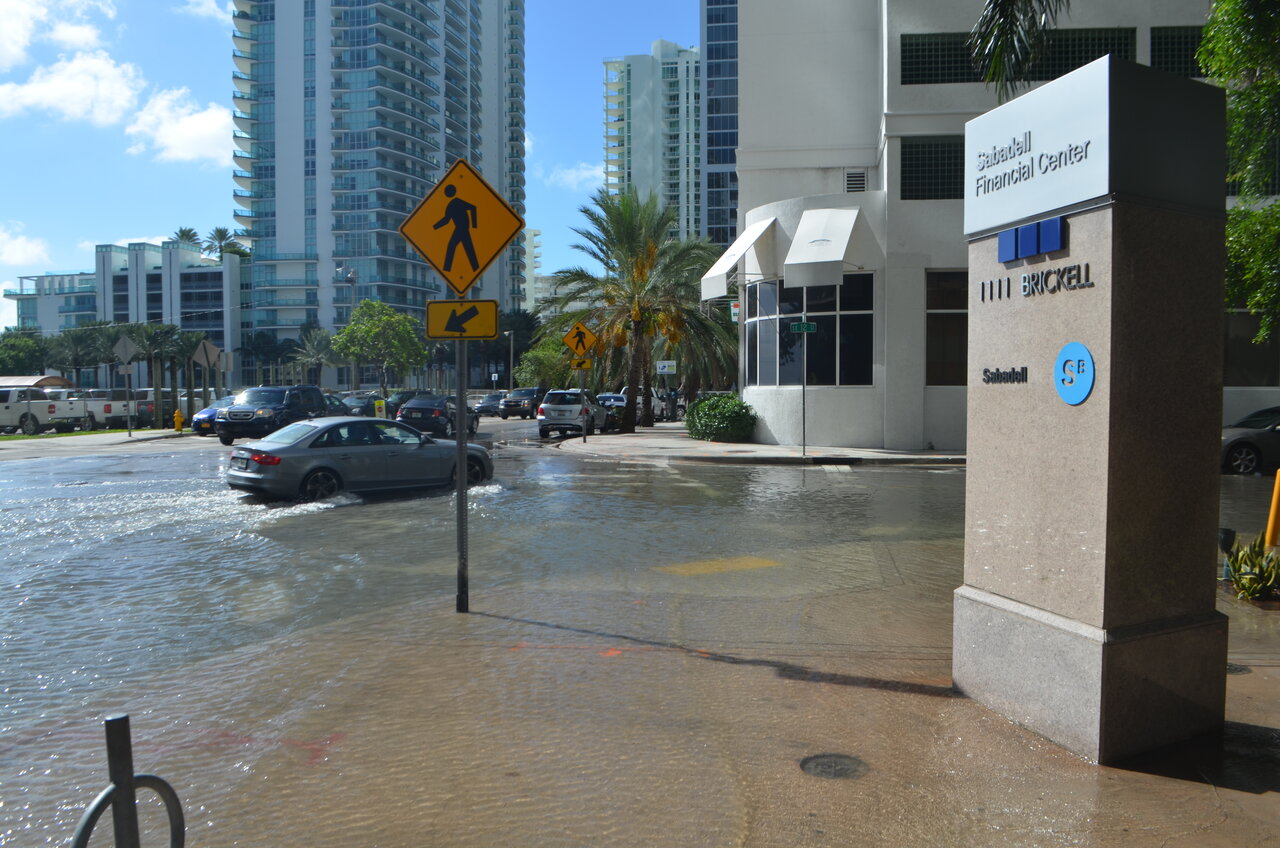 This editorial by SOEST Assistant Professor and director of the UH Sea Level Center Philip R. Thompson was posted in The Hill on July 20, 2021.

Full moon, new moon. High tide, low tide. These are dependable rhythms of our planet. It is not surprising then, that news of a “wobble” in the moon’s orbit—one with implications for the growing problem of U.S. coastal flooding — has piqued the curiosity of many.

So, what exactly is this “wobble?” The word wobble suggests a breakdown in the regular and predictable motion of the moon and its influence on the tides. This is not the intended meaning, though. What the media has termed the “wobble” is actually a cycle as regular as the seasons but occurring over decades rather than months. More specifically, the path of the moon’s orbit around Earth is tilted in space and rotates once every 18.6 years with a motion similar to the undulations of a spinning coin just before it falls flat. This motion is more precisely described as lunar nodal precession, and it is most certainly not a new discovery. Astronomers have observed this phenomenon for millennia by documenting gradual changes to the moon’s position in the night sky.

Precession of the moon’s orbit is not merely an astronomical phenomenon—it also affects ocean tides, which is how this esoteric “wobble” is connected to coastal flooding and made it into the headlines. The effect of precession on tides is not the same everywhere: To get an idea of the size of the effect, consider St. Petersburg, Florida, where the height of the highest tides changes over the lunar precession cycle by a little less than two inches. That may not seem like much, but keep in mind that the total amount of global average sea-level rise over the last decade is also a little less than two inches. That means that the “wobble” has roughly the same impact on the height of high tides as the most recent decade of global sea-level rise.

These seemingly small changes can have big consequences because high-tide flooding is a game of inches, where benign high water levels suddenly become impactful as the edge of a storm drain or sea wall is breached. Not to mention that the extent and frequency of such events increases rapidly with every incremental increase in the height of high tides. In St. Petersburg, for example, increasing the height of high tides by four inches (similar to the influence of the “wobble” plus a decade of sea-level rise) can produce an increase from 10 high-tide floods per year to 45 floods per year. That same four inches in Honolulu, Hawaii can produce an increase from 10 to almost 70 high-tide floods per year. Inches matter.

Of course, this is not the sort of extreme flooding that makes good fodder for a Hollywood climate-disaster film. Instead, high-tide flooding can occur on a sunny, otherwise normal day and result in impacts like minor erosion; backed up drainage and sewage systems; and/or standing water in roads, parking lots and basements.

We should be careful, though, not to confuse lack of total destruction for lack of importance. This is often a challenge in communicating the real-world, incremental impacts of ongoing climate change. High-tide flooding may not produce the next Atlantis, but it will cause an insidious accumulation of seemingly minor economic and infrastructural consequences. The impact will become acute as more and more events occur over increasingly narrow windows of time.

Planning for any aspect of climate change requires acknowledging and understanding the interplay between natural cycles and human-induced climate trends. Both exist, and the existence of one does not preclude the other. A decade-long global warming “pause,” for example, does not mean that a century-long warming trend is not happening.

Similarly, my research team has shown that precession of the moon’s orbit will at times act to slow (and perhaps even pause) increasing frequency of high-tide flooding due to sea-level rise. But we also know that the opposite will occur, and many U.S. coastal communities will experience periods of rapid increase in high-tide flooding when the cyclical “wobble” acts to enhance the effects of sea-level rise.

Our work specifically points to the mid-2030s as the onset of one such period of rapid change. Under the NOAA Intermediate scenario for sea-level rise, we project that a majority of coastal locations in the Gulf of Mexico, California and Hawaiʻi will experience at least a quadrupling and as much as a ten-fold increase in the frequency of high-tide floods over a 10-year period beginning in the 2030s. These communities will join the many places along the U.S. East Coast that already experience recurrent flooding at high tide, transforming a regional problem into a national issue.

To make matters worse, the onset of this rapid change will come on the heels of a period during which the cyclical “wobble” will suppress increases in high-tide flooding due to sea-level rise. It is essential that affected communities are not complacent during the period of slow change in order to avoid being caught off guard by the rapid change to follow. Fortunately, we can point to a specific natural cycle to predict and explain what is happening, but continued reminders will be necessary.

In Hawaiʻi, where I live, there is a proverb: I Kahiki ka ua, ako ʻē ka hale, which means “while the rain is far away, thatch the house.” The mid-2030s are not all that far away, and the infrastructure projects needed to mitigate the impacts of increased high-tide flooding will take time and resources.

Now is the time to acknowledge the changes we are observing, to be realistic about what’s to come, and to get to work ensuring that our coastal communities are resilient and thrive in the coming decades.

—Philip R. Thompson, is an assistant professor in the SOEST Department of Oceanography and director of the UH Sea Level Center. He is the lead author of a recent study that generated headlines by showing how a natural cycle in the moon’s orbit affects future coastal flooding due to sea-level rise. Read more about the study in the SOEST news story.