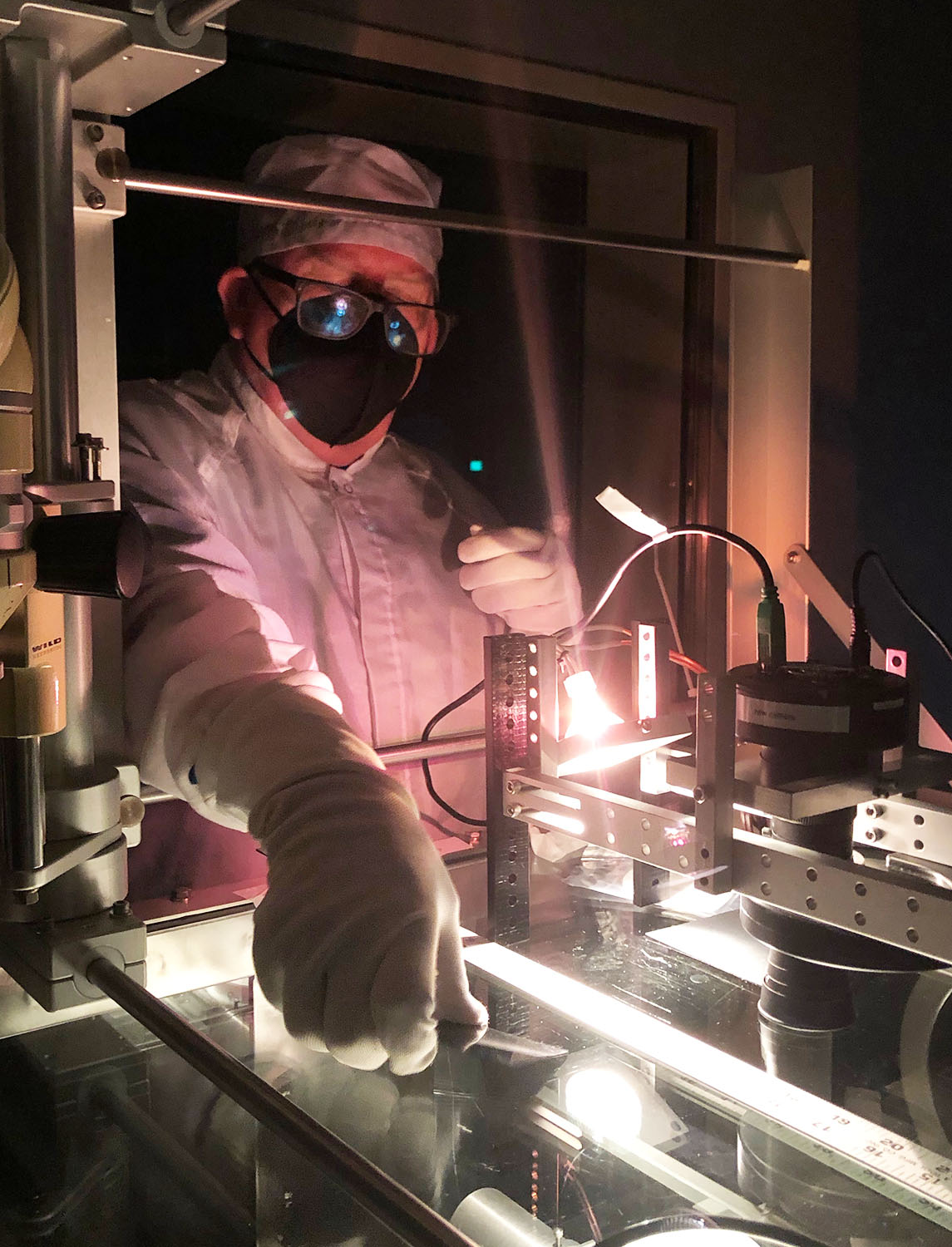 It’s exciting times for a new generation of lunar scientists looking at the samples returned from the Apollo 17 mission almost exactly 50 years ago, in December 1972. Hawai‘i Institute for Geophysics and Planetology‘s Lingzhi Sun and Paul Lucey are working at the Lunar Curatorial Facility at NASA’s Johnson Space Flight Center in Houston with HIPG graduate students Chiara Ferrari-Wong and Abigail Flom to conduct some preliminary inspections of never-before-open soil core tubes collected from the Taurus-Littrow landing site on the Moon.

On their return to Earth, these cores were locked away to await the development of better instrumentation to make more detailed measurements and now is the time that they will finally be studied. The Principal Investigator for the project is Chip Shearer at the University of New Mexico. Collectively, the team is conducting multispectral measurements of these “new” cores to map the concentration of iron and titanium within the core, as well as determine the degree of exposure of the material space prior to burial and, hence, the relative age of different parts of the sample.

Most interesting is the fact that the HIGP investigators have already detected the presence of black pyroclastic glass produced by explosive eruptions that has also been found in other lunar samples. The new core samples will soon be made available to the broader scientific community for more detailed analysis, so this is a great opportunity for our Team to gain first-hand knowledge of what the samples contain.