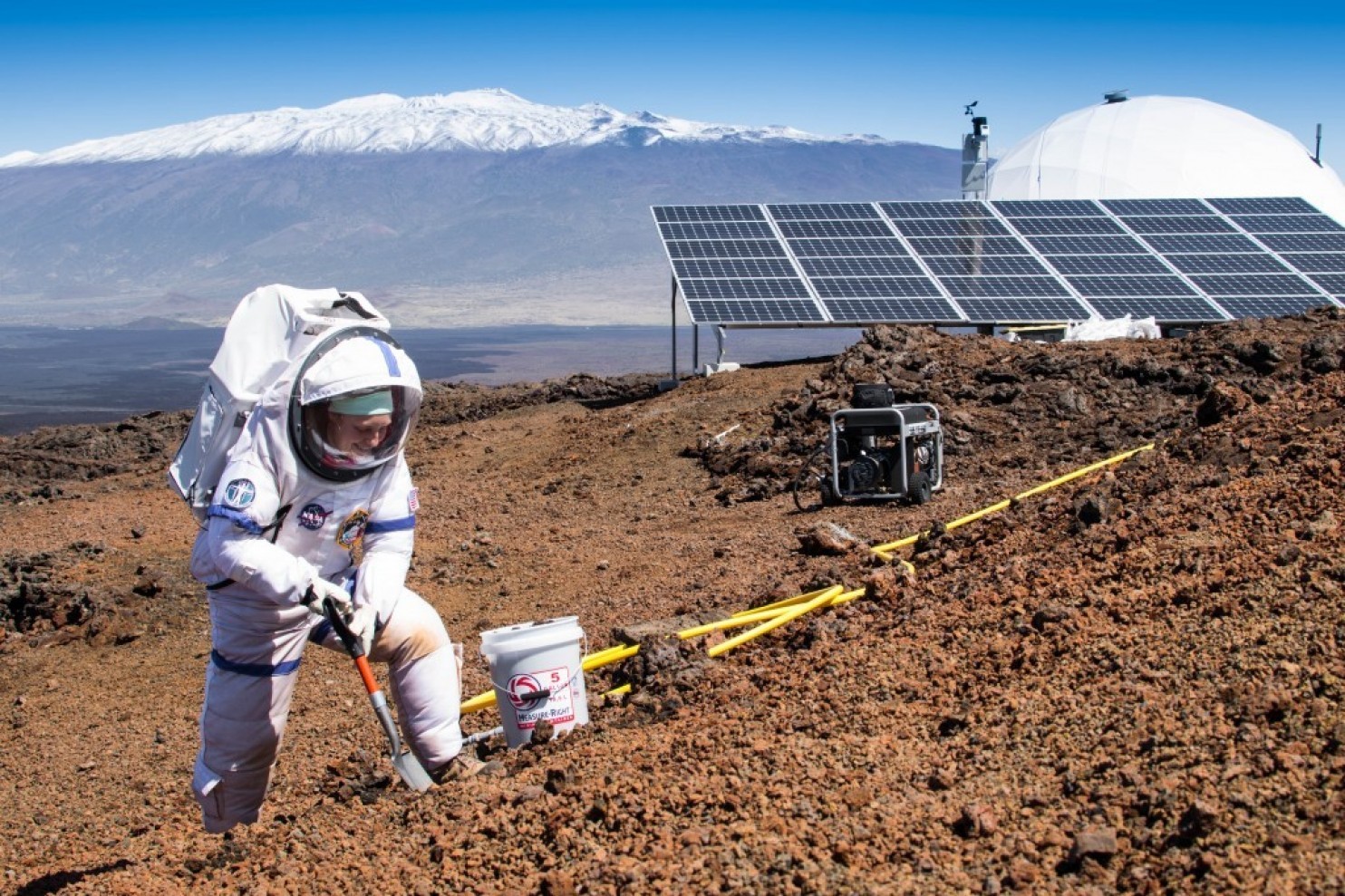 What is it like to live on Mars? That’s one of the questions researchers are studying at the University of Hawai‘i, and now, one of the space simulation studies is coming to an end on Friday 11 June 2015. In October 2014, six people were chosen to take part in a simulated Mars mission by NASA and the UH. After living together for eight months in an isolated dome atop Mauna Loa on Hawai‘i Island, they’ll wrap up their mission Saturday.

The research gathered from the Hawai‘i Space Exploration Analog and Simulation (HI-SEAS) habitat gave NASA insight into how people are able to work and live together over a long period of time. To celebrate their return to Earth, so to speak, the crew members plan to skydive from an Army Chinook helicopter Saturday, simulating their re-entry to our planet’s atmosphere.

Principal investigator Dr Kim Binsted is a professor of Computer Science and a graduate student in Geology and Geophysics.