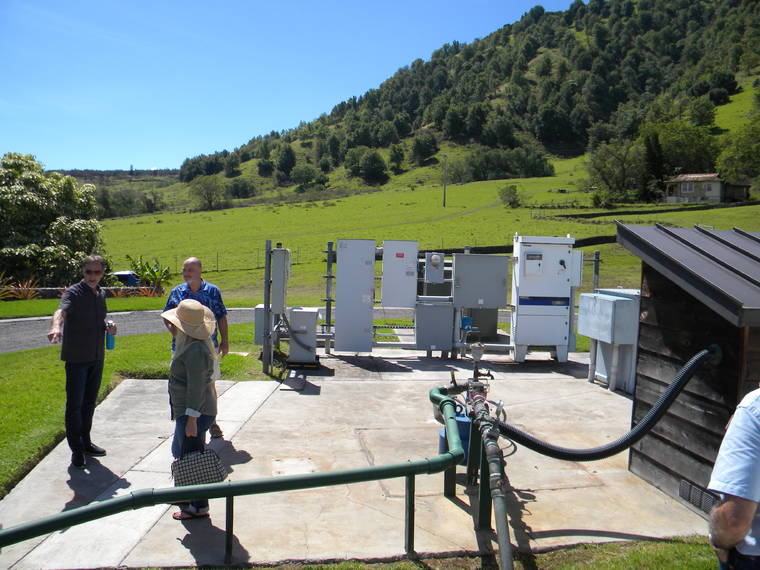 Tucked among the old-time paniolo ranches in North Kona on Hawai‘i Island is a cutting-edge ranch of a different kind. The Pu‘u Wa‘awa‘a energy ranch, the brainchild of video-game developer and entrepreneur Henk Rogers, is an off-grid laboratory devoted to testing and developing renewable energy systems. Rogers, the founder of the Blue Planet Foundation, is pushing to make the state’s energy use 100% renewable by 2045, ending the state’s reliance on fossil fuels that are acidifying the ocean and killing the coral reef.

Solar plus hydrogen fuel is Blue Planet’s vision for the island’s future.

There’s a chicken and egg problem with hydrogen for vehicles, said Mitch Ewan, hydrogen systems program manager of the Hawai‘i Natural Energy Institute (HNEI). The vehicles need hydrogen fueling stations, while the fueling stations can’t be economically constructed without an assured customer base. One solution is adding hydrogen-fueled buses to the county’s Hele-On system. “The idea is use the public transportation to prime the pump and get the infrastructure in place and help people learn about hydrogen,” Ewan said.

Read more about it at the Hawaii Tribune-Herald.