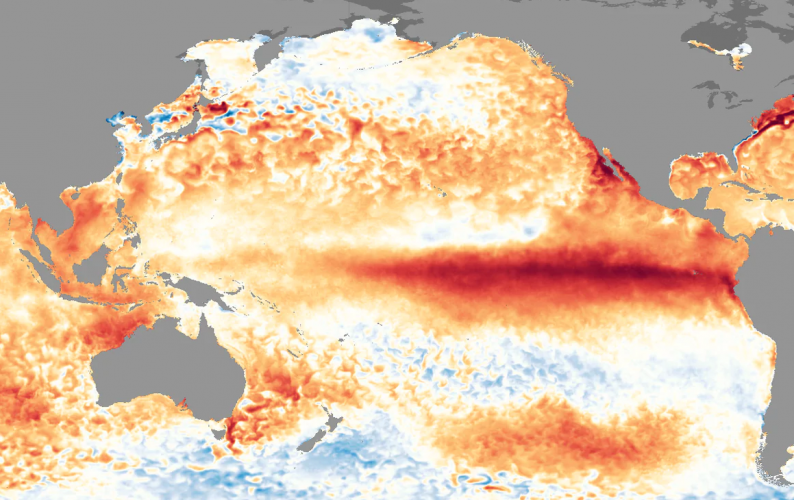 El Niño events cause serious shifts in weather patterns across the globe, and an important question that scientists have sought to answer is: how will climate change affect the generation of strong El Niño events?

A new study, published in the Proceedings of the National Academy of Science by a team of international climate researchers led by Bin Wang, professor of Atmospheric Sciences and researcher at the International Pacific Research Center (IPRC), answers that question. Results show that since the late 1970’s, climate change effects have shifted the El Niño onset location from the eastern Pacific to the western Pacific and caused more frequent extreme El Niño events. Continued warming over the western Pacific warm pool promises conditions that will trigger more extreme events in the future.

The team examined details of 33 El Niño events from 1901 to 2017, evaluating for each event the onset location of the warming, its evolution and its ultimate strength. By grouping the common developmental features of the events, the team was able to identify four types of El Niño, each with distinct onset and strengthening patterns. Looking across time, they found a decided shift in behavior since the late 1970’s: all events beginning in the eastern Pacific occurred prior to that time, while all events originating in the western-central Pacific happened since then. They also found that four of five identified extreme El Niño events formed after 1970.

Read more about it in the Washington Post, the New York Times, Newsweek, the Weather Channel, Hawaii News Now, Hawaii Trubune-Herald, and the UH System News.