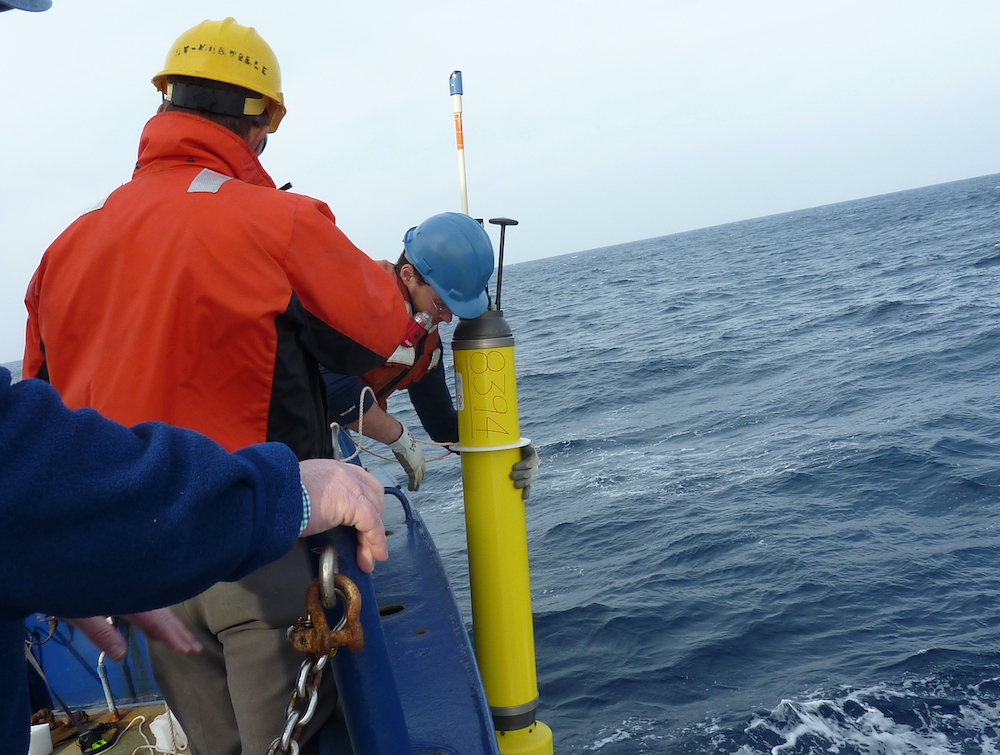 Changes in ocean physics, chemistry, and biology are occurring in response to human activities.  University of Hawai‘i at Mānoa oceanographer Seth Bushinsky recently received an infusion of support from the National Oceanic and Atmospheric Administration (NOAA), the National Science Foundation (NSF) and the National Aeronautics and Space Administration (NASA) to use satellites and ocean floats to gain new insights into the global ocean.

Through four grants totaling over $2.7 million Bushinsky, assistant professor in the UH Mānoa School of Ocean and Earth Science and Technology, and collaborators will bring together existing ocean observation data from around the world and make new measurements to understand critical carbon cycle processes in the North Pacific and Southern Oceans. Together, these diverse efforts will offer a big picture of global ocean dynamics and a deep dive—literally and scientifically—into the complex interplay of biology, physics and chemistry in the two study locations.

“Understanding the mechanisms that determine when and how the ocean takes up carbon and oxygen from the atmosphere is important to our fundamental knowledge of ocean biogeochemistry and to our ability to model future climate,” said Bushinsky.

A worldwide array of Argo profiling floats carries multiple sensors to measure changes in temperature, oxygen, nitrate, carbon and acidification throughout the ocean–from surface to the deep.

“Although this network of floats enables global monitoring of the oceans, there are no unified float datasets that integrate all observations,” said Bushinsky. “Our NOAA-funded project will assess and adjust observations from the international Argo float database to produce an internally consistent global database. Beyond our immediate interests in changes to ocean oxygen and carbon, this tool will be invaluable to climate monitoring and modeling communities, for example, or to ecosystem modelers interested in ocean health and fisheries management.”

With funding from NSF, Bushinsky and co-investigators will deploy five new Argo floats in an area of the western North Pacific Ocean called the Kuroshio Extension, where there is significant carbon dioxide uptake. New data gathered will fill a void of observations and enable researchers to link the formation of interior water to changes in carbon dioxide and oxygen, greatly advancing understanding the drivers of these changes.

“We will use these observations to both calculate the drivers of air-sea carbon dioxide and oxygen fluxes, to validate computer model projections and to link the observed mechanisms to longer-term variability and climate processes,” added Bushinsky.

The Southern Ocean is a critically important component of the global climate system that constitutes the largest oceanic sink for human-produced carbon and heat.

New funding from NASA will support Bushinsky and co-investigators to assess data from newly available profiling floats in the Southern Ocean, satellite observations, and model simulations to improve understanding of the mechanisms, magnitude, seasonal cycle, and variability of air-sea exchange of carbon dioxide in this region.

Through the Future Investigators in NASA Earth and Space Science and Technology (FINESST) program, Bushinsky’s graduate student Shannon McClish received funding to characterize the impact of seasonal sea ice on the productivity of microscopic plants, called phytoplankton, in the Southern Ocean.

After phytoplankton bloom in surface ocean, they can sink to the deep sea and effectively pull carbon out of the atmosphere. McClish will combine satellite estimates of phytoplankton activity and chemical data from profiling floats to estimate how much carbon is shuttled to the deep during bloom events.

“This study will help us determine how sea ice influences regional patterns of organic carbon production by phytoplankton which is critical to understanding the Southern Ocean carbon cycle and potential future change,” said McClish.

“Together, these four projects will take us a long way toward understanding the mechanisms that drive carbon uptake in the Southern Ocean and the North Pacific, two ocean regions that are integral to the global carbon cycle,” said Bushinsky. “We also will greatly increase our ability to understand long-term changes and short, extreme variations in ocean biogeochemistry, a crucial tool in the face of ocean acidification, warming, and deoxygenation. There’s a lot of work ahead but I’m looking forward to expanding our group and uncovering some of the fundamental processes in ocean biogeochemistry.”