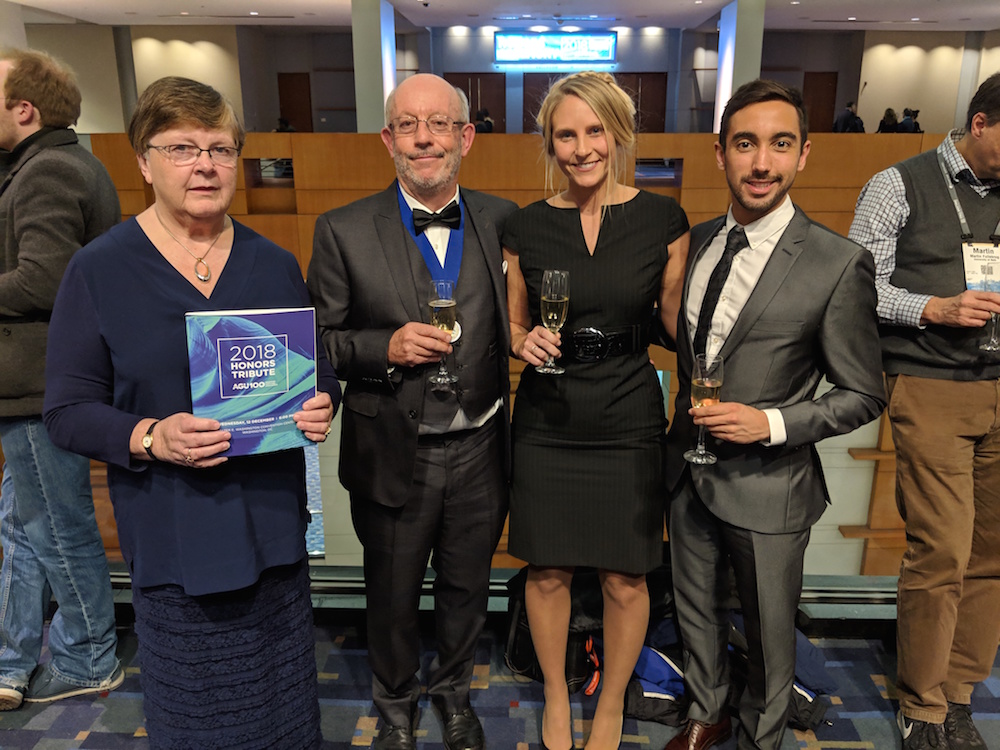 Bruce Houghton, the Gordon A. Macdonald Professor of Volcanology in the University of Hawai‘i at Mānoa School of Ocean and Earth Science and Technology (SOEST) and science director of the FEMA-funded National Disaster Preparedness Training Center at UH Manoa, has been elected a Fellow of the American Geophysical Union (AGU). Houghton, who joined SOEST in 2000, has made impressive contributions internationally in the field of volcanology and volcanic hazards.

The AGU is an international non-profit scientific association with 60,000 members in 137 countries. Each year since 1962, the AGU has elected as Fellows members whose visionary leadership and scientific excellence have fundamentally advanced research in their respective fields. It is a distinguished honor bestowed upon no more than 0.1 percent of the AGU membership annually.

“AGU Fellows are recognized for their outstanding contributions to scholarship and discovery in the Earth and space sciences. Their work pushes the limits of human knowledge by helping to understand better the complex world and universe around us and to build the knowledge base for a more sustainable future,” said Eric Davidson, AGU President, in the announcement.

Houghton was a member of the US Geological Survey field response team throughout the 2018 volcanic crisis at Kilauea. He has also worked on the science response during three other Hawaiian eruptions between 2008-2018, and was the lead scientist for two major eruption crises in New Zealand between 1995-1996.

“A giant of volcanology, Bruce has tackled ‘big’ problems in geology with innovative approaches and technologies, and is truly a scientist of outstanding distinction,” stated his nomination letter for the Thorarinsson Medal, the highest international award in volcanology, which Houghton received in 2017. “His research has not only generated a wealth of new scientific understanding, but also pioneering advances in long-standing cornerstone volcanologic concepts.”

“This honor from the AGU is further acclaim for the excellence of Bruce’s work to understand the dynamics of volcanic eruptions and the human responses to same, which is so important to people living with active volcanoes, as we do in Hawai‘i,” said Brian Taylor, Dean of SOEST.

The 2018 class of Fellows will be recognized during the Honors Tribute on December 12, 2018 held during the AGU Fall Meeting in Washington, DC.