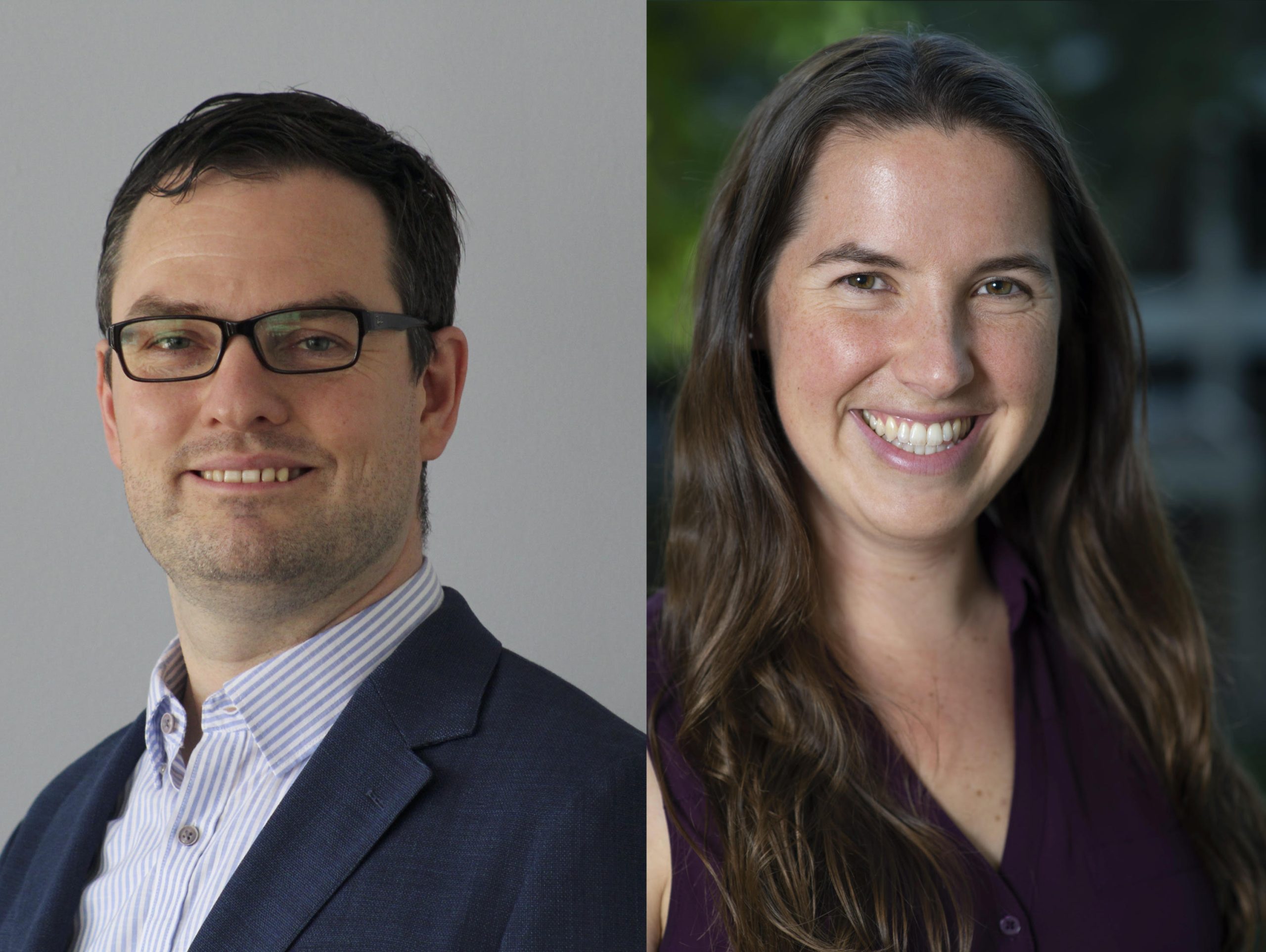 The National Science Foundation’s most prestigious awards in support of early-career faculty were granted to two faculty members from the University of Hawai‘i at Mānoa School of Ocean and Earth Science and Technology (SOEST). The Faculty Early Career Development (CAREER) Program selects scientists who have the potential to serve as academic role models in research and education and to lead advances in the mission of their department or organization.

Alison Nugent, assistant professor of atmospheric sciences, was awarded nearly $900,000 for her project to investigate the role of wind, waves, and other atmospheric and oceanic properties in the production of sea salt aerosol in coastal environments of three Pacific islands. Sea salt aerosol are natural particles suspended in the atmosphere, formed at the ocean surface from breaking waves and bursting bubbles.

Despite their small size, sea salt aerosol are important in the marine atmosphere as they impact phenomena including solar radiation and cloud formation–both key controllers of Earth’s climate, and important for understanding future climate changes. However, due to scientists’ incomplete understanding of the sizes and number of particles produced by breaking waves, especially in coastal regions, it is difficult to assess their impacts.

Using 3D printed instruments that Nugent and her team designed and built, they will sample the sea salt aerosol size distribution—the number and size of salt particles in the atmosphere—under a variety of environmental conditions and locations to measure the production along coastlines. In addition, Nugent and her UH Mānoa students will create 3D-printed weather stations and install them in area schools on Oʻahu. Training workshops will be provided on two additional Pacific Islands to jumpstart cyberinfrastructure and enhance atmospheric monitoring on remote islands.

“Using high-quality, low-cost, hand-made instrumentation allows for this work to be accessible and engaging for students in a unique way, highlighting the role of curiosity, problem solving, and hands-on methodology from start to finish,” said Nugent.

This research builds on a high risk-high reward project that Nugent received funding for several years ago. That NSF EAGER funding supports ideas that have the potential to be revolutionary in a scientific field. Nugent’s effort to develop a special instrument deployed on a kite to sample sea salt aerosols was successful.

“Receiving this award makes me feel incredibly honored and proves that time spent pursuing high risk ideas that one is passionate about is worthwhile,” she said.

Malte Stuecker, assistant professor in Oceanography and the International Pacific Research Center, was awarded over $710,000 for his project aimed at understanding the local and remote drivers of regional climate change. The warming effect of greenhouse gases is global but not uniform over the globe, and regional differences in warming have important consequences for climate change impacts and adaptation efforts. Despite considerable research, a clear understanding of what pattern of warming will materialize and which factors determine it has not yet emerged. In particular, it is not clear how much the sea surface temperature difference between the tropics and subtropics will change and whether the warming pattern in the Pacific will look more like El Niño or La Niña. A lot of the uncertainties in the warming pattern are due to the interplay between clouds and the general circulation of the atmosphere and ocean and how these interactions could change in the future.

With the new funding, Stuecker will assess the warming pattern using a suite of climate model experiments to identify the mechanisms that influence where and how much the surface ocean warms and how it changes over time. He will also consider how the warming pattern may influence rainfall around the world.

Through this project, Stuecker will also host workshops for students to develop scientific visualizations to explain climate change impacts relevant to Hawai‘i. The visualizations, also known as infographics, will be developed with consideration of community concerns regarding climate change. The resulting infographics will be distributed throughout Hawai‘i to help increase science literacy.“The infographics workshops serve to introduce climate science concepts to students outside STEM disciplines and at the same time train STEM students in science visualizations,” said Stuecker.